Hilary Swank called the SAG-AFTRA Healthplan an "antiquated, barbaric" system after filing a complaint over their decision not to cover treatment for ovarian cysts. 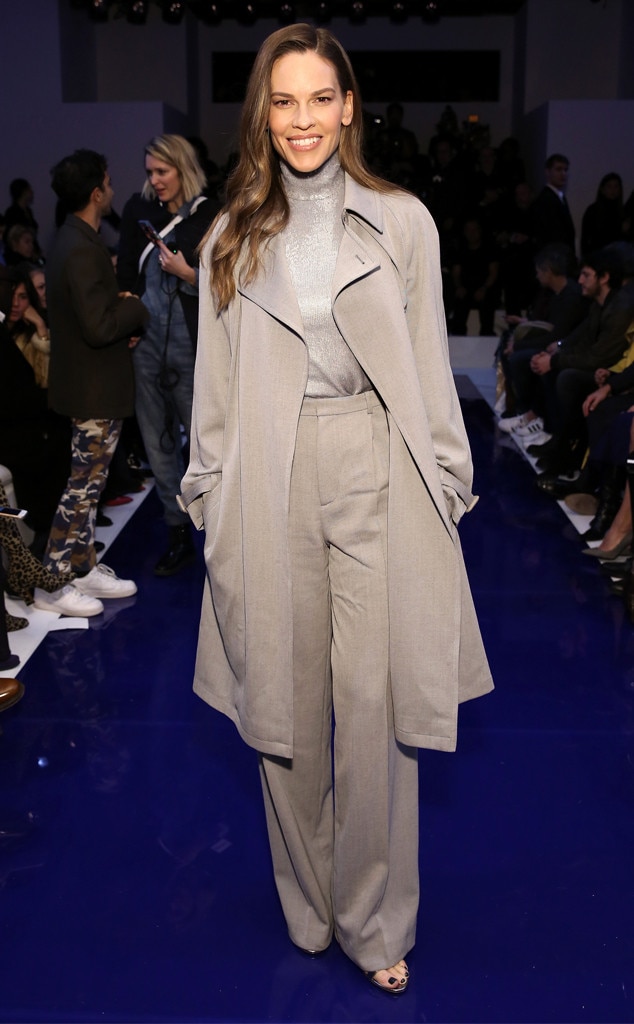 Hilary Swank is demanding that the Screen Actors Guild-American Federation of Television and Radio Artists treats "all their members equally" after the organization's board of trustees for the health plan denied her coverage.

In a lawsuit filed on Tuesday, Aug. 8 and obtained by E! News, the Million Dollar Baby actress explained that she previously sought treatment for malignant ovarian cysts in 2015, but the board of trustees ruled not to cover it as they considered it an infertility treatment, which was not included in their coverage.

Hilary alleged that the board of trustees came to this decision because they were "relying on the notion that the only purpose of preserving the health of an ovary is to procreate."

In response to their decision, Hilary and her doctors explained, "She was not seeking coverage for fertility treatment, but only for treatment for her ovarian cysts."

Despite the clarification from her health care team, Hilary claimed she didn't receive approval for the "medically necessary" treatments.

E! News reached out to SAG-AFTRA Healthplan for comment but didn't hear back.

Now, the star tells People she's "decided to speak up," because she knows other women are experiencing the same struggles as she did. "I have experienced it in my own life, and I continually read about it across social media and in the press," the actress explained in part. "Their policies are antiquated, barbaric and primarily view the role of women's organs solely as a means for procreation."

Kris Jenner on Why the Family Decided to End KUWTK

Hilary went on to decry the challenges of receiving treatment for issues, only to then be offered "incredibly limited services and procedures" by health insurance companies.

And while she may have the financial resources, Hilary remarked that many don't. "Based on what I learned, I know that most women can't afford the medical treatments necessary to cover simple female health issues. I can only assume they either financially deplete their resources, or they forgo the treatments, quietly suffering in pain and risking their lives," the star stated.

She continued, "My hope is to be a voice for them. SAG/AFTRA Healthplan claim they treat and protect all their members equally. I don't believe this is true. If you're a woman suffering from female health issues, I have no doubt you'll agree with me. If you're a man, ask your mother, your daughter, your sister, or a girlfriend. I already know the answer."