THIS 25-year-old single mum moved into a 325-square-foot tiny house three years ago and she now lives there with her two-year-old daughter. 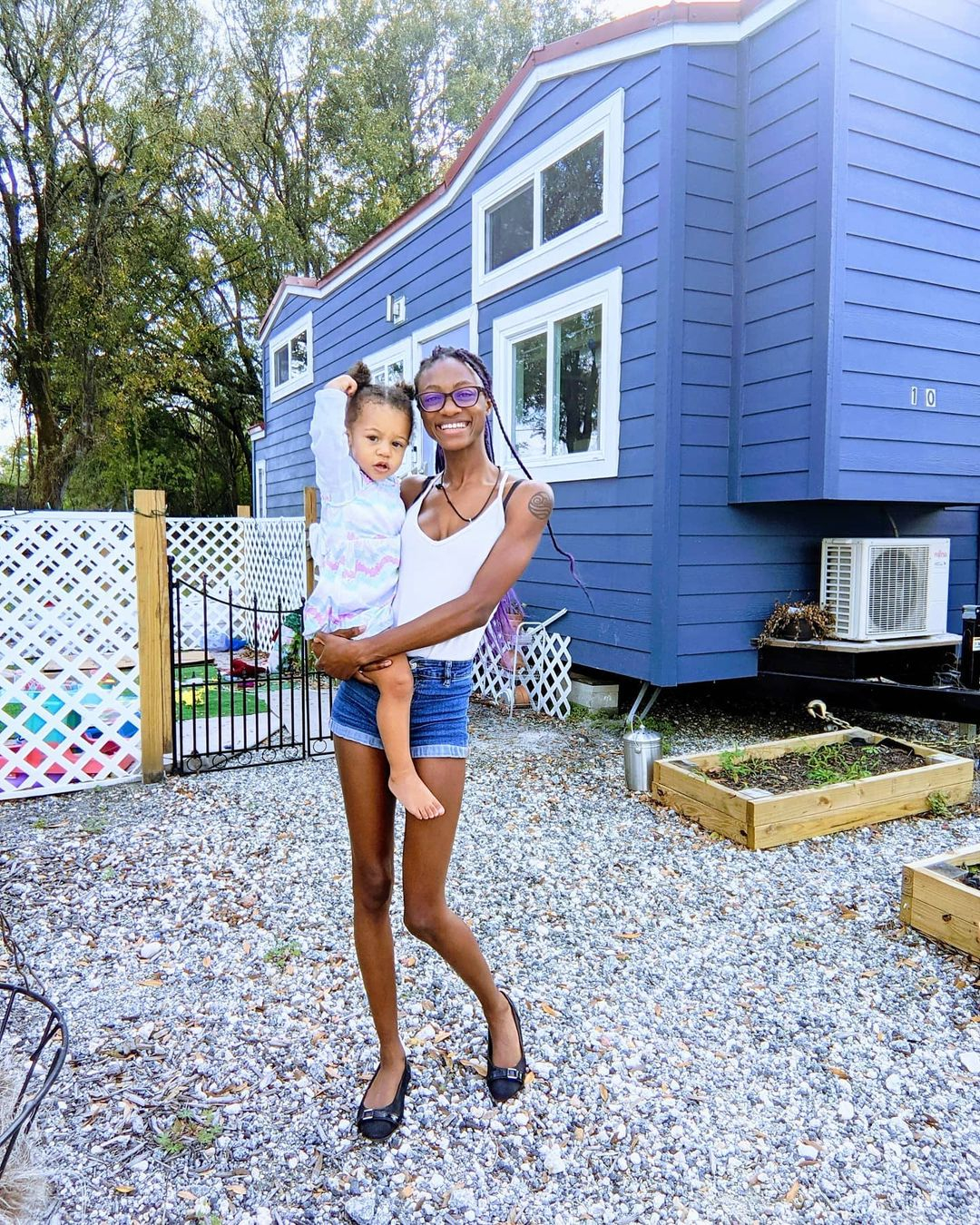 Even in a tiny space, Alexis manages to optimise storage and make room for herself and her daughter to have fun together and live comfortably.

The mum first became interested in tiny houses and “going tiny” when she saw that it was possible to buy a tiny house on Amazon and realised that it could be a much better investment than paying expensive rent every month.

It’s no mean feat to live in a house that’s only 325-square-foot, especially with a young daughter – so we can safely assume that Alexis’s decluttering techniques and storage hacks must be pretty great.

The most important aspect of the storage design in Alexis’s tiny house is her purpose-built storage loft. 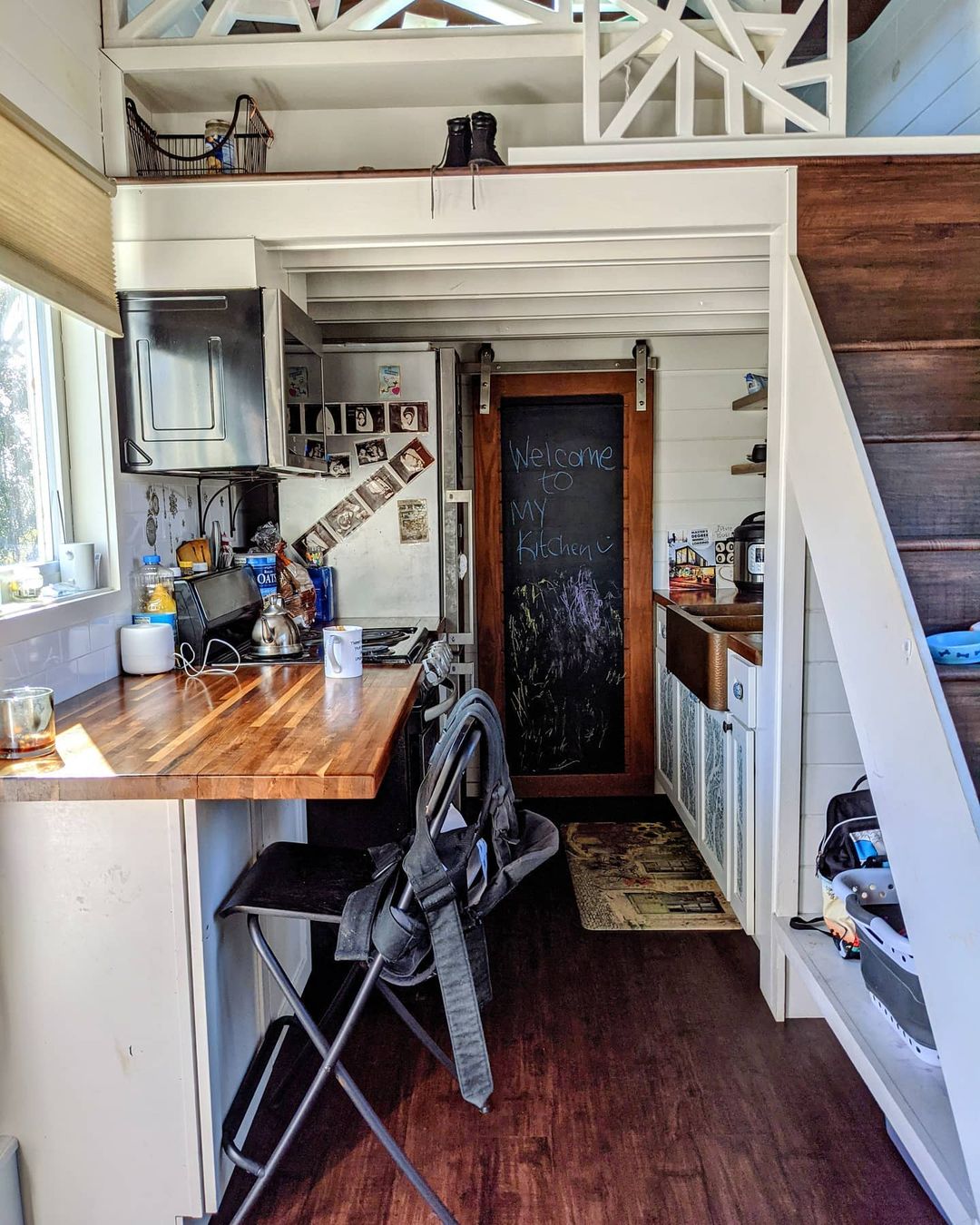 For now, the storage loft is dedicated to housing everything that doesn’t have a place downstairs in the tiny home, but in future it will be converted into Nalini’s bedroom.

On her Instagram, Alexis says: “When I designed this house I designed it so I could have TONS of extra storage space.”

This means that she could technically keep loads of Nalini’s toys up there.

However, a huge part of Alexis’s success in organising her house is actually just straightforward decluttering. 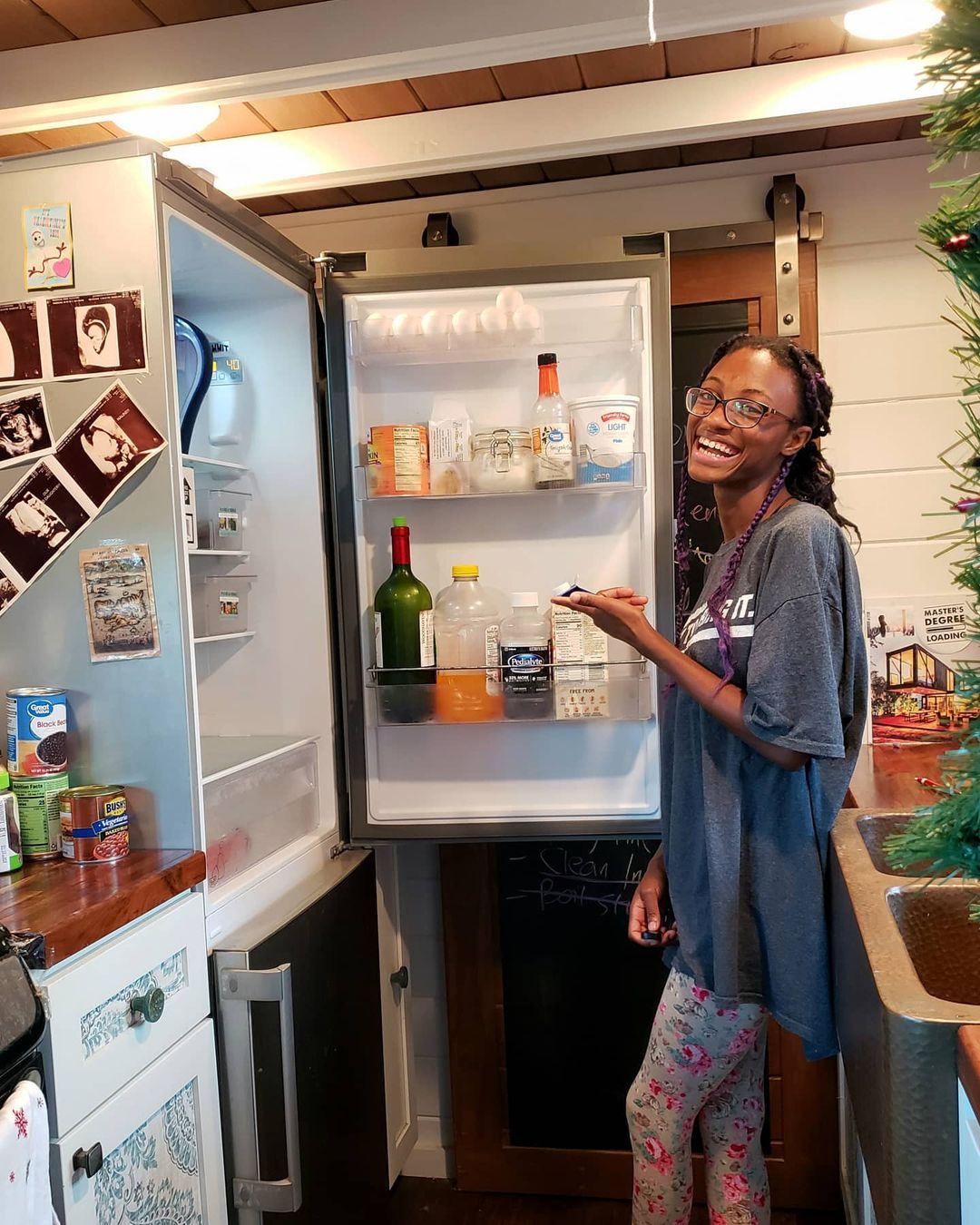 The mum says that “tiny living” has changed her, and has made her realise that instead of absolutely packing every storage space full of stuff, she would rather regularly declutter her space.

“Less clutter in my house (even when it’s not always visible. Less unnecessary possessions that I realistically won’t ever use again.”

When the mess becomes too much, Alexis says she does an “inventory audit”.

The mum described the process on her Instagram page: "So, how do I keep kid clutter from taking over the tiny house??? I do an inventory audit of course!

"Now that boss has gotten some new toys from the holiday season, it’s time I went through her old toys and donated anything she doesn’t play with!

"That way I’m never overridden with stuff, AND boss only has things she actually uses."

Of course, not all the storage in the tiny house is taken up with Nalini’s toys and clothes.

Alexis needs somewhere to store her stuff too – and she has an amazing technique for hiding her entire wardrobe. 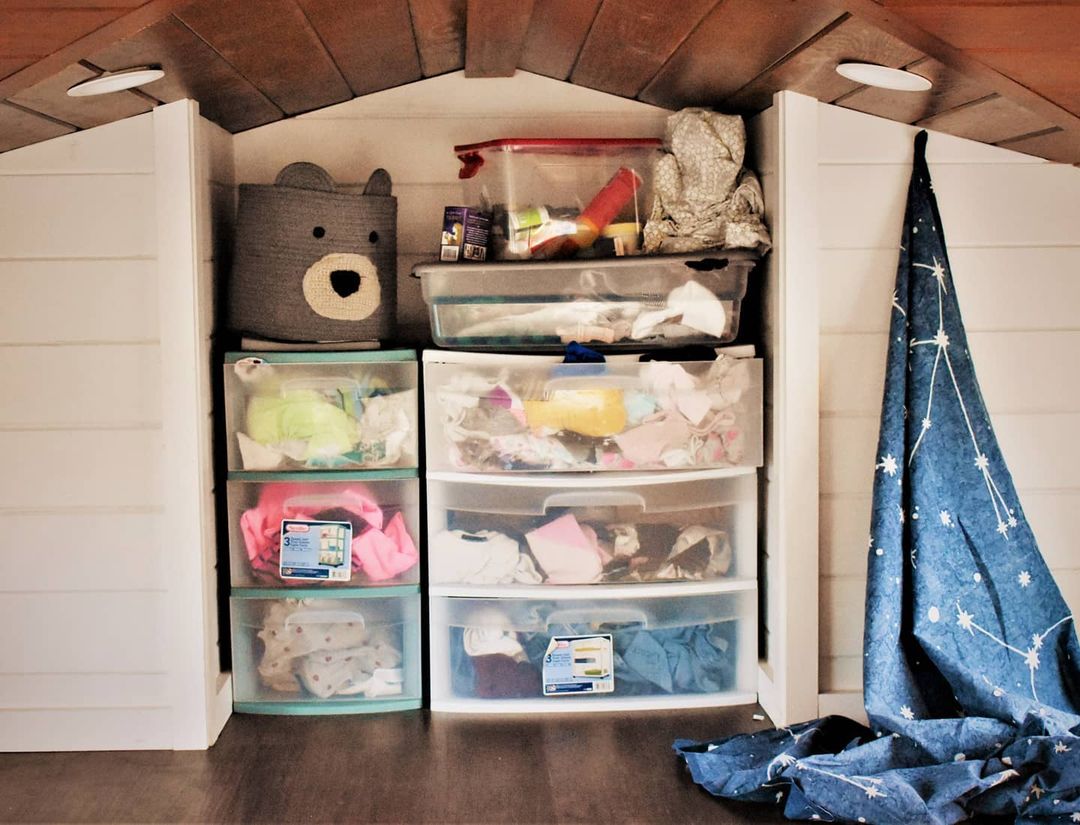 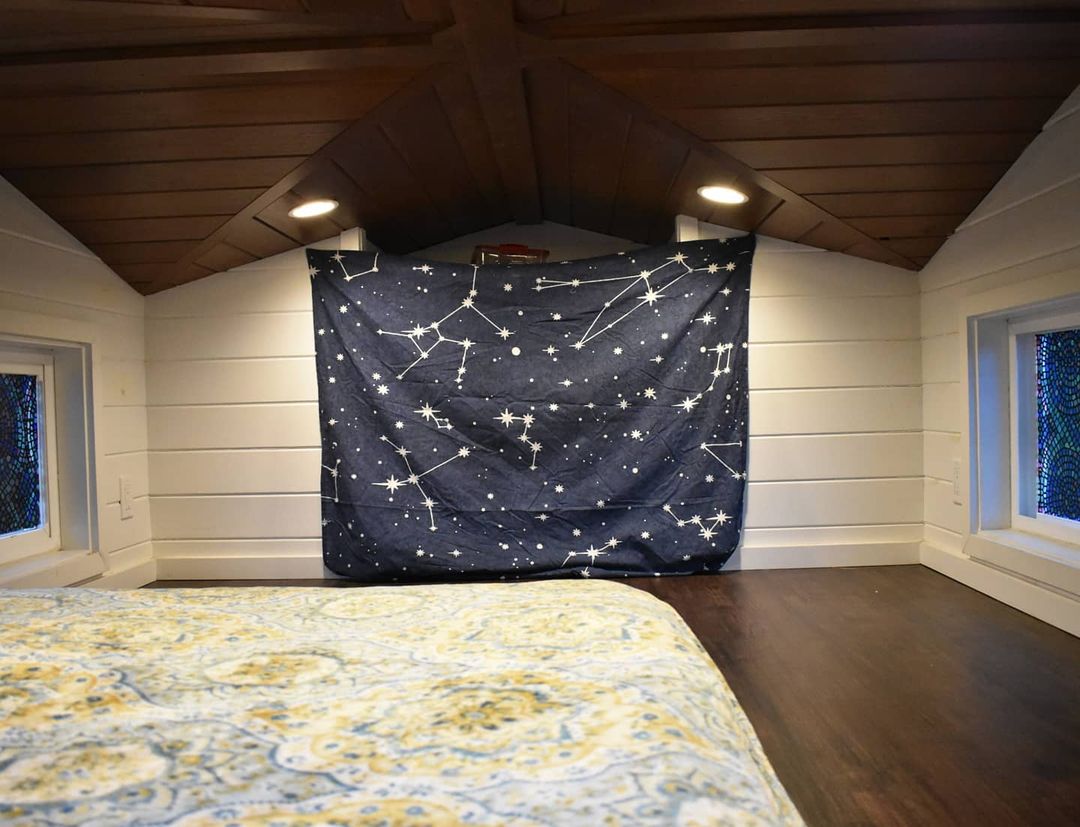 First, she got rid of lot unnecessary items from her closet, and then she managed to get them all stored away in plastic containers.

After neatly storing them in an alcove in her loft bedroom, the mum then hung a starry cover over the alcove, meaning her entire closet space is concealed, making it look super neat even in a very small space.

She explained: “Yep ALL my clothes (save my big winter jackets and my fancy work clothes) fit this bin and the bin on top. It took LOTS of decluttering to get down to this point BUT I did it and I’m pretty proud of myself.

“I found this tapestry and thought it would be PERFECT as a closet covering.”

She added: “Who doesn’t love looking at the stars from bed?”

Though it’s a priority for her to have enough storage space for her daughter’s toys, and enough room for herself and her daughter to play together, the mum also stresses that a house is for living – not just for cleaning and organising.

She says that tiny living has taught her that "it's ok to live in your home".

She elaborates: "When I first came back with boss, I cleaned all day every day. 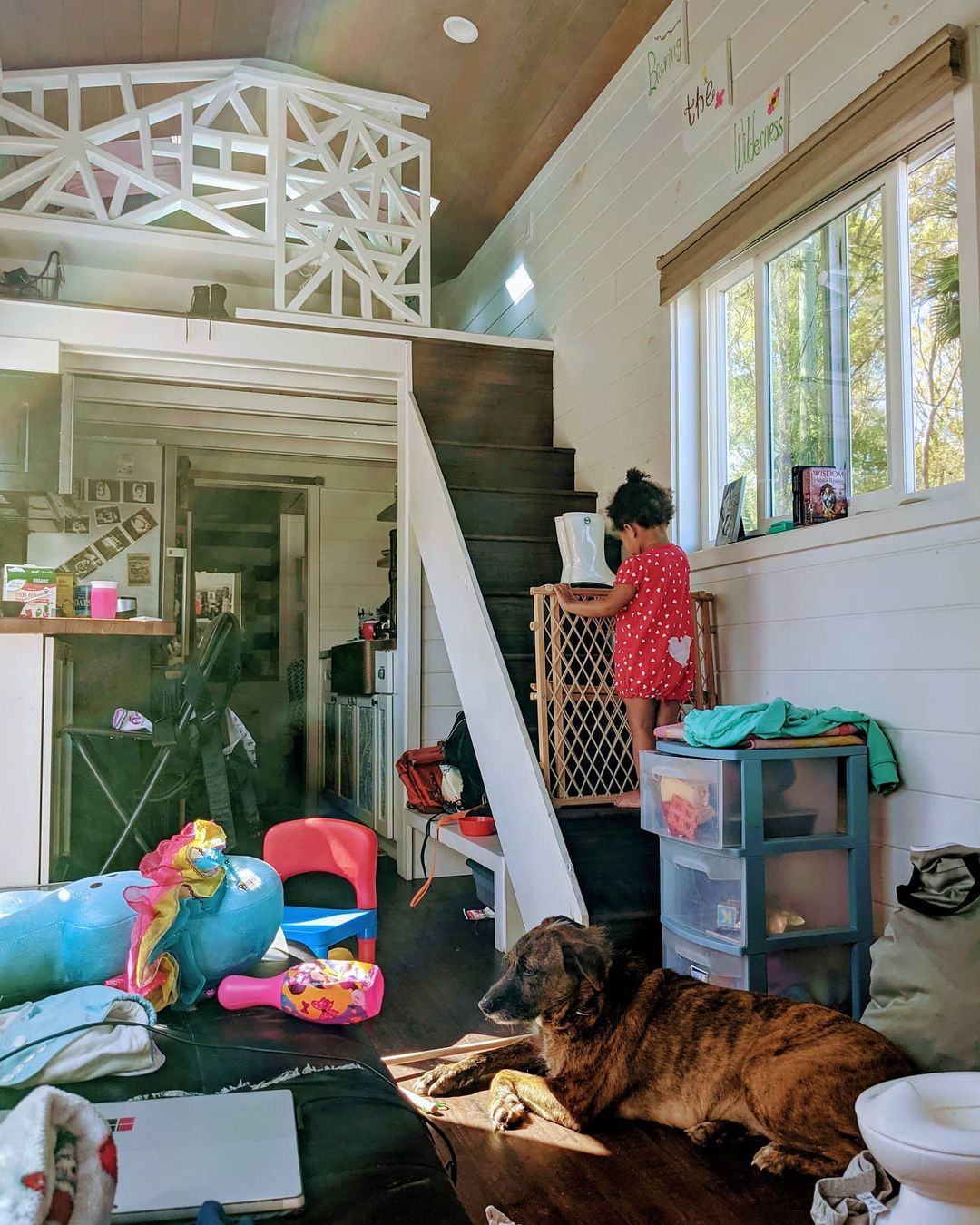 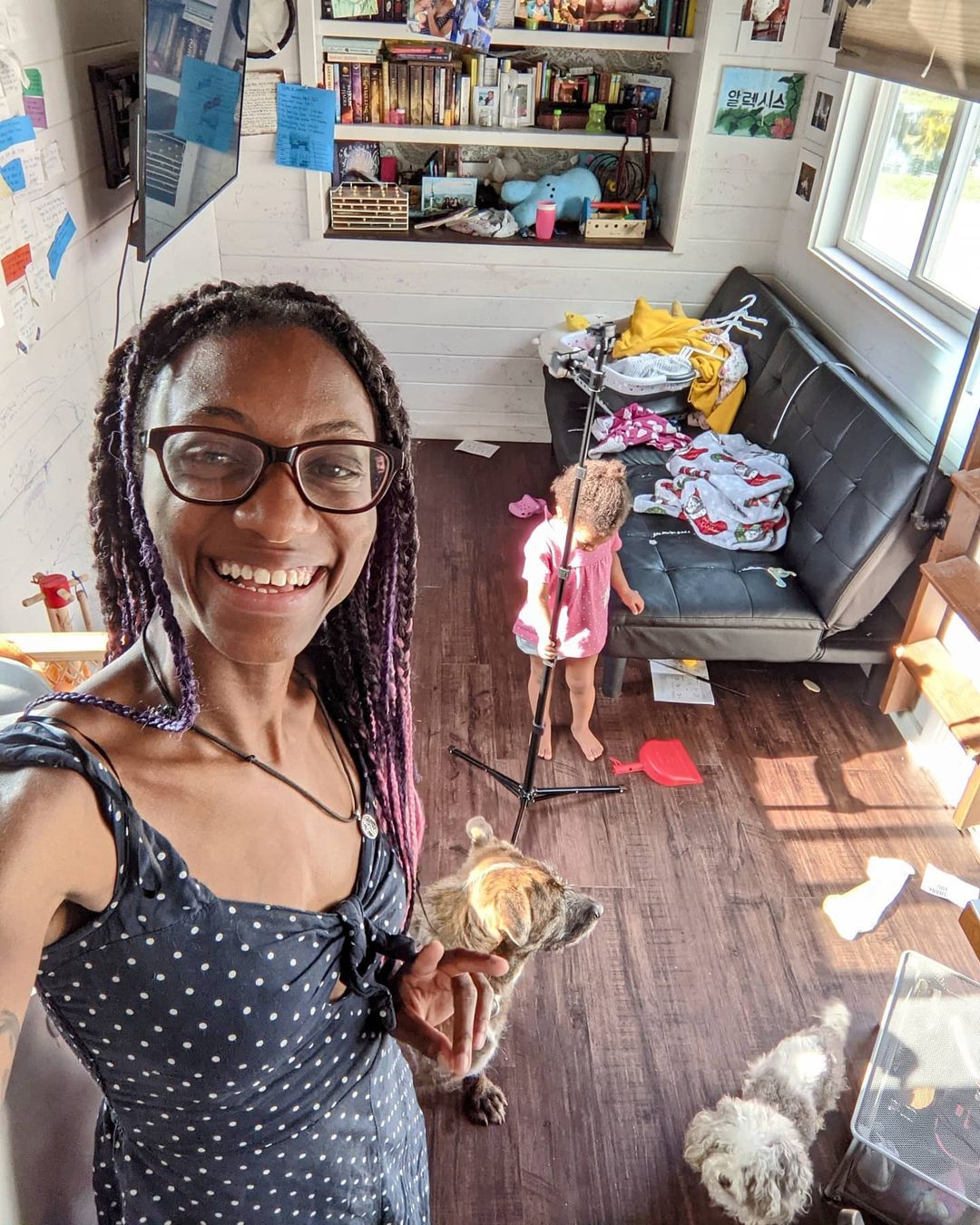 "My house was almost always clean so I felt like I was killing it at this mothering thing.

"The thing was, I wasn't mothering AT ALL, I was cleaning."

Now, she focuses on quality time with her daughter and only cleans for 30 minutes a day.

The mum says that she will never live in a traditional house, as she loves tiny living so much.

Plus, this super organised mum spends hours making baby packs to speed up nappy changes and others reckon she’s on to something.

We also shared how a batch-cooking mum feeds her family for 67p a meal shopping at Aldi – and her recipes have helped her to lose weight too.

Plus a savvy mum put her kid’s booster seat in the dishwasher to clean it – and it’s come out perfect.