How can you be forced straight back to work after losing a child? 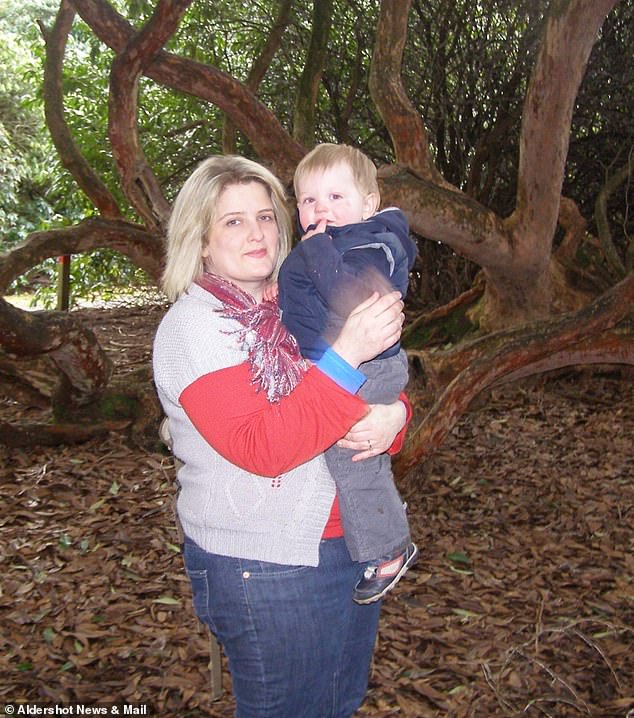 The death of a child is devastating, but imagine you’re then expected to return to work just days after your life has been ripped apart? That’s been the reality for many bereaved parents – until now, thanks to one mother’s tireless campaign

Just 12 weeks after the life-shattering loss of her infant son, Lucy Herd channelled all of her grief-stricken energy into trying to change the law. Jack was just two years old when every parent’s worst nightmare came true and he drowned in a tragic accident. ‘He was mischievous, funny, caring, lovable,’ says Lucy, ‘the kind of boy who says hello to everyone in the supermarket, who really touches people’s hearts.’ Yet when Lucy lost him a decade ago, her family was given almost no time to grieve. Lucy was a stay-at-home mum with two young children to care for, but her family, her whole support network was back at work within three days. ‘Everyone returned to their lives and I was left alone, just me and my grief,’ says Lucy. ‘People take 12 months off for the birth of a child, but only three days to grieve one. How could it be possible? My way of coping was to try to change this.’

Jack’s Law – what you need to know

It seems unthinkable – three days to grieve a child. Yet this is all many bereaved parents have. Until now, there has been no automatic right to leave after losing a child, and though some employers are compassionate and generous, others are not. Research by XpertHR in 2018 suggested that, for the closest relationships (including children, parents and siblings) the median paid bereavement leave entitlement was five days. Tomorrow, 6 April – because of Lucy’s campaign – that will change. The Parental Bereavement (Leave and Pay) Act (see left side panel) also known as Jack’s Law, entitles bereaved parents to two weeks’ leave – longer than anywhere else in the world.

Rebecca Mander knows just how important this is. In 2007, on 31 March, her 13-month-old son Charlie died suddenly from pneumococcal septicaemia, a deadly strain of pneumonia we don’t vaccinate against in the UK.

‘Up to the day it happened, I was a sales director for a manufacturing company, married with two children. People used to call me Anne of Green Gables because I’d always had a perfect life,’ says Rebecca. ‘In that hospital, when we lost him, I remember thinking, “I’ll never be happy again”.’

The shock, the sense of rupture and ‘life before and after’ will never leave her. One Saturday night, Rebecca had gone to check on Charlie in his cot – he’d been hot and sniffly with what her GP thought was just a cold – and found her son face-down, purple and stiff. She’d scooped up his body and run to her husband. Together they tried to resuscitate Charlie and called 999. ‘On the way to hospital, the ambulance crew carried on with resuscitation and I was praying there’d be a miracle,’ says Rebecca. At the hospital, Rebecca was on her knees, still praying, while the doctors tried all they could, but no miracle came.

She recorded a timeline of the events that followed Charlie’s death. ‘Day one: cry, stay in bed, speak with my parents. Tell our four-year-old son Joshua. He says, “I’m nobody’s brother any more.” Day two: visits from family and friends as well as police and care workers. Visit our boy at the morgue one last time. Day three: the postmortem. Day four: meet the funeral director and plan for funeral in a week’s time. Day five: cancel clubs, parties, subscriptions and Charlie’s nursery place. Day six: nothing. Cannot function.

Day seven: shaking uncontrollably and taken to hospital for shock.’ It was impossible – and unthinkable – that Rebecca could have returned to work on day three or even day seven. Yet many bereaved parents do. When Lucy Herd began her campaign, launching a petition and collecting almost 300,000 signatures, she heard heartbreaking stories. There were those who were expected to return to work just 24 hours after their world had collapsed and others told to take as much ‘sick leave’ as they needed – only to be handed their P45s when they returned. 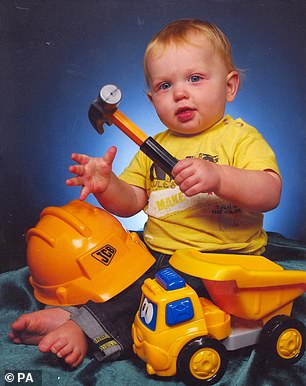 Surveys conducted by the children’s charity Rainbow Trust found that a third of bereaved parents felt pressured by employers to return to work. Research by charity the Stillbirth and Neonatal Death Society (SANDS) found that 42 per cent weren’t offered additional time off; almost half took time either as compassionate or sick leave, the remainder taking unpaid leave or using holiday allowance to grieve.

‘Jack’s Law gives some space to start the grieving process,’ says SANDS chief executive Clea Harmer. ‘It’s also a symbolic marker – it flags up how significant and devastating losing a child is. But it would be a mistake to think that by the end of two weeks’ leave, a parent will have “got over it”. It won’t touch the sides.’

Publishing manager Amanda Wood was so anxious at the prospect of returning to work after losing her two-day-old daughter Layla that she thought she would have to resign. Amanda had been on maternity leave, having had a sendoff and baby shower from colleagues, and planned to take a year off. Her pregnancy had seemed perfect but, at 41 weeks, Layla’s movements slowed and she was delivered by emergency caesarean and transferred to neonatal intensive care. Doctors were unable to save her.

‘It’s so difficult to talk about that kind of loss,’ says Amanda. ‘It’s so huge that your brain doesn’t process it. It takes so long to even make sense of it or be able to talk about it without breaking down.’ But an early email from her company’s HR department made a huge difference: ‘It was incredibly supportive, telling me that I was on maternity leave and under no obligation to come back. It took so much pressure off.’ For eight months of her leave, Amanda stayed at home. ‘I knew this would be the only time I’d have to immerse myself in that grief, to come to terms with it as much as you ever can,’ she says. ‘At first I just tried to survive, to get round Sainsbury’s without crying. Towards the end, I did some volunteering on the reception of a local charity – that forced me to talk to people, to be in the real world again.’

Before returning to work, Amanda took steps to try to make it easier. ‘I wrote an email for colleagues to circulate explaining what had happened, and saying I’d be happy to talk about it,’ she says. ‘I still remember my first day, walking from the station to the building, wondering, “Who is the first person I’ll see who doesn’t know, who rushes up and asks how I am and whether I had a boy or a girl?” The building was exactly the same – the projects, conversations, sandwiches – but my whole life had changed. I had to reconcile those two things.’

Rebecca chose to return to work sooner than Amanda. ‘My husband went back a week after Charlie died,’ she says. ‘I think he wanted the routine, the normality, and I never blamed him for that. I went back after about three weeks but all I was doing was staring at the screen, wanting to cry all the time and googling self-help books. My boss was lovely and suggested I take more time, so I took another three weeks of paid leave.’ 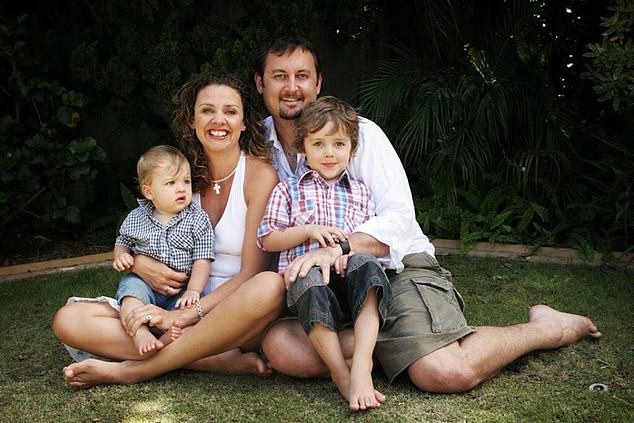 Rebecca and husband Craig with sons Charlie, one, and Joshua, four, in March 2006, shortly before Charlie’s death

Back at work, as the months passed, Rebecca began to wonder if her grief was normal. ‘Everyone is getting on with business,’ she says. ‘I’d have liked it if our suppliers or customers had reached out to me, but people are too frightened to mention it so it becomes the elephant in the room. Everyone is pretending so you’re pretending too, thinking, “Should I be firing on all cylinders by now? What’s wrong with me?’”

Now, 13 years since Charlie died, and with the help of a psychologist, love and support from family and friends, and with having another child – 12-year-old Ruby – Rebecca has learnt to live with the grief. ‘It does get easier,’ she says. ‘The pain comes back, and when it does it is with a vengeance, but the periods in between grow.’ And she says returning to work was an important part of her recovery. ‘If I’d put my life on hold for ever, I’d have been a victim not a victor.’ In fact, she became the MD of the company, building up a multimillion-pound turnover before stepping down in 2014 for a change of direction. Motivated by her experience, she is now a business coach and founder of guruyoucoach.com, specialising in helping employees through personal setbacks such as bereavement.

Looking back now, Rebecca believes her loss made her a better leader – wiser, more resilient and more empathic. ‘I clearly remember as MD going to a meeting where we were about to lose a customer that was 50 per cent of our business,’ she says. ‘My sales director was with me and he was absolutely petrified. I said to him, “When you get home and your wife’s OK and your girls are OK, that’s all that matters. We can get through anything else.” When I tell people as a leader and a coach that it gets better, they believe me – because there’s no worse loss than the loss of a child.’

Rebecca welcomes Jack’s Law as a milestone moment and hopes it will foster a new level of thought and compassion in the workplace. ‘When a bereaved person returns, there should be a meeting saying “We’ve got you, we care about you. What can we put in place to make things easier?” she says. ‘Some employees may want nothing – such as my husband, who wanted to “get back to normal”. Others, like me, will want to talk about it. I wanted to know that it was OK if I needed to leave in the middle of a meeting.’

Rebecca also believes that there should be additional help offered, for example signposting to support services and regular follow-up meetings for six months to check with the employee, then annually until the employee feels they’re no longer required.

Lucy Herd agrees that there is more to be done. ‘Jack’s Law is an amazing first step,’ she says. ‘It’s something where there was nothing, but it doesn’t mean that I’m going to stop. I’m still going to try to build on this. Jack’s legacy will carry on.’