CONOR McGREGOR could be set for a stunning return to UFC to end someone's unbeaten streak.

Despite announcing his retirement from the cage for a third time, many fight fans think it won't be long until the Irishman returns again. 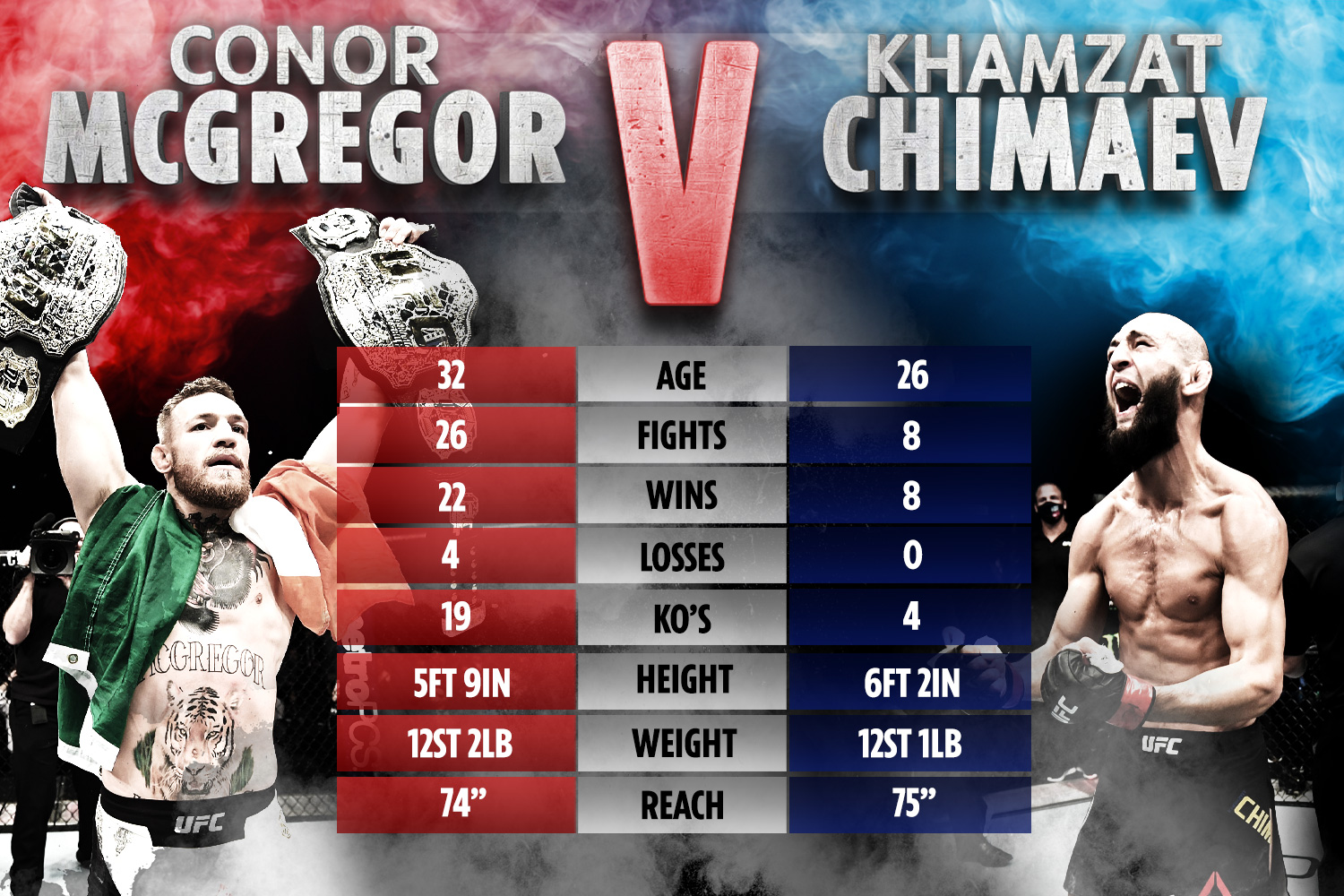 And that comeback scrap could be against Swedish welterweight star Khamzat Chimaev.

The 26-year-old has racked up eight straight wins, including two in 10 days on fight Island, and has already started a social media war with McGregor.

Chimaev has a 50 per cent KO rate with four stoppages from eight.

But that is well short of McGregor's 73 per cent KO record with 19 of his 26 bouts ending early.

But Chimaev would head into a potential scrap with a height and reach advantage, 6ft 2in and 75in compared to McGregor's 5ft 9in and 74in.

What Chimaev lacks in experience in the octagon he would make up with not knowing what defeat looks like.

McGregor has lost four times – twice in UFC against Nate Diaz and Khabib Nurmagomedov, and once in CWFC and once in Cage of Truth.

SunSport recently reported how McGregor has been told to "beg" for a fight with Chimaev as the Swedish star ramped up their war of words.

Notorious, 32, cryptically teased a return to UFC by tweeting the words "I accept".

RINGSIDE NEWS LIVE: Follow for all the latest Boxing, UFC and WWE updates

Many took that to mean he is ready and waiting the fight the winner of old rival Khabib Nurmagomedov and Justin Gaethje.

But Chimaev, 26, had also been publicly suggesting he wants to fight McGregor.

And now Chimaev has escalated their verbal battle by demanding retired ace McGregor to "beg" for a fight.