GARETH SOUTHGATE will pick from a limited squad for Wednesday night's friendly with Austria.

England come into the 8pm clash at the Riverside with much of the 26-man squad picked for the Euros unavailable. 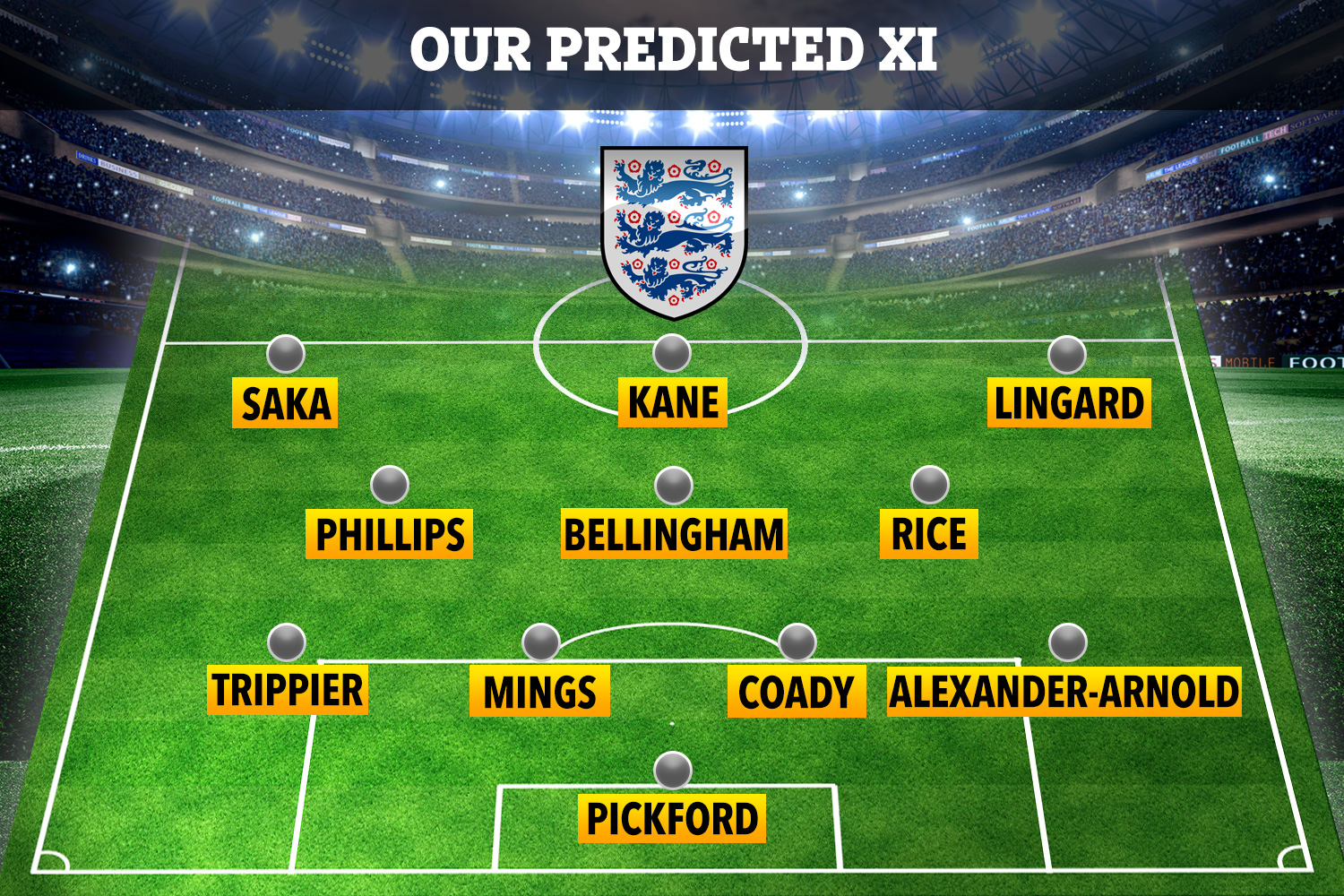 Players from Chelsea and Manchester City are set for a night off after Saturday's Champions League final.

And the four Manchester United stars should also be kept out of the starting line-up following their gruelling Europa League final last week.

Therefore the side somewhat picks itself with Trent Alexander-Arnold, Conor Coady, Tyrone Mings and Kieran Trippier the remaining defenders.

Dominic Calvert-Lewin and Harry Kane are competing for the central striker's role with Bukayo Saka set to be joined by Jesse Lingard in attack.

The West Ham loanee was left out of the Euros squad but Southgate has confirmed his inclusion for Wednesday with Jadon Sancho missing out due to a throat infection.

And other players dropped when the 33-man provisional squad was trimmed down may end up featuring off the bench if required.

Speaking after Tuesday's announcement, Southgate admitted it had been hard to tell James Ward-Prowse, Ollie Watkins and Lingard that they were missing the Euros.

The Three Lions boss told reporters: "I said in March that [Lingard] had a fabulous few weeks but he was slightly fortunate because we were without three or four wide players at that time.

“He was excellent for West Ham and he plays so well for us – we have total trust in the way he plays. He’s reliable, he’s a great member of the group.

"He will play tomorrow because we’ve got Sancho ill, we’ve obviously got a lot of players not available and he’ll start to help the balance of the team."