When Kamala Harris took the stage in Wilmington, Delaware, on Saturday night around 8:30 p.m. to address the nation as its new vice president-elect, she did so wearing a white Carolina Herrera suit that nodded to the suffragette movement.

Over in New York, the cast and crew of “Saturday Night Live” were in the midst of dress rehearsal for that evening’s show, leaving producer and costume designer Tom Broecker and wardrobe supervisor Dale Richards with little time to recreate the look for Maya Rudolph to wear for the cold open.

“I had a member of my team working on each piece: the blouse, the jacket, and the pants,” Richards told PopSugar. 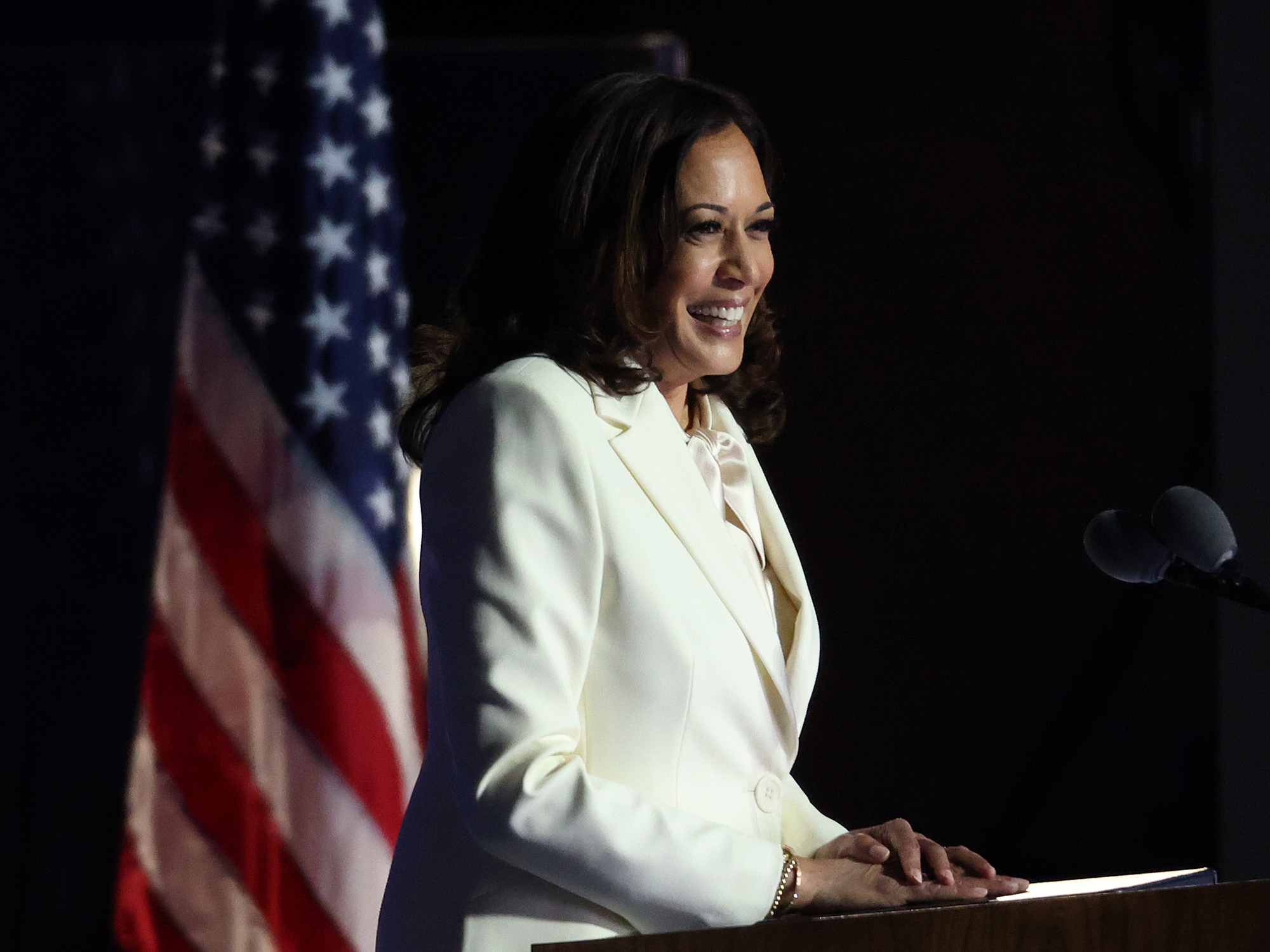 Added Broecker, “My assistant started capturing screen grabs of everything [Harris] was wearing so we could get all the details right — the shoes, the jewelry, the hair, makeup, blouse, and the suit. By 9 p.m. we had pulled all the ‘research’ photos together and started looking through our stock to see if there was anything that could work. Every store in the city had been closed for hours. There was no way to shop this look anywhere, except in our back rooms.”

Fortunately, the costume department had purchased a white suit the prior, ironically for a skit in which Cecily Strong played Melania Trump. It had never been worn, so the “SNL” team quickly got to work on alterations, and also fashioned an identical pussy-bow blouse using a box of cream charmeuse fabric they had on hand. 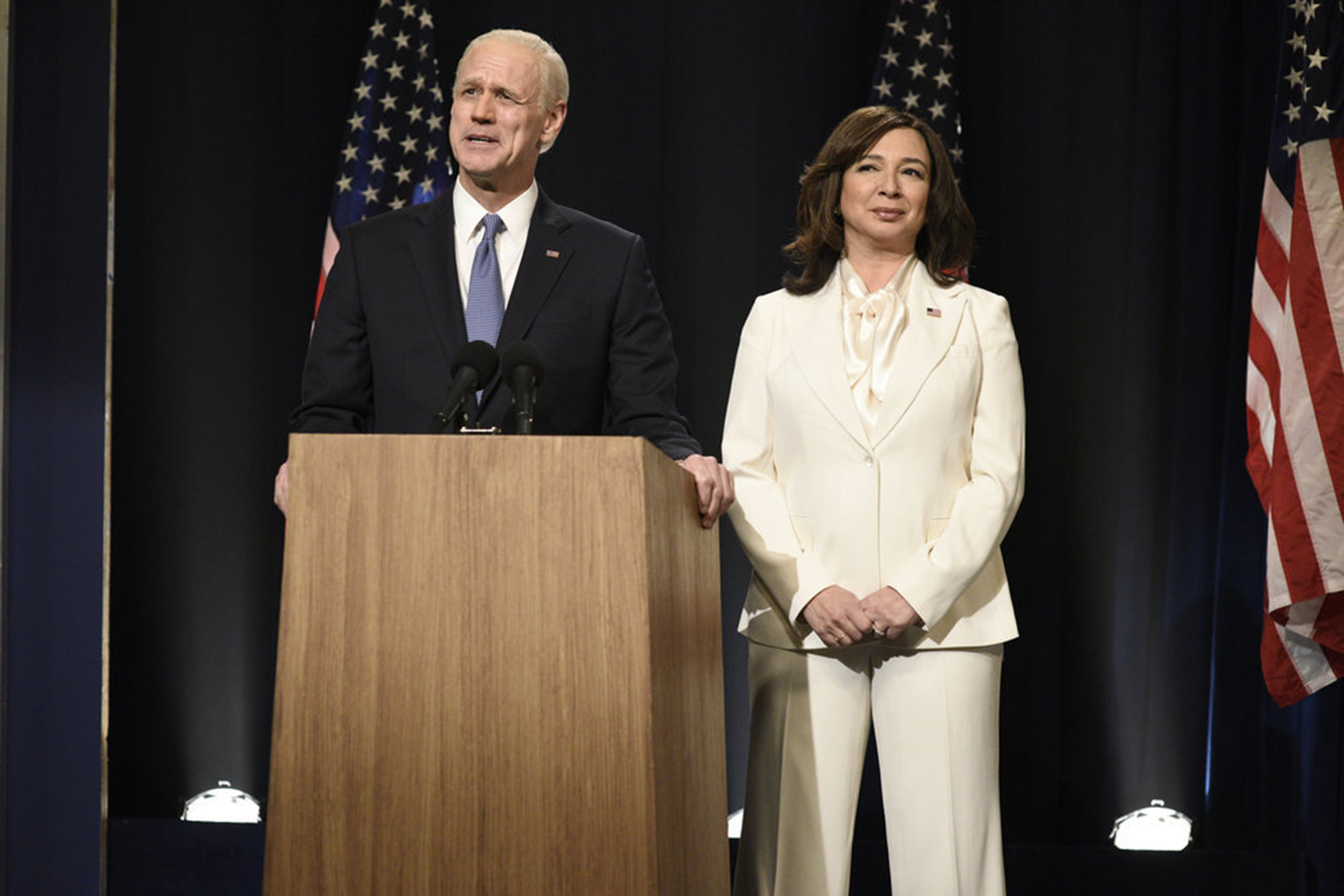 “It would require an incredible amount of work to recut a double-breasted suit into a single-breasted suit, but I work with the most incredible tailors in the world,” Broecker said. “They put the jacket on Maya’s mannequin form in the office and went to work, just like in the movie ‘Cinderella.’ Eighty minutes later, and four tailors exhausted, Maya did a fitting. It was perfect and she was ready to go to the stage.”

Except for one final detail: “As she was leaving her dressing room, I realized she didn’t have her flag pin on her lapel,” the costume designer recalled. “Her dresser went running into the wardrobe room to get her flag pin. I will say this: nowhere else in the world could this happen.” 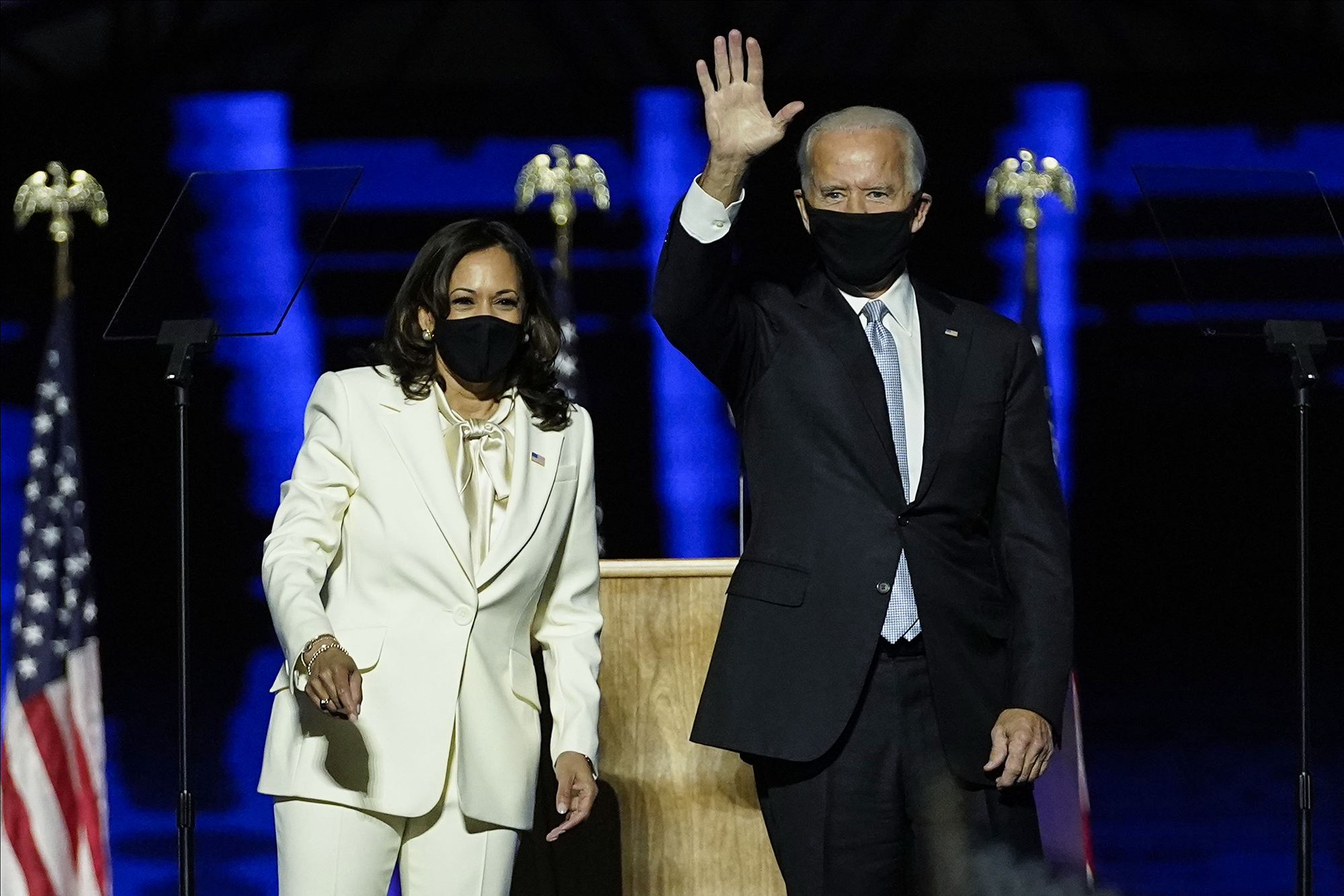 And lest you think Harris’ team tipped off “SNL” about her victory-speech attire, guess again. “Even if we had a contact in Kamala’s camp, by the time they told us who designed it, the stores would be closed and it would be way too late to source it,” Richards told PopSugar.

Broecker added that the challenge of creating a mirror-image recreation of the outfit in mere minutes would have been “an impossible task for any other place other than ‘Saturday Night Live.’ We have the best people anywhere in the world.” 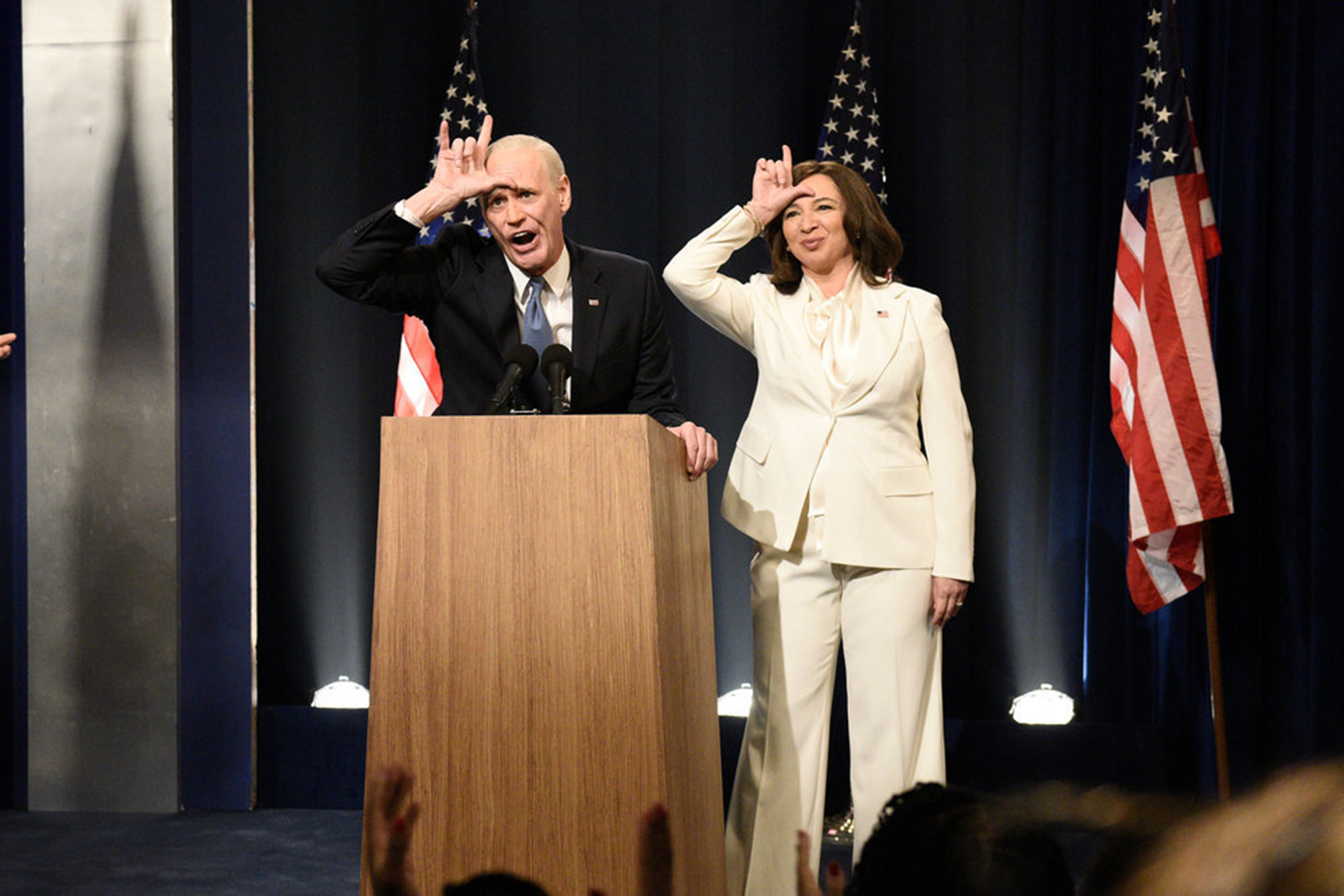