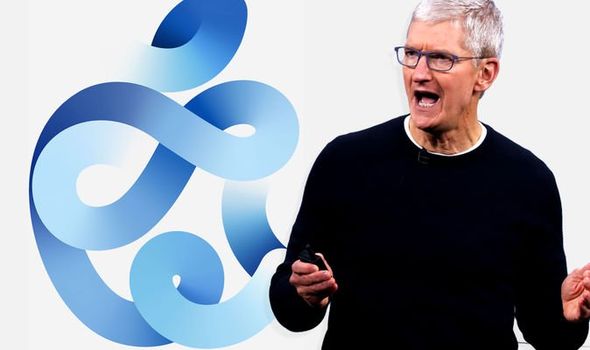 Apple has sent out invites to its hardware showcase, which will be held Tuesday September 15, 2020. The Californian likes to tease fans with a clue about what to expect from the event (usually pun-based) and this year is no different. The invites include the tagline “Time Flies,” coupled with an Apple logo made using swirling blue curves. Donning our deerstalker for a moment, Dear Watson, we’d guess the tagline hints at the arrival of a new Apple Watch model.

It makes sense that Apple wants to push another popular product into the spotlight at its latest keynote. After all, the US company has already confirmed that its next smartphone range, believed to called iPhone 12 and iPhone 12 Pro, will be delayed hitting store shelves worldwide due to the ongoing health crisis, which shutdown manufacturing plants in China and forced Apple designers and software developers to work from home.

According to sources speaking to Bloomberg, Apple has a truckload of new gadgets up its sleeve for the event. In previous years, the iPad Pro, redesigned Apple TV and AirPods were all announced during the iPhone keynote event. And this year looks set to be no different. As well as revealing the release dates for the next version of iOS, iPadOS, watchOS, tvOS and macOS, the Cupertino-based firm is tipped to reveal a new iPad, HomePod smart speaker and more.

However, that doesn’t mean that we won’t see the Californian company reveal the design of its next iPhone at the media event this month – even if you won’t be able to buy the new smartphones until October or (Heaven forfend!) November.

So, here’s a breakdown of everything we expect to see Apple CEO Tim Cook and co. reveal in the coming weeks. 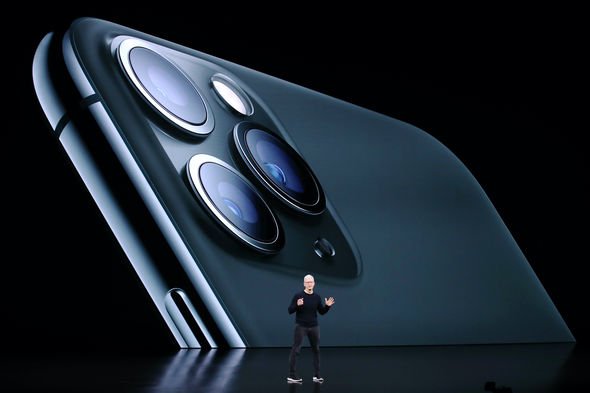 Apple is widely-tipped to include support for superfast 5G mobile networks with both the iPhone 12 and iPhone 12 Pro series. Whether there will be lower-cost models in each of these ranges that only support slower 4G networks is unknown, however, with 5G becoming available in more and more affordable Android rivals – like the excellent OnePlus Nord and Motorola Moto 5G Plus – it might impact sales if Apple doesn’t futureproof its handsets with support for the faster mobile data speeds.

According to the latest whispers, this could be one of the biggest iPhone launches ever. Apple is widely-tipped to unveil four new models. Until now, Apple has usually offered three new variants – two screen size options in its top-tier “Pro” series, and a single more affordable handset. This time around, it seems Apple will add another option for those shopping for the latest affordable iPhone model.

While the 5.4-inch model will be smaller than the current iPhone 11 Pro (5.8 inches), the larger 6.7-inch screen will be considerably bigger than the palm-stretching iPhone 11 Pro Max (6.5 inches). Meanwhile, the current iPhone 11 (and iPhone Xr before it) has a 6.1-inch touchscreen, however, it’s unclear why Apple will launch two separate variants of this handset – unless there it has a pricier version with 5G support planned, or one with improved cameras.

Apple has enjoyed huge success with the introduction of the more affordable iPhone Xr and its successor iPhone 11, which both consistently outsold their pricier “Pro” options in the year they were launched. While both of these handsets have a similar all-screen design to the flagship models, with Face ID and the latest-generation Apple-designed chipset under the bonnet, Apple cuts some corners with the camera, water resistance, and display quality. These models also ship with a slower wired charger, compared to the fast-charger bundled with the iPhone 11 Pro models. 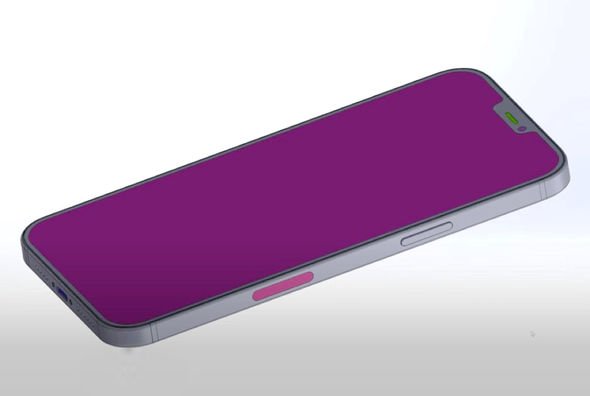 With the latest refresh, Apple looks to remove one of the biggest differentiators between the affordable and £999+ models: the screen. According to rumours, all four of the latest iPhone models will use OLED panels – ditching the LCD technology found on the iPhone 11. OLED offers more vibrant colours, brighter whites, cavernous blacks. Better yet, OLED panels conserve battery life when using software features like Dark Mode – something that’s not possible with LCD.

Apple is expected to refresh the industrial design of all four iPhone models. Gone are the soft curved corners that have characterised the best-selling smartphone series since the introduction of the iPhone 6 and iPhone 6 Plus back in September 2014. Instead, Apple is widely-expected to return to an angular aesthetic with flat edges and sharper corners, like those found on the iPhone 4 and seen recently in the iPad Pro redesign. Whether the Apple Watch follows the same move away from gentle curves to more geometric angles remains to be seen.

And it’s not only the design that will link the iPad Pro and the new iPhones. Apple will seemingly bring the LiDAR depth-sensing technology introduced to the flagship tablet earlier this year to the next iPhone in order to boost the bokeh-style effect in its Portrait Mode images as well as Augmented Reality (AR) applications.

A smaller Face ID facial recognition scanner to allow the Californian firm to squeeze in a little more screen real estate is also likely, sources say. Whether this reworked Face ID kit only makes it way to the iPhone 12 Pro, rather than the iPhone 12 remains to be seen.

Fortuitously, dropping these extras from the box of the £999+ handsets also means Apple can shrink the size of the packaging to squeeze more smartphones into each shipment container – reducing costs when shipping iPhones across the globe. 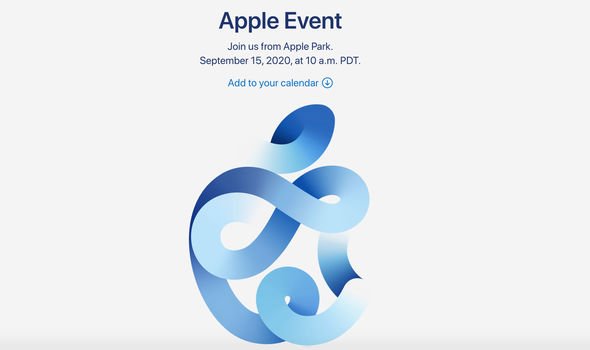 According to sources speaking to Bloomberg, Apple has two brand-new Apple Watch models up its proverbial sleeve.

One of these will be a new flagship model to replace the existing Apple Watch Series 5, which was the first model to include an always-on display. We can expect to see that feature make a return to the Series 6. And with sleep tracking as one of the headline updates coming in the next version of watchOS, we’d wager that Apple will double-down on battery life in this new model to allow users to keep the smartwatch strapped to their wrist for a complete 24-hours.

Other than that, rumours around the next flagship Apple Watch have been few and far between. Blood oxygen monitoring – as seen on rivals from Samsung and Fitbit – is expected to be the latest health-tracking addition to the wearable. This will enable Apple to introduce a handful of stress-related features, which will tie-in to its existing Breathe app, which guides users through meditation lasting between one to five minutes. Naturally, a faster chip is also expected.

And what about the second new Apple Watch in the pipeline?

Well, that will replace the Apple Watch Series 3, which has stuck around in the line-up as the more affordable model. While the Series 4 was discontinued following the launch of the Series 5, the Series 3 remains on-sale in Apple Stores starting at £199. Apple will introduce a new model at the same price point to compete against more aggressively priced health trackers from the likes of Fitbit, Withings and others. The design will supposedly be similar to the Apple Watch Series 4, so that every model currently available on Apple Store shelves boast the larger 40mm and 44mm screen sizes.

Think of this Apple Watch model like the iPhone SE of Apple’s smartwatch line-up. With a new flagship model and more affordable wearable set to be unveiled, we’re unlikely to see the Apple Watch Series 5 stick around on store shelves after the iPhone 12 event.

This rumour seems very plausible. And what makes it even more plausible is the fact that a number of Apple Watch Series 5 models are currently listed as Out Of Stock on the online Apple Store right now. That could mean that Apple’s one-year-old wearable is suddenly experiencing a surge in demand… or that Apple has started to wind down production of the smartwatch ahead of the launch of its successor, which will likely replace it in the line-up. If you’re looking to kit yourself out with a new wearable, it is worth holding off for the minute.

A redesigned iPad Air, which currently sits between the low-cost iPad and the priciest laptop-replacement iPad Pro series, will also be unveiled on-stage, sources claim. This model will look much closer to the iPad Pro – ditching the physical Home Button and shrinking the borders to maximise the screen real estate available in the footprint.

While the new iPad Air will have the same slimline curved bezels as the iPad Pro – it won’t use the Face ID facial recognition scanner to unlock the tablet, authenticate payments, or unlock secure apps, like banking software. Instead, Apple will relocate the Touch ID fingerprint scanner previously found in the Home Button to the power button at the top.

Whether the new iPad Air will keep the same £479 price tag remains to be seen.

If these rumours are accurate, the Apple iPad, which starts from £349, will be the only model on Apple Store shelves with a physical Home Button and chunkier borders around the 10.2-inch display. With support for Apple Pencil and a magnetically-attached keyboard on the lower-cost model, there wasn’t as much to differentiate the £349 model from the 10.5‑inch iPad Air, which starts from £479 and supports the same Apple Pencil and keyboard accessory.

A new pair of wireless over-ear AirPods with noise-cancellation technology will also see the light of day during the iPhone 12 keynote, sources speaking to Bloomberg, which has a solid track record when it comes to as-yet unannounced Apple kit, have revealed. These will rival the likes of the Sony WH-1000XM4 headphones and Bose 700 Series.

Just like the AirPods and AirPods Pro, these new headphones will pair automatically across all of your devices signed-in with the same iCloud account (and switch between them as you put one iDevice aside and pick-up the next). They will also pause automatically when they’re removed from your head. In terms of design, previous rumours suggest it will be similar to high-end options from Apple-owned Beats headphones.

And that’s not all. Apple will purportedly debut a new HomePod smart speaker. Unlike the original speaker, the new version will be smaller and cheaper. This will be more akin to the Google Nest Mini or Echo Dot. It should be a way to bring voice assistant Siri and Apple Music playlists and hand-curated radio to more rooms – at a lower cost.

While Bloomberg concedes that this might not land until 2021, it’s possible we’ll finally see the next version of the Apple TV hardware in a few weeks.

Of course, this is all rumour and hearsay for the moment, so it’s worth applying the recommended pinch of salt. However, even if only half of these whispers come true – it should still be a packed keynote.