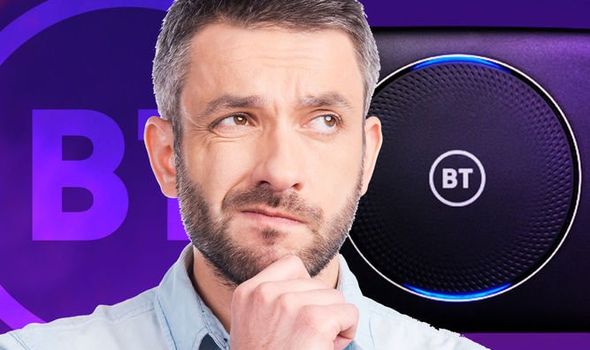 If your BT broadband home network is playing up, you’re not alone. An irritating new glitch has impacted unlucky BT customers nationwide who use BT’s Smart Hub 2 router. The bug breaks the connection between two devices linked over the Wi-Fi signal – and the only way to get everything working smoothly is to disconnect part of your signal. A good example of how this glitch impacts customers every day is with Wi-Fi connected speaker systems, like Sonos. During the setup, both the Sonos kit and your smartphone, like an iPhone, need to be connected using the same Wi-Fi network.

As you might be aware, all routers supplied by Internet Service Providers (ISPs) allow devices to connect via two frequencies. There’s a 2.4Ghz setting, which is slower but offers much better range, or 5Ghz which is much faster but you need to be closer to the router for it to work. Both of these signals work in tandem and your devices will often jump between the two as you move around the home without you even noticing.

It’s these 2.4Ghz and 5Ghz signals that appear to be causing the gremlins for some BT users as the Smart Hub 2 router struggles to work when two devices are connected to two different frequencies and try to communicate with one another. So, if you’re iPhone is connected using the 2.4Ghz signal and trying to beam music to a Sonos speaker using 5Ghz – the glitch will rear its head and your devices will be disconnected.

BT has now confirmed the issue with the company telling the BBC that it’s affecting a “very small” number of users. That’s not very specific and considering that BT has well over 6 million users right now, a “very small” percentage of that overall figure can still result in thousands of frustrated customers losing signal on a regular basis.

What is clear is how frustrating it is for customers with complaints appearing on BT’s community forum page. Venting their anger at the issues, one user said: “I can only connect the Sonos app from my iPhone, MacBook and iPad when connected to the 2.4Ghz band, which means turning off 5Ghz.”

Whilst another added: “I’ve been having the same problems and have been tearing my hair out.”

One temporary fix appears to be to switch off one of the two frequencies which means all devices are then connected to the same signal although this can end up slowing the whole network down as all of your web traffic is going through a single connection rather than two.

BT says that all users should have an update to their router by the end of May and anyone who thinks they are affected should get in touch with the firm.

Speaking to the BBC, a spokesperson said: “We’re aware that a very small number of customers are experiencing an issue with their Smart Hub 2 connecting with multiple streaming devices on their wi-fi network. Any customer who experiences this issue can get in touch with us and we will update their device remotely. We’re sorry for any inconvenience caused,”