Shane Maloney has admitted to killing 17 people, although he can’t be completely sure without digging up the bodies. My death toll is considerably higher, but I’ve been doing this for a long time now – almost 20 years.

My victims have been shot, drowned, stabbed, frozen, incinerated, run-down, squashed, speared and pushed in front of moving vehicles. I once blew up a train carriage with acetone peroxide, colloquially known as “Mother of Satan”, and I seem to be fixated with setting fire to things.

When you lead a life like mine, you’re under constant pressure to keep the bodies coming. The clock stops for no man (or woman), but it ticks very loudly if you’re a crime writer. It beats at the heart of every story, ratcheting up the tension and pushing the reader to read one more chapter before they turn off the light. 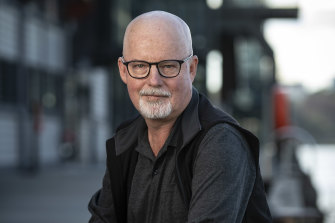 One of the finest compliments I have ever received was from a reader who said she needed two hands for my books – one to shield her eyes when things grew tense, and the other to cover the right-hand page to stop her skipping ahead.

In 2004, when my first novel was published, very few Australians could have named a local crime writer. Peter Temple and Peter Corris had both carved out successful careers by creating memorable characters including Jack Irish and Cliff Hardy, but they were hardly household names. And there wasn’t a single Australian crime writer who could match the success of imports like John Grisham, Patricia Cornwall, Ian Rankin, Lee Child and Michael Connelly.

All that has changed. We are living in a golden age and our bestseller lists are being dominated by the likes of Liane Moriarty and Jane Harper, who are blazing a trail for a host of equally brilliant crime writers including Candice Fox, Sarah Bailey, Emma Viskic, Christian White and Chris Hammer (I could keep naming names). 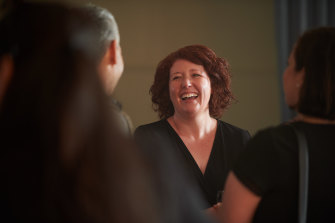 Jane Harper on the set of the film adaptation of her book The Dry.Credit:Roadshow

Various descriptors are now being used to describe this new wave: Aussie Noir, Bush Noir, Outback Noir, Sunburnt Noir, or Southern Cross Noir. It doesn’t matter what we call it, the evidence is incontrovertible. Of the six most borrowed books from Australian libraries last year, four of them were crime novels by local authors. A year earlier it had been four in the top 20.

This wasn’t always the case. Fifteen years ago, a very senior UK publisher told me that he would happily accept a crime novel set anywhere in the world except Down Under. His reasoning was that no Australian crime writer in living memory had achieved serious international success. I tried to argue, but he told me to look at the bestseller lists.

That person arrived in the form of Liane Moriarty, whose Big Little Lies was released in America in July 2015 and shot on to The New York Times bestseller list. Liane has gone on sell 22 million books and is the only Australian to ever debut at the top of the aforementioned list.

Jane and Liane didn’t just pave the way for those who followed, they blew open the door.

A year later, Jane Harper burst onto the scene with The Dry, which became a huge international hit, selling more than a million copies and winning numerous awards at home and abroad. Jane and Liane didn’t just pave the way for those who followed, they blew open the door.

Arguably, the most prestigious crime writing award in the world is the UK Crime Writer’s Association Gold Dagger established in 1955. No Australian had ever won that award until Peter Temple took the honour in 2007 with The Broken Shore. Since then, there have been three more wins for Australians (confession: two were mine). If this continues, they’ll likely burn the winning book, hand over the urn, and place an obituary in The Times Literary Supplement.

What has changed? I think Australian crime writing has come of age. We are confidently telling our stories, full of characters we recognise, set in places we know. Novels that explore the individualism of the outsider, as well as mateship, gender, race, violence and justice.

Similarly, readers around the world are far more universal in their tastes. Gone are the days when the Americans would read only Chandler and Hammett, while the Brits consumed Christie and Doyle, and Australians read whatever books were sent to us on the boats. Nowadays, we are happy to explore the streets of Edinburgh with John Rebus, or canals of Venice with Detective Brunetti, or the old quarter of Stockholm with Lisbeth Salander. More importantly, we are choosing local authors, who are taking us to drought-ravaged rural towns, or to far north Queensland, or the windswept beauty of the Mornington Peninsula. There are no longer any borders.

People often ask me why I write crime and I always turn the question back on them. Why do you read it? Why do you watch crime dramas on TV and queue up to see the latest James Bond film?

The answer is that we love stories with heroes and villains and big important themes. Those of us who read crime take pleasure in the details. We love expending mental energy to expose the lies and resolve the contradictions, to pull off the false beards and interrogate witnesses and interpret the evidence. Modern crime stories are more than just mysteries. They are laden with information about people, politics, the law, justice, and the darkness that we fear lies hidden in all of us.

This is why we clung to every scrap of information about the search for missing four-year-old Cleo Smith. And why we celebrated her safe return as though she was our daughter. And why we still pine for missing William Tyrell and hope for some breakthrough that might bring comfort to his family and to us.

At the heart of crime reading is an innate desire for justice and to see good triumph over evil, and for order to be restored in a world where this doesn’t always happen.

Michael Robotham is a guest at the Bad Sydney Crime Writers Festival which runs from December 2-5 at the NSW State Library. His latest novel is When You Are Mine (Hachette).