Italy vs Austria LIVE: Roberto Mancini opts for Marco Verratti instead of Manuel Locatelli in midfield with Azzurri boss recalling Ciro Immobile and Co as they look to continue impressive run and reach the last eight

Italy and Austria meet at Wembley on Saturday night in the second of the last-16 fixtures at Euro 2020.

Roberto Mancini’s team have been seriously impressive so far, cruising through Group A with a perfect record and not a single goal conceded.

Austria finished second to Holland in Group C having won two of their three matches.

Italy start to knock the ball around nicely before Francesco Acerbi’s through-ball is knocked behind by a team-mate for a goal kick.

Austria make a strong start and Christoph Baumgartner’s cross is cleared before Marko Arnautovic is booked for a foul on Nicolo Barella on the edge of Italy’s box.

Anthony Taylor gets us off and running!

After rousing renditions of Land der Berge, Land am Strome and Il Canto degli Italiani, we are almost underway. 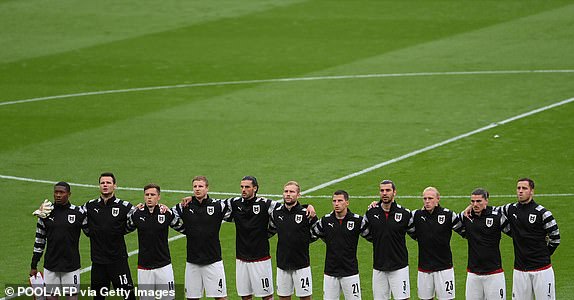 The 22,500-strong crowd at Wembley are certainly getting involved.

Giorgio Chiellini is still not fit enough to play after suffering a muscle injury against Switzerland, with Francesco Acerbi keeping his place after starting against Wales.

Marco Verratti also remains in the starting XI after impressing against Wales, with Manuel Locatelli staying on the bench.

The game will be played in Munich on July 2, with both Belgium and Portugal packed full of Premier League talent.

Austria are unchanged from their win over Ukraine, with Martin Hinteregger and Florian Grillitsch having shaken off minor muscle problems to start. Valentino Lazaro is again not in the squad after picking up a muscle injury 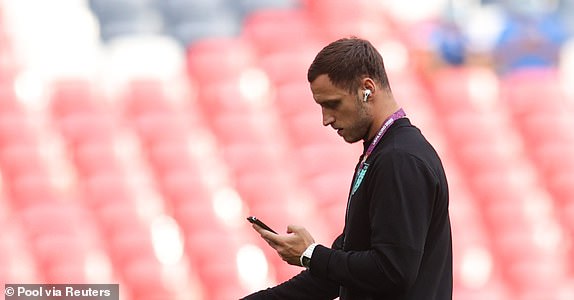 Giorgio Chiellini came off in that game in the first half with a muscle injury and hasn’t recovered, so Francesco Acerbi keeps his place after beating Wales. 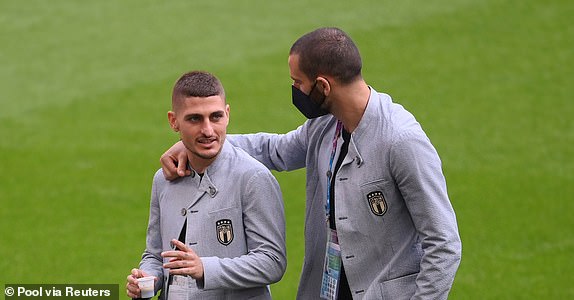 Italy and Austria have met each other six times in major competitions (twice in the Euros and four times at the World Cup). Austria have never won, with their only success coming in a 2-2 draw in the qualifiers for Euro 1972.

Their last meeting was also a 2-2 draw in a 2008 friendly – with Emmanuel Pogatetz and Marc Janko putting Austria 2-0 up before Italy hit back through Alberto Gilardino and an own goal by Ramazan Ozcan.

Austria’s pedigree in this competition is far less impressive than Italy’s, but as a result Franco Foda’s side have the opportunity to win their first-ever knockout game at the Euros.

They only made their debut in the competition proper in 2008, finishing third in Group B behind Germany and Croatia, before finishing at the foot of Group F behind Portugal, Iceland and Hungary eight years later.

By reaching the last 16, this generation of Austrian players has already created history. Can they create more in London this afternoon? 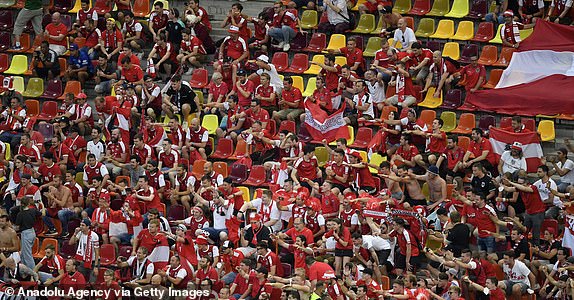 This year feels like a golden opportunity for Italy to win their first Euros since 1968.

Can this year finally see the Azzurri end their heartbreak? 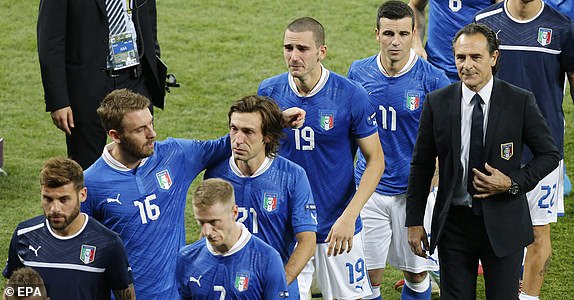 … and welcome to the build-up for the second Euro 2020 last-16 match between Italy and Austria.

The Azzurri have been peerless at the tournament so far, scoring seven goals and conceding none as they defeated Turkey, Switzerland and Wales, who are currently 2-0 behind against Denmark (see our Sportsmail blog for more information).

Austria needed to get the better of Ukraine in order to progress, which they duly did with through Christoph Baumgartner.

You’d have to say Italy are the favourites, but the weight of history may feel heavy for Roberto Mancini’s men. They haven’t won the Euros for 53 years. 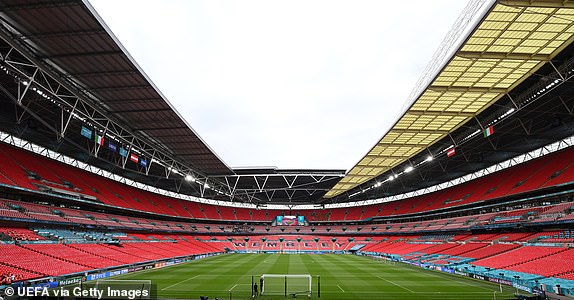