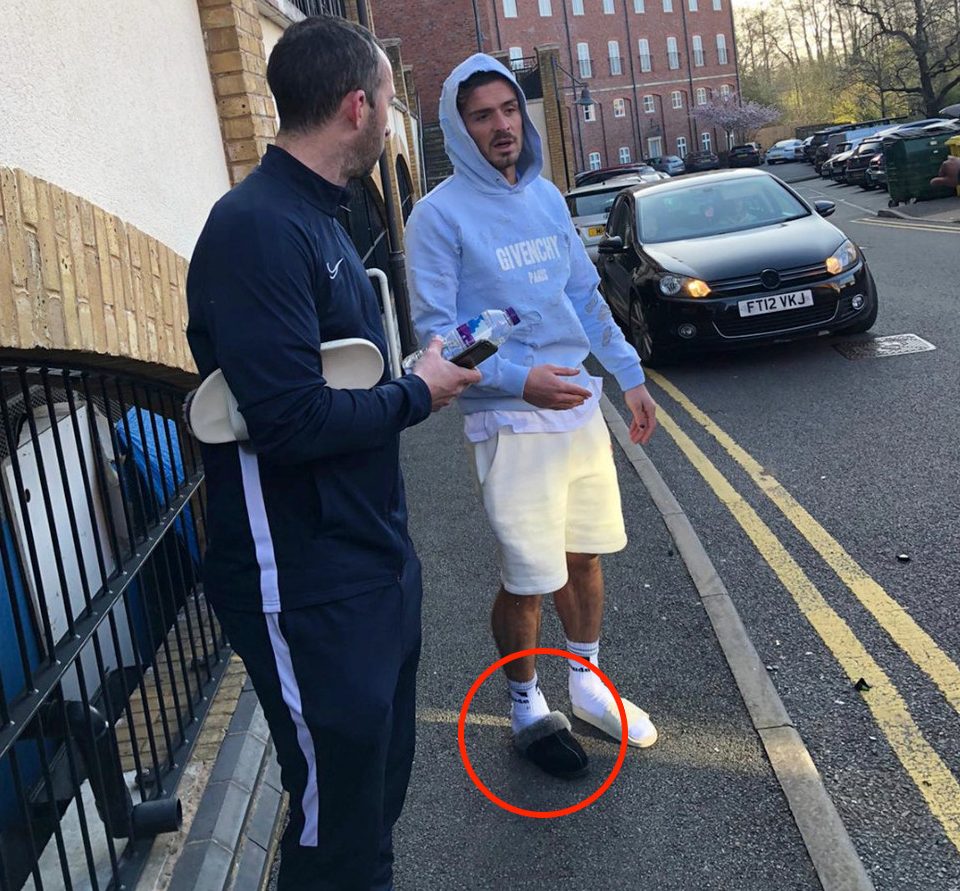 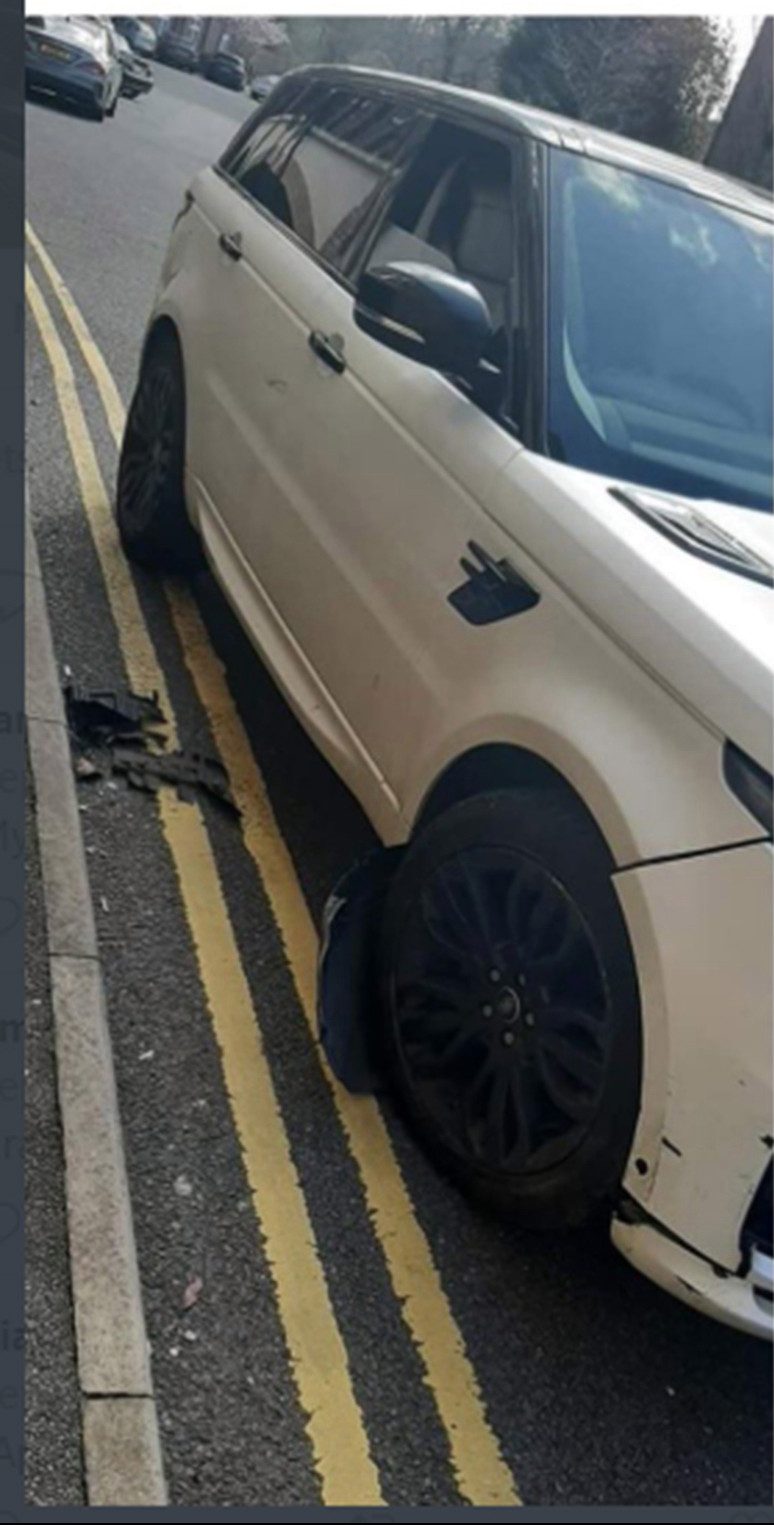 Grealish appeared unsteady and confused moments after the alleged crash.

The Aston Villa captain was seen arguing with onlookers at 8am on Sunday — amid claims he had partied all night at a pal’s flat despite the virus lockdown.

Hours earlier, he posted a video urging fans to stay safe at home.

Residents’ photos show the midfielder standing next to his damaged vehicle in a hoodie, shorts and one black slipper and a white slip-on sandal.

The 4×4 was said to have reversed from a designated parking bay, across a road and gone into a parked silver van, leaving it with a dented bumper and smashed rear lights.

Witnesses said the Range Rover then drove 200 yards, veering on to the pavement and careering into vehicles including a £30,000 silver C-Class Mercedes, and a £20,000 blue Merc.

Grealish’s vehicle also collided with iron railings in front of an estate agency.

It was left parked on double yellows in front of flats, with damage to the rear and debris scattered nearby.

Grealish was alleged to have boasted to motorists that he would pay for the damage. 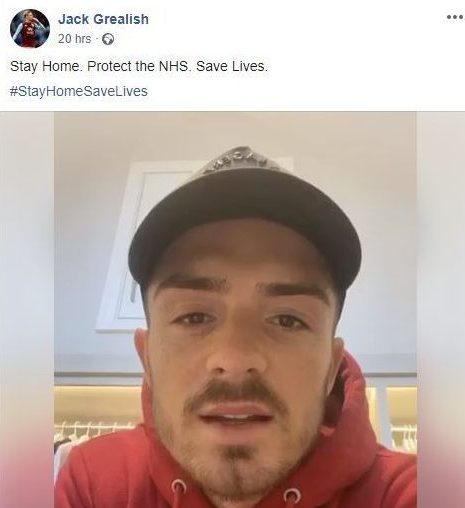 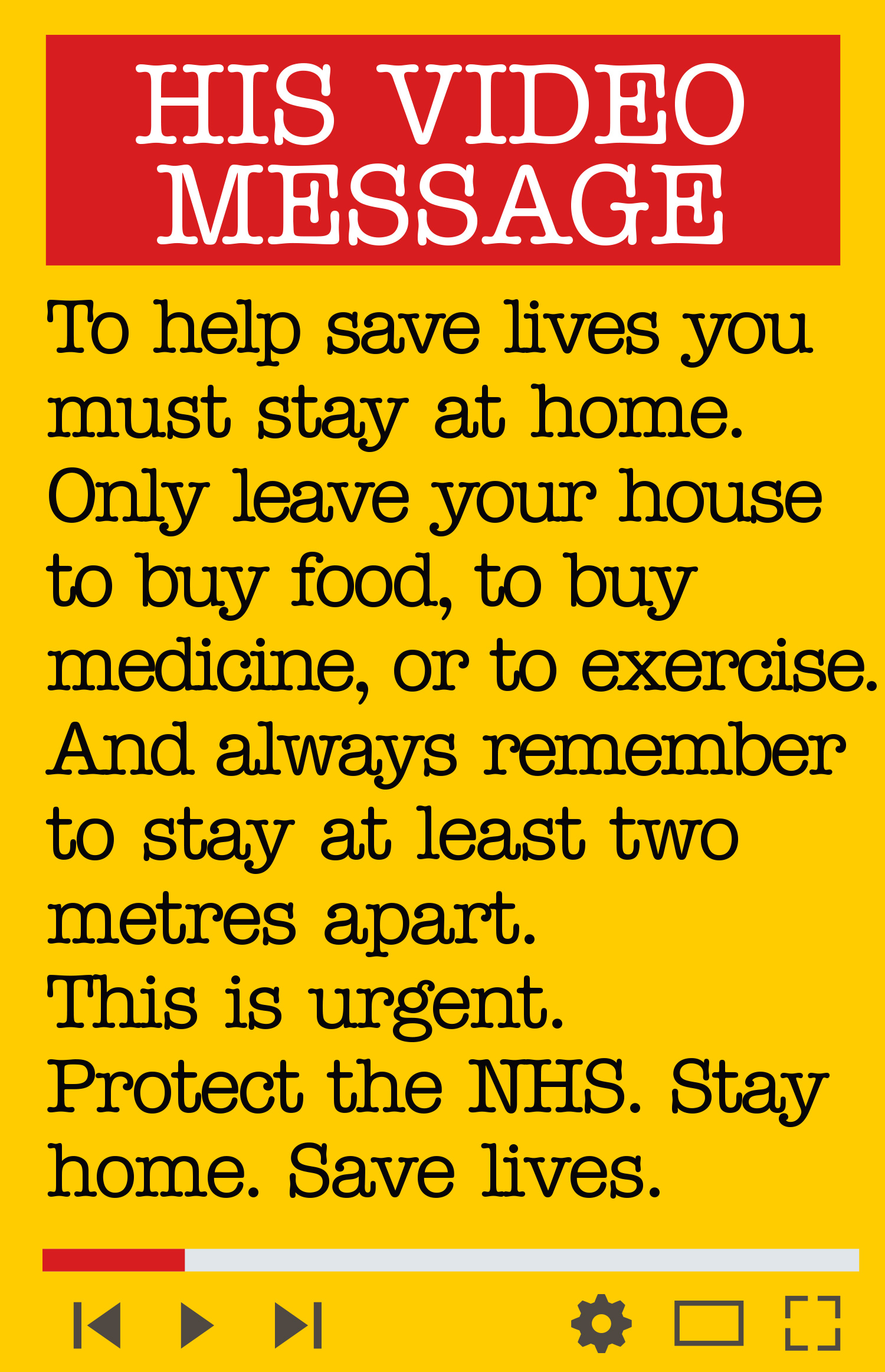 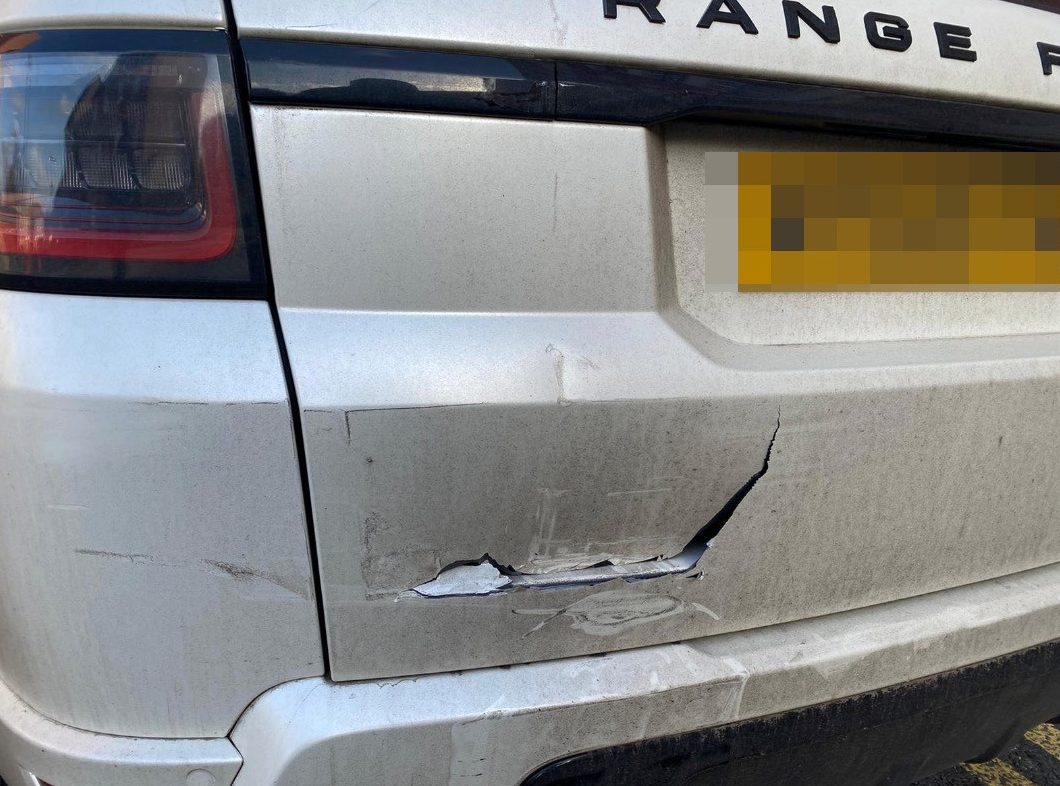 He was said to have left details with a resident then walked off before police arrived in Dickens Heath, near Solihull.

A neighbour said: “The party had been going on all night. It was unbearable. The noise had only stopped a short while when, just after 8am, there were a series of almighty collisions which reverberated through the flats.

“Outside, Jack Grealish was stood next to his car rowing with a security guard. It was strange to see an England ace looking so unkempt and dishevelled. He looked unsteady and confused.

“There was an almighty row because Jack didn’t want to wait around but people wanted answers from him.”

Grealish was said to have been at the flat of ex-Scottish striker Ross McCormack, 33, who left Villa last year.

They were apparently joined by Tony Capaldi, 38, a former Northern Ireland international who played for Leeds.

Residents said pals of Grealish raced to the scene in an Alfa Romeo after he vanished and attempted to drive away the Range Rover. CCTV in the street was said to have captured the events.

A neighbour, who asked not to be named, said: “Jack was eager to leave and did so.

“He was shrugging his shoulders and arrogantly telling angry motorists whose cars had been damaged that he’d pay for it all, as if it was no big deal.

“But suddenly he wasn’t around to talk to. It all happened very quickly.” 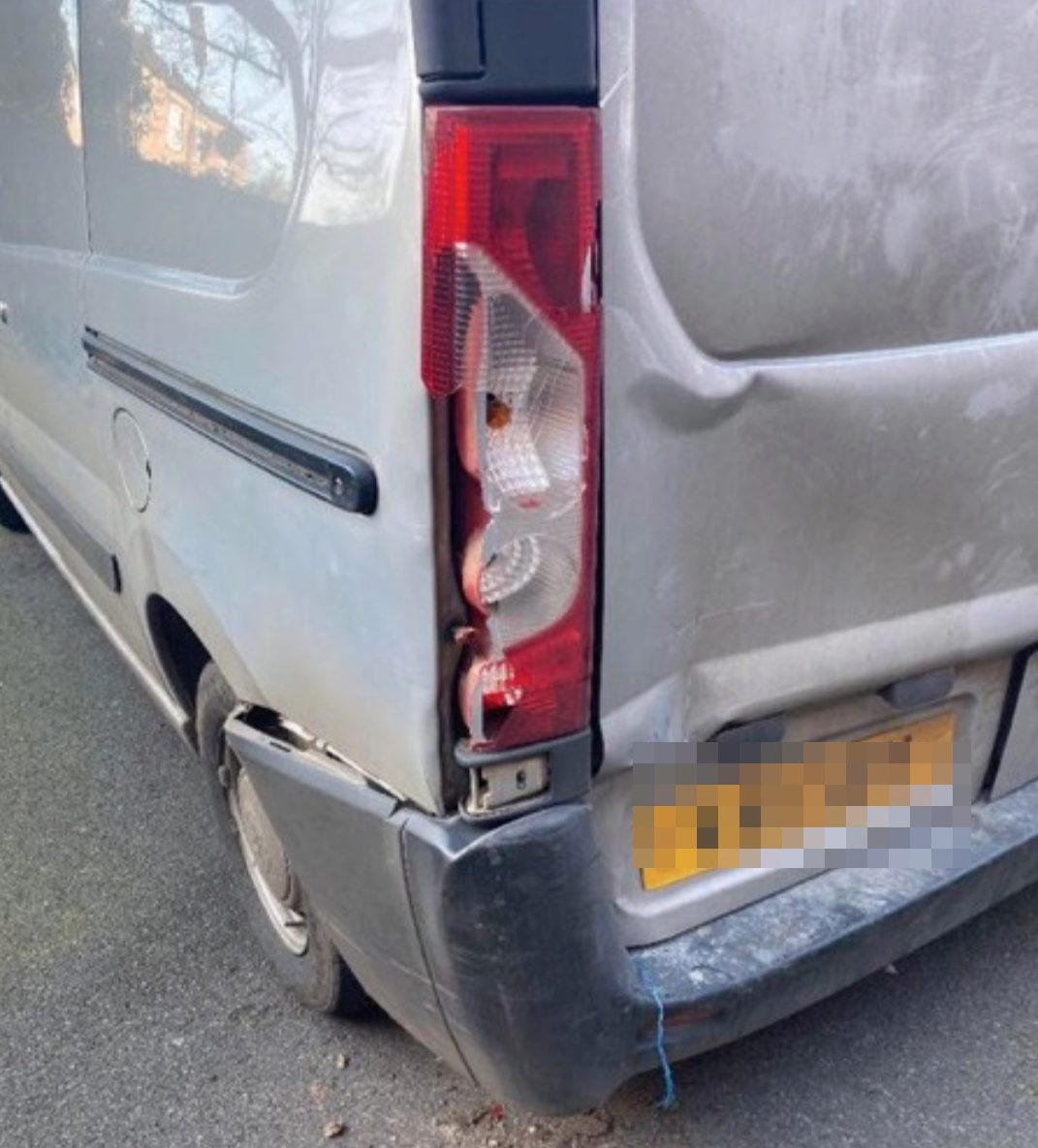 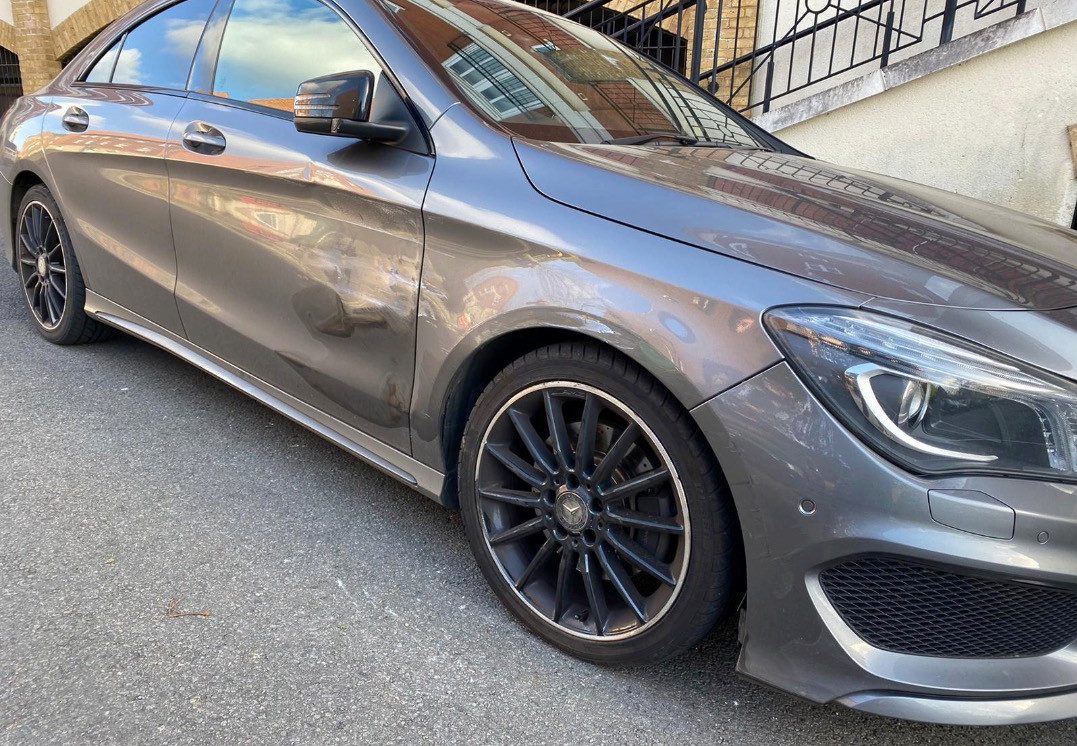 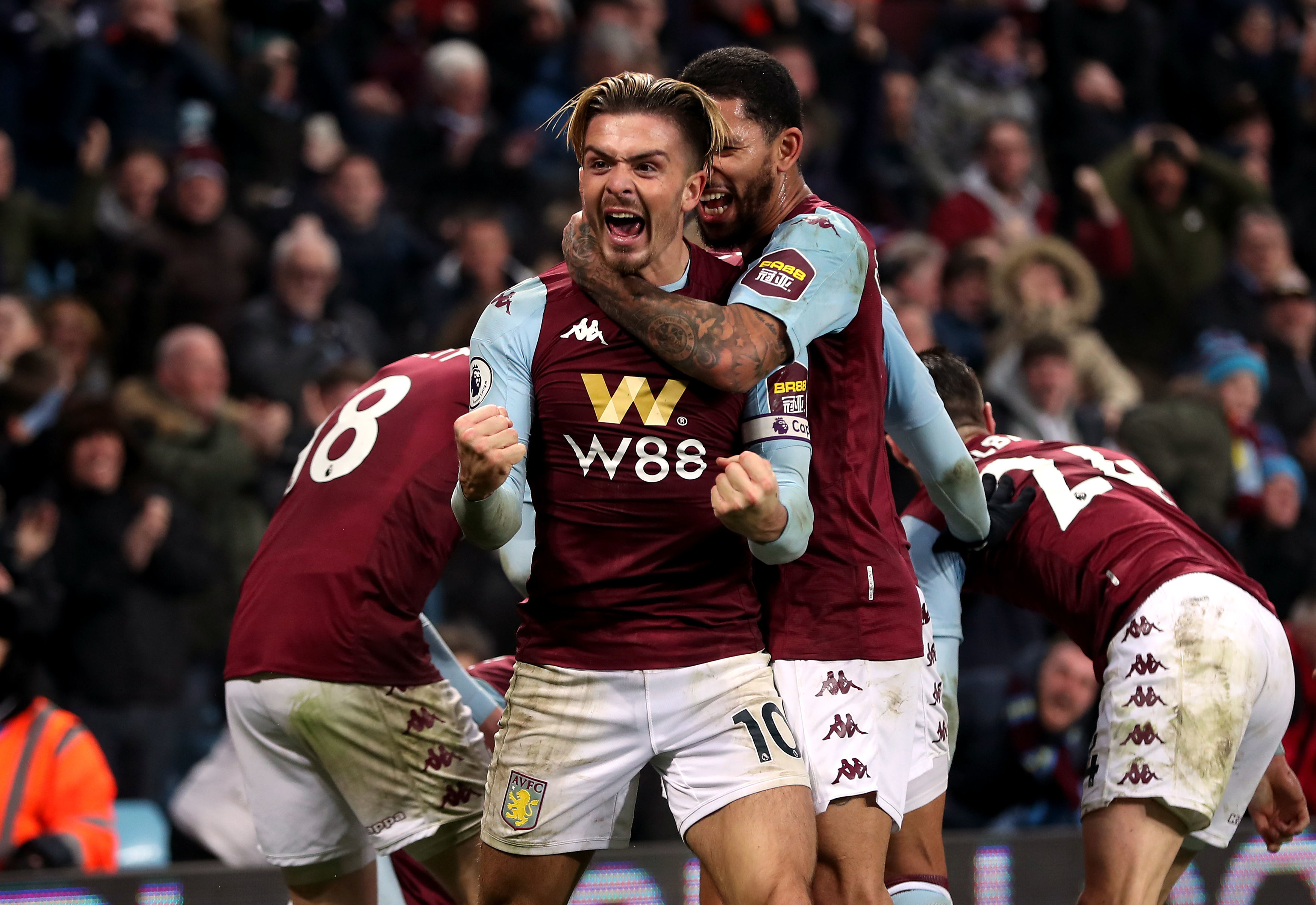 Grealish had recorded a video to say: “To help save lives you must stay at home. And always remember to stay at least two metres apart. This is urgent. Protect the NHS.”

In a separate clip, Grealish revealed to fan Matt Dockray, who has been in hospital with the virus, that he himself had “not been feeling too good”.

A woman in the flats said: “I didn’t believe it was Jack at first because I’d just watched him talking on social media. I’m a Villa fan but this is hypocrisy at its finest.

“Jack told us all to stay indoors then did exactly the opposite by embarking on a session around his mate’s house.

“What he was doing with his car at 8am I have no idea. I think he’s got a lot of difficult questions coming his way.”

The force said: “We were called just before 10am to reports that a Range Rover had crashed into two parked cars.

“The driver left his details with a member of the public before leaving on foot and will be spoken to by police in due course.

Minor damage was caused to the parked vehicles. Anyone with information has been asked to get in touch.”

Grealish has played seven times for England under-21s and is tipped to be in Gareth Southgate’s next senior squad.

In 2015, he was caught on video inhaling nitrous oxide. He was once seen passed out in the street in Tenerife.

Villa officials were frantically trying to contact him last night.

A pal said: “Jack has suddenly become very elusive to track down. Everyone is trying to get hold of him.”

The Sun approached Villa and the star’s agent for comment. 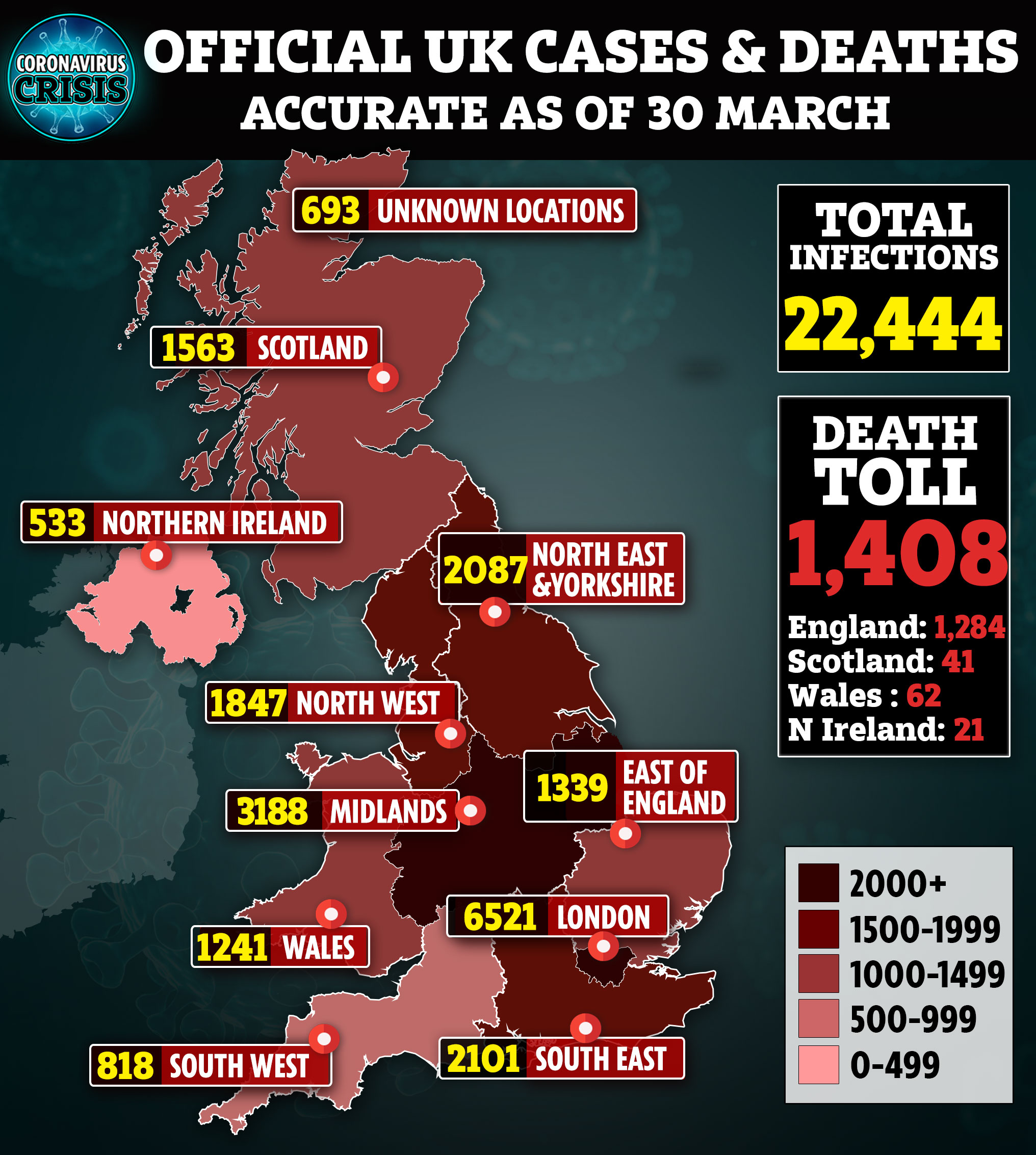