CANNES, France – After a year off, much of the buzz at this year’s Cannes Film Festival has been less about what films are trending on social media than about simply learning to socialize again. At the Majestic hotel, where Chopard held its annual award gala Friday night, Maggie Gyllenhall addressed her somewhat mixed feelings about returning to the red carpet.

“To be honest, I’ve found it very vulnerable. To be in my own self, in my own clothes, no hair and make up, there was an element of pleasure,” she told WWD of taking time off during 2020. “I’m in a different state of mind than I was before the pandemic and I feel a little differently than I used to about it. It’s really the private element versus the public. I just haven’t been in public in a long time.”

Still, Gyllenhall’s look was a hit with Trophée Chopard godmother Jessica Chastain, who stopped in her tracks to praise her plunging Versace gown.

“Smoke show right there,” Chastain exclaimed as the two crossed paths. “Look at how gorgeous she looks.”

Chastain welcomed the return of movie theaters, saying it was “like breathing again.” She was so enthusiastic to get back to the big screen she had seen five films on Friday alone. “To be honest, I think the first night I felt a bit anxious to be in a theater because it had been so long, and I think we are all still getting used to this idea that we can be close again. But I’m very grateful for it, that’s for sure,” she said.

Starring in the upcoming “The Eyes of Tammy Faye,” as the televangelist best known for her outrageous looks, gave her a new perspective. “Be free, wear what makes you happy, do whatever and be fearless in your fashion – that’s the lesson,” she said. 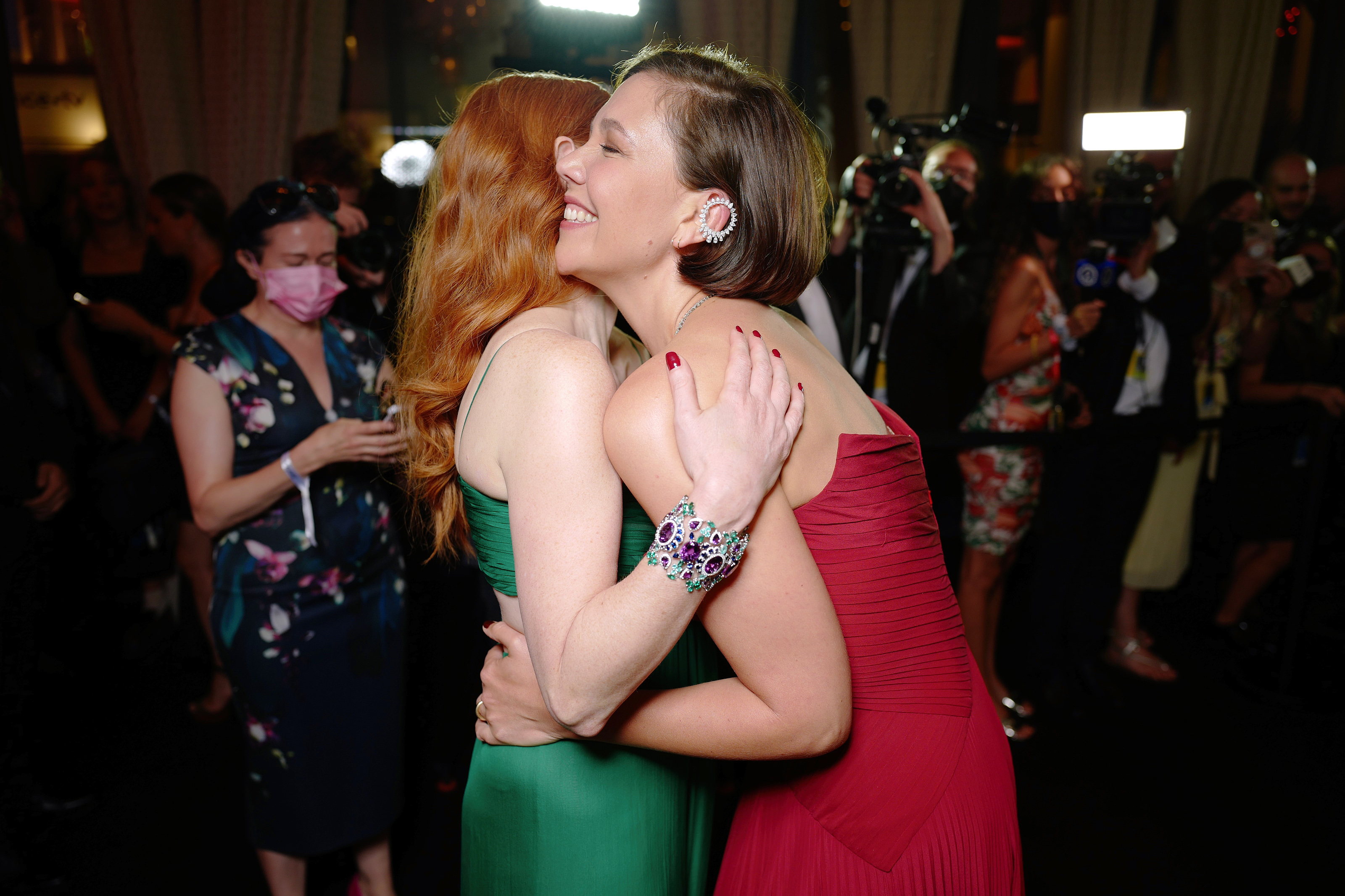 Inside the ballroom, guests including Adrien Brody and Paz Vega shared a table with jury president Spike Lee and jury members Jessica Hausner, Mélanie Laurent and Tahar Rahim. They sipped Champagne and dined on three courses of lobster, local sole and Portobello mushroom risotto, while the tables were dotted with white peonies and roses.

Festival artistic director Thierry Frémaux introduced Brody to muted applause from the room, but joked that the audience needed to be a little rowdier for Lee. “Please big noise at the maximum, because if not he can be difficult for us, he’s the president of the jury!” said Frémaux, to whoops and cheers as Lee stood up in his custom Louis Vuitton suit and beret.

Chastain presented the Chopard prize, which goes to emerging talent, to Kingsley Ben-Adir and Jessie Buckley.

“It feels a little bit cheeky to receive an award for doing something that you love,” said Ben-Adir. He dedicated his win to his “One Night in Miami” director Regina King, as well as Rahim and his star turn in the Cannes Grand Prize winner “A Prophet” in 2009. “Your performance was a huge part of why I’m standing here. That film still blows my mind,” he told a bashful Rahim from the stage. 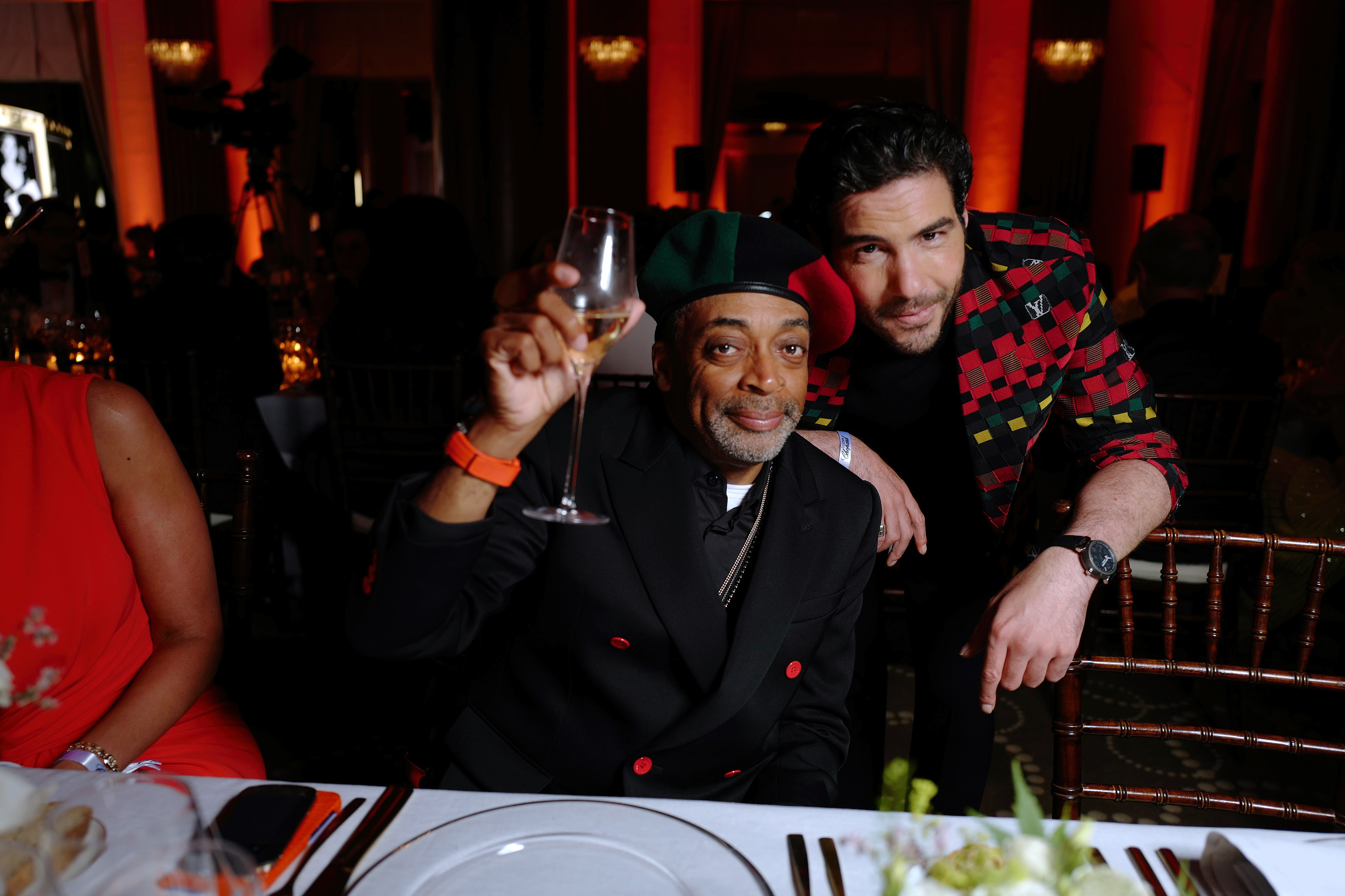 Buckley, who is currently in quarantine in Canada, couldn’t make it to Cannes and sent a quick video acceptance and promised to “have a little pint” with co-winner Ben-Adir when the two are both back home in London.

She next stars in “The Lost Daughter,” the directorial debut of Gyllenhaal, who took to the stage to lavish a bit of impromptu praise on the actress. “It’s hard to get my total love and Jessie is a beast,” she said. “I have a feeling the world is about to get blown away by Jessie Buckley.”

As Ben-Adir broke through the cocktail crowd to share a hug with Rahim, Lee said he was taking an night off from discussions. “One job at a time,” he joked. As French singer Clara Luciani took the stage, she mentioned it was her birthday and the room burst into song, before ending the night dancing well past midnight. Cannes, it seems, is back in a celebratory mood. 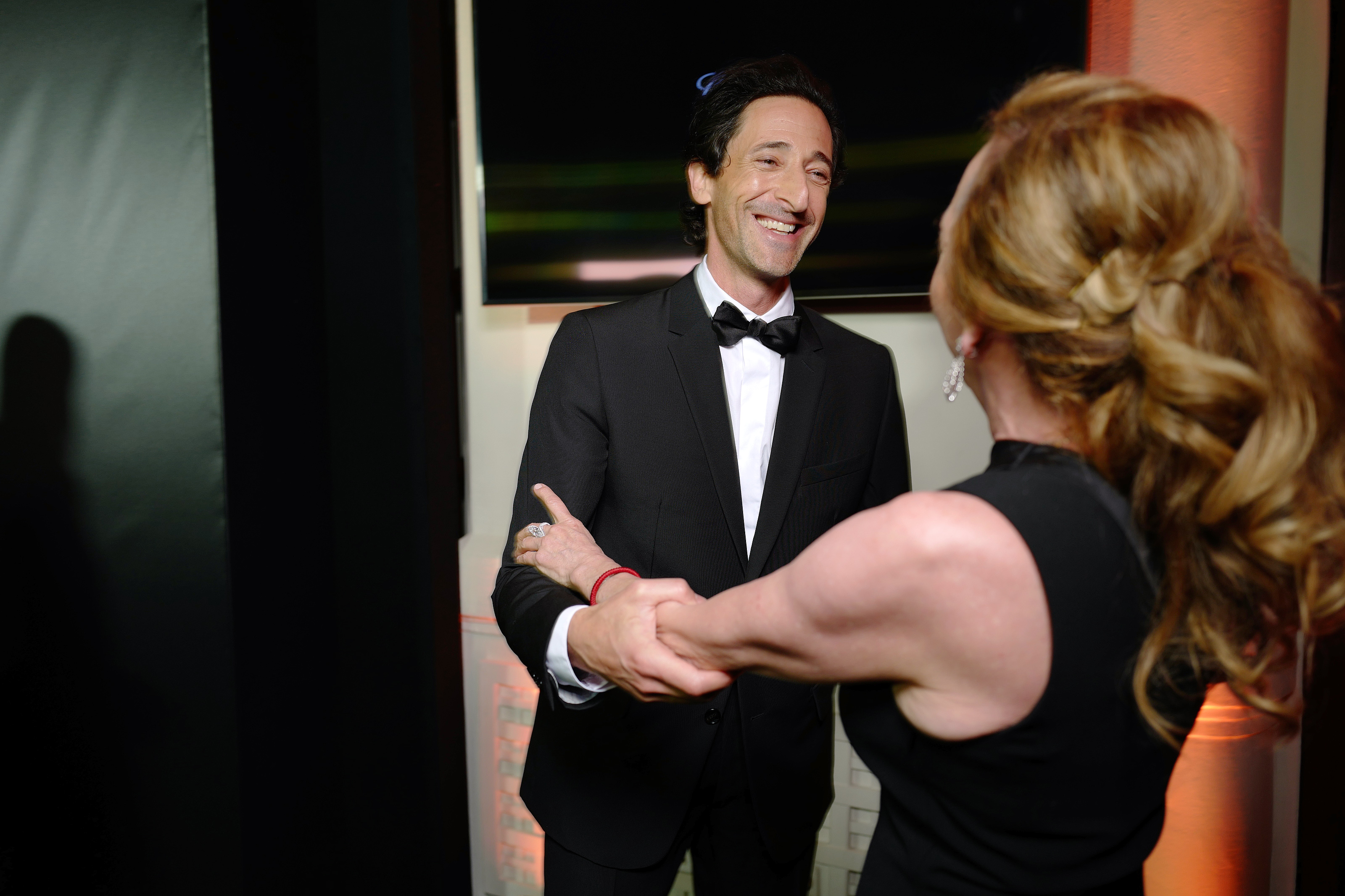