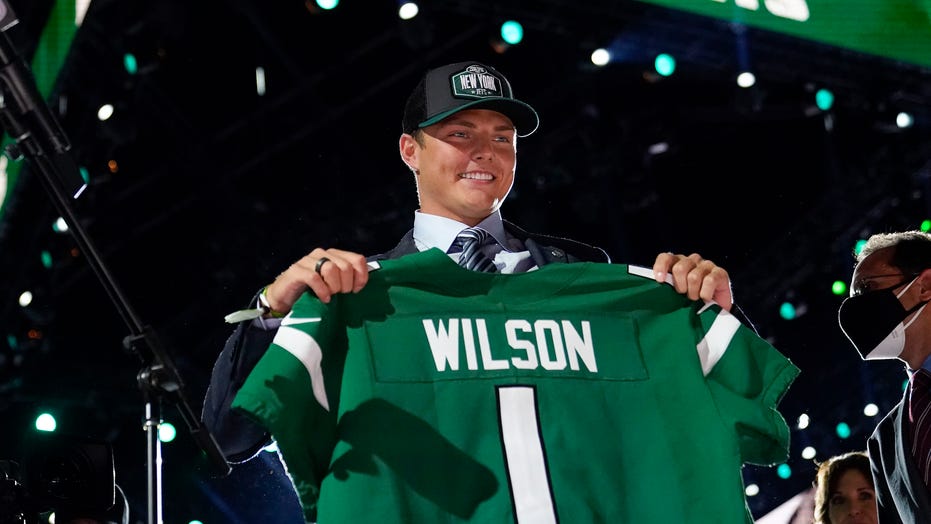 New York Jets rookie quarterback Zach Wilson might be sporting a new jersey number when he takes the field this season, and it has everything to do with last month’s draft.

The former BYU standout was easily spotted with his No. 1 jersey, but when he arrived at rookie minicamp Saturday, reporters noticed him wearing the No. 2 Jersey.

“Mixing it up, doing something new,” Wilson said of the change, via NFL.com. “I like any single-digit number and I think it’s kind of cool that I was the second pick. I think that’s a cool reason to switch it up.”

Nothing is certain but Wilson said he’ll “most likely” stick with No. 2.

Wilson is the presumptive starter for the Jets after they traded Sam Darnold to the Carolina Panthers last month, but the rookie says that position still needs to be earned.

“Obviously, that’s important, but that’s not my focus right now,” he said. “My focus is to learn the offense, keep getting better every single day, do what I can with the guys around me. And I think the rest takes care of itself.”

He continued: “In this position, the coaches want to play the best player, and that position’s got to be earned. I got to go in there and I got to make sure I do what I’m supposed to do. And that will take care of itself.”

Wilson wore the No.11 during his freshman year before switching to No. 1.