He combined singing and fretboard wizardry with showmanship that pushed boundaries beyond even Mick Jagger or Jim Morrison. He would play his Fender Stratocaster behind his head or with his teeth and, having milked it of every possible decibel, he would subject it to ritualistic assault and torture, dousing it in petrol, setting it on fire and smashing it to pieces.

Yet this voodoo-tinged vandalism could not have been further from his true nature, which was humble and insecure, even though the queues of women outside his bedroom door made Jagger and Morrison look like schoolboys. But Jimi was no predator.

“You couldn’t call him a womaniser,” recalls his fellow musician and friend, Robert Wyatt. “It was the women who were Hendrix-isers.”

He remains inseparable from the iconography of the Sixties.

But while it is known as the “decade that never dies”, his own blazing success came to a tragic premature end after just four years in the same swinging capital that had launched it, when he overdosed on barbiturates in a West London hotel aged only 27. Today, just a few days shy of half-a-century from that fateful day, James Marshall Hendrix remains utterly unique.

Seattle on the cusp of the 1940s had little of the overt racial discrimination of America’s Jim Crow South. Its African American population lived mostly in the Central District in a community that included Jews, Filipinos and Japanese. 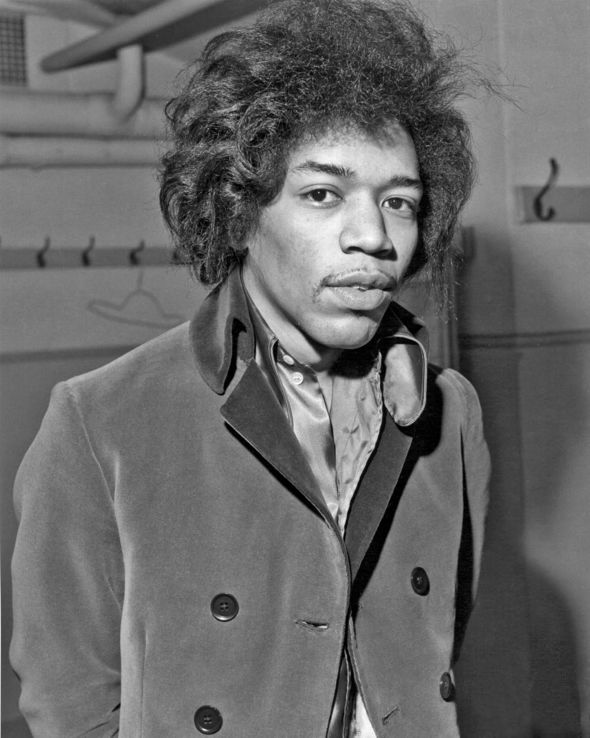 It was a smaller, rainier version of New York’s Harlem, with its own newspapers, restaurants and music clubs. Yet the Central District’s black residents inhabited its most rundown housing and, as throughout the rest of America, their employment opportunities were limited.

In 1940, 21-year-old Al Hendrix was working in an iron foundry when he met Lucille Jeter, a stunningly pretty high school ninth grader, at a Fats Waller concert. They had much in common – both traced their ancestry to slaves and Cherokees – but mostly a mutual passion for dancing that soon had them bopping into bed.

In December 1941, Japan attacked Pearl Harbor, bringing America into the Second World War. Al, who by now was racking balls in a pool hall, realised he would be drafted and, with Lucille pregnant, they married in March 1942.

Three days later, Al joined the army, which immediately spirited him away, and his young bride returned to high school. For a year afterwards, none of Al’s army pay got through to Lucille, forcing her to leave school and seek work in the clubs of Jackson Street. Sometimes singing – for she had a good voice – and sometimes waitressing, the once-innocent girl developed a taste for alcohol that turned into a craving.

On November 27, 1942, she gave birth to a boy at Seattle’s public Harborview Hospital. Without Al’s army pay or much support from his parents, Lucille was forced to turn to other men for financial aid. Before long, “Dear John” letters began to reach Al informing him of his wife’s infidelities.

By the time he returned to Seattle, the boy was aged three and had been turned over to a foster mother named Mrs Champ, who lived 800 miles away in Berkeley, California. Al set out to reclaim his son, never considering how frightening being suddenly carried off by a stranger would be. 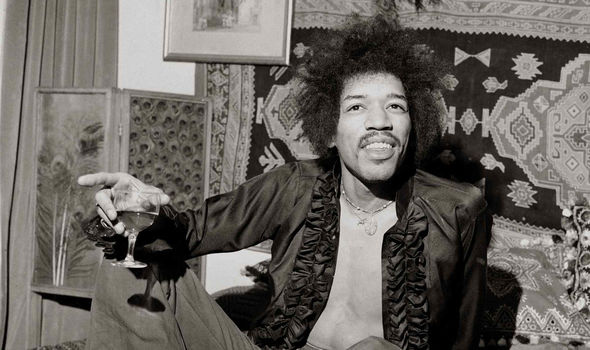 Despite everything, Al and Lucille had decided to try to patch up their marriage. But their home life became a round of drunken parties that often ended in screaming rows and Lucille’s disappearance.

“Dad was very strict and levelheaded, but my mother liked dressing up and having a good time,” Jimi later recalled. “She used to drink a lot and didn’t take care of herself but she was a groovy mother.”

In 1948, Lucille had a second son, named Leon after Al’s brother. A third son, Joseph, who arrived a year after Leon, suffered a string of disabilities. Lucille continued to have babies, but Al denied paternity of any of them. 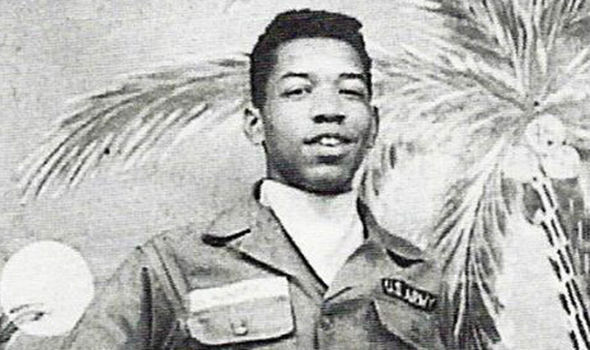 Jimi became Leon’s only stability and shield. “He absorbed the negativity day after day,” Leon recalls.

Al and Lucille divorced in 1951, and Al had custody of the three boys until Joe was taken into care. When he was not working, he would usually be out drinking or chasing women while the boys were left alone.

They continually changed schools. Consequently, Jimi’s grades were never more than mediocre, despite his sponge-like ability to soak up knowledge, and the boys were always “hiding and ducking from the welfare officers”.

Life became its most normal when the boys were sent across the Canadian border to stay with their paternal grandmother, Zenora, in Vancouver. “Before he ever played music, it was obviously inside him,” Leon says.

“He’d tell Grandma he had all these weird sounds in his head and she’d swab out his ears with babyoil. He was hearing music, but he didn’t have an instrument to bring it to earth.” 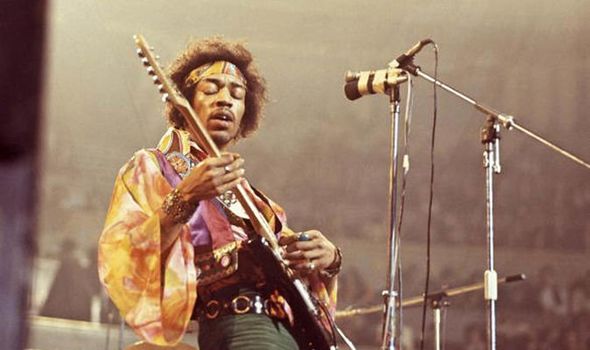 Around the age of 12, Jimi began strumming a broomhandle along with music he heard on the radio.

One day on a garbage pile, he found a beaten-up ukulele with a single string hanging loose and begged to be allowed to keep it.

Back in Seattle, Al and Jimi (Leon had now also been taken into care) moved to a boarding house.

There, in a back room, Jimi found an old acoustic guitar for which their landlady wanted $5. When his dad refused, his mother’s sister Ernestine, gave him the money. From that moment, he lived only for the guitar.

Like Chuck Berry, Jimi had unusually long, slim fingers that reached around the fretboard with ease, supplemented by a thumb that covered about half its width from the other side.

Lucille was now remarried but her years of drinking were starting to tell. Early in 1958, she was in hospital with hepatitis. 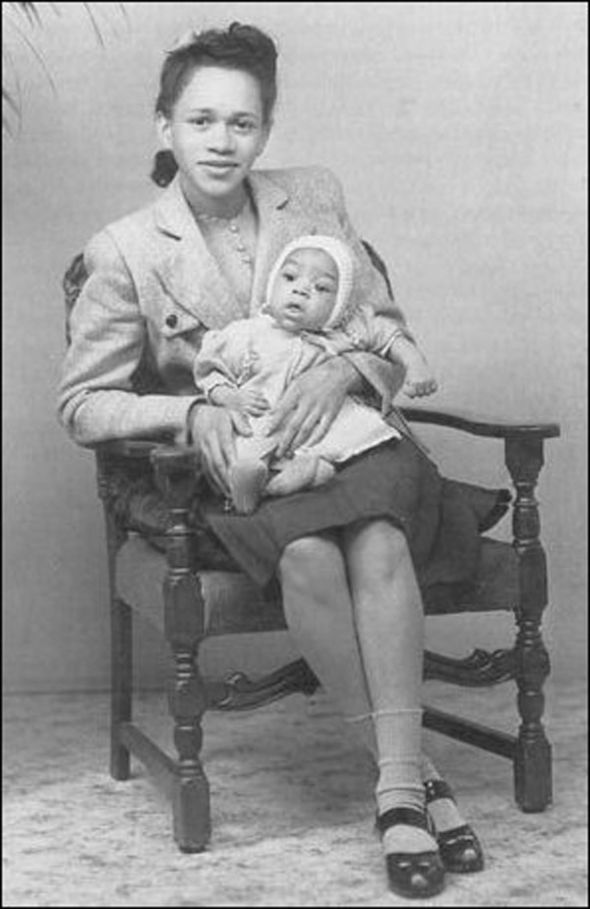 When Jimi went to visit, she hadn’t been thought worthy of a room and was lying on a bed in the corridor.

That was the last time her sons ever saw her. A few days later, she died from a ruptured spleen aged 32.

Jimi’s first time on stage was with some older boys in the basement of a synagogue where dances were held. It was just an audition to see if he was good enough to join the band. He was fired in the intermission. His bandmates complained his playing was so “wild”, it stopped people from dancing. The problem would crop up again.

Ray Charles, although Georgia-born, had been discovered in Seattle and made his earliest recordings on the city’s Down Beat label. In July 1959, he released What’d I Say, a song that lifted him out of the realm of “race” music. Grateful for the start Seattle had given him, Charles still made regular appearances there. In 1960, he was in town again and looking for a guitarist.

“Someone recommended Jimi and he got the job,” Leon recalls. “Even our dad was a little bit impressed by that.”

In October 1960, Jimi dropped out of High School. He would later claim to have been asked to leave because he’d been caught holding a white girl’s hand. But the truth was he’d cut so many classes to play music, he had no hope of graduating.

In May 1961, he was picked up for what has passed into legend as joyriding in stolen cars. However, the written confession he made at the police station was to petty larceny.

After what he described as “seven days in the cooler”, but was more likely a few hours on remand in juvenile hall, a judge gave him the choice of two years detention or joining the army.

He picked the latter, which hardly seemed like punishment at all. He had long felt attracted to a life in the services. It seemed to offer the stability his childhood had lacked.

Having joined the crack 101st Airborne Division, he made 25 parachute jumps. But in the end he became a supply clerk and his days became a round of drill, fatigues and press-ups – or, as he termed it, “pushing Tennessee around with my hands”. 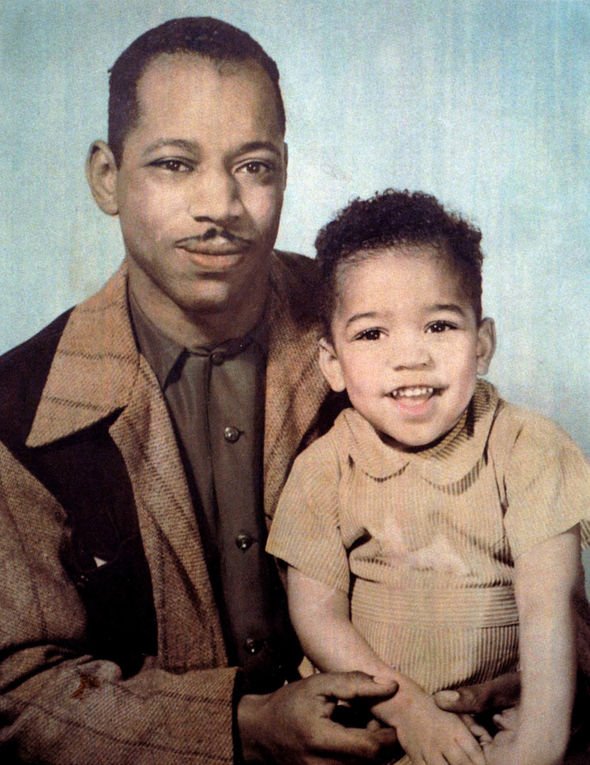 In July 1962, he was honourably discharged after serving only two of the three years he’d signed on for. By then, the escalating situation in Vietnam called for increasing numbers of American troops and he might well have been among them had he stayed.

He would always claim to have been discharged on medical grounds after breaking an ankle in a parachute jump. In reality, he finagled his way out on spurious medical grounds, reciting a long list of symptoms: “Dizziness, pain and pressure in the left chest, loss of weight, frequent trouble sleeping, personal problems”. He even claimed to be gay.

Since the 1920s, there had existed a continent-wide network of dedicated black music venues known as the Chitlin’ Circuit – chitterlings, or pigs’ intestines, being among the soul food dishes sold in such places.

None of these jobs lasted for long. If he wasn’t fired for stealing his employer’s limelight onstage, it would be his chronic lateness. 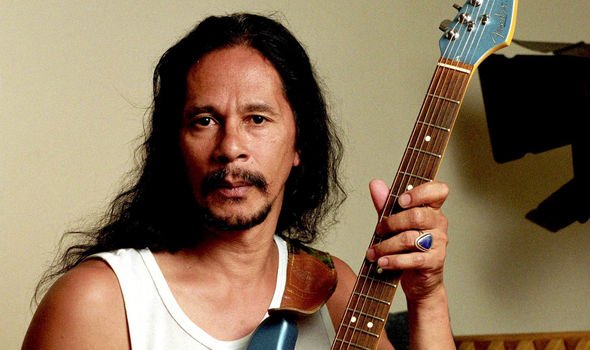 He knew he was on a treadmill from which many superb original talents would never escape, yet remained optimistic.

“I still have my guitar and amp and as long as I have that, no fool can stop me living,” he wrote to his father. “I’m going to keep hustling and scuffling until I get things to happening.”

One night, a booking agent approached him with a vague offer of work in New York. It was enough for him to make his way there in January 1964, sitting at the rear of the bus as black passengers were made to do.

But the promise of work proved an empty one. He was left stranded with only a few dollars in his pocket.

He had a lot more hustling ahead of him yet.

Related posts:
TV and Movies
‘The Ellen DeGeneres Show’ Season 18 Return On Par With 2019 Premiere, Leads Syndication Pack
‘Schitt’s Creek’, Basking In Emmy Glow, To Launch In Broadcast Syndication Next Week
Larissa Lima ICE detainment not a publicity stunt — New report claims 90 Day Fiance star facing deportation
ABC News’ ‘World News Tonight” Tops 2019-20 Season In Viewership And Most Prized Demographics
Recent Posts
This website uses cookies to improve your user experience and to provide you with advertisements that are relevant to your interests. By continuing to browse the site you are agreeing to our use of cookies.Ok