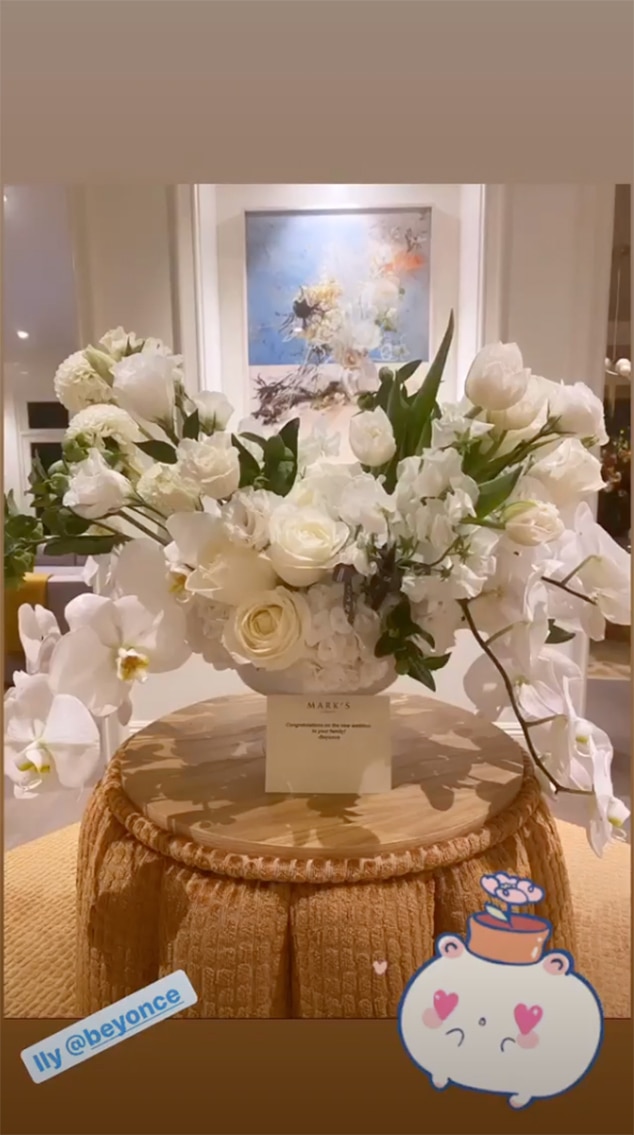 Who wouldn't want to receive a floral delivery from Beyoncé?

Katy Perry scored a beautiful bouquet from Queen Bey and posted a picture of it to Instagram Sept. 1. The stunning arrangement featured an array of white flowers, including roses, orchids and hydrangeas. A card was also included.

"Congratulations on the new addition to your family," it read.

Perry seemed to truly appreciate the kind gesture and wrote "Ily Beyoncé" alongside the photo.

This wasn't the only baby gift she received. Perry was also sent an adorable unicorn robe and a bottle of champagne from her fellow American Idol judge Lionel Richie and his girlfriend Lisa Parigi.

Perry posted the pics of the presents less than a week after announcing the birth of her first child with Orlando Bloom. The couple shared the happy news with UNICEF and set up a donation page to support the organization in celebration of their little one, whom they named Daisy Dove Bloom.

"We are floating with love and wonder from the safe and healthy arrival of our daughter," the 35-year-old singer and 43-year-old actor wrote in part of their statement.

Bloom is also the proud father to a 9-year-old son named Flynn, whom he shares with his ex Miranda Kerr.

It's certainly been an exciting time for Perry. Just days after welcoming her bundle of joy, she released her sixth studio album Smile. There's even a track called "Daisies," which many assumed served as a nod to the little one's name.

DWTS Reveals the Cast for Season 29

"Delivering a baby and a record in the same week," Perry tweeted ahead of the birth, then referencing two of her songs, "dont f*ck with mama aka #whatmakesawoman #smile."