Worth the calories! Kim Kardashian has a new go-to cookie recipe that she just can’t get enough of.

No Meat Here! See All of Kim Kardashian’s Plant-Based Meals

The Keeping Up With the Kardashians star, 39, took to her Instagram Stories on Wednesday, August 19, to share what goes into her new favorite sweet treats. “Chef K, I got so many requests of what the recipe is and how to make this,” Kardashian said as she talked to her cook while focusing on a container or raw cookie dough, colorful animal crackers and rainbow sprinkles.

As the California native intimated, she had previously posted a peek at the confections on her Instagram Stories and her social media followers were apparently intrigued by the treats. 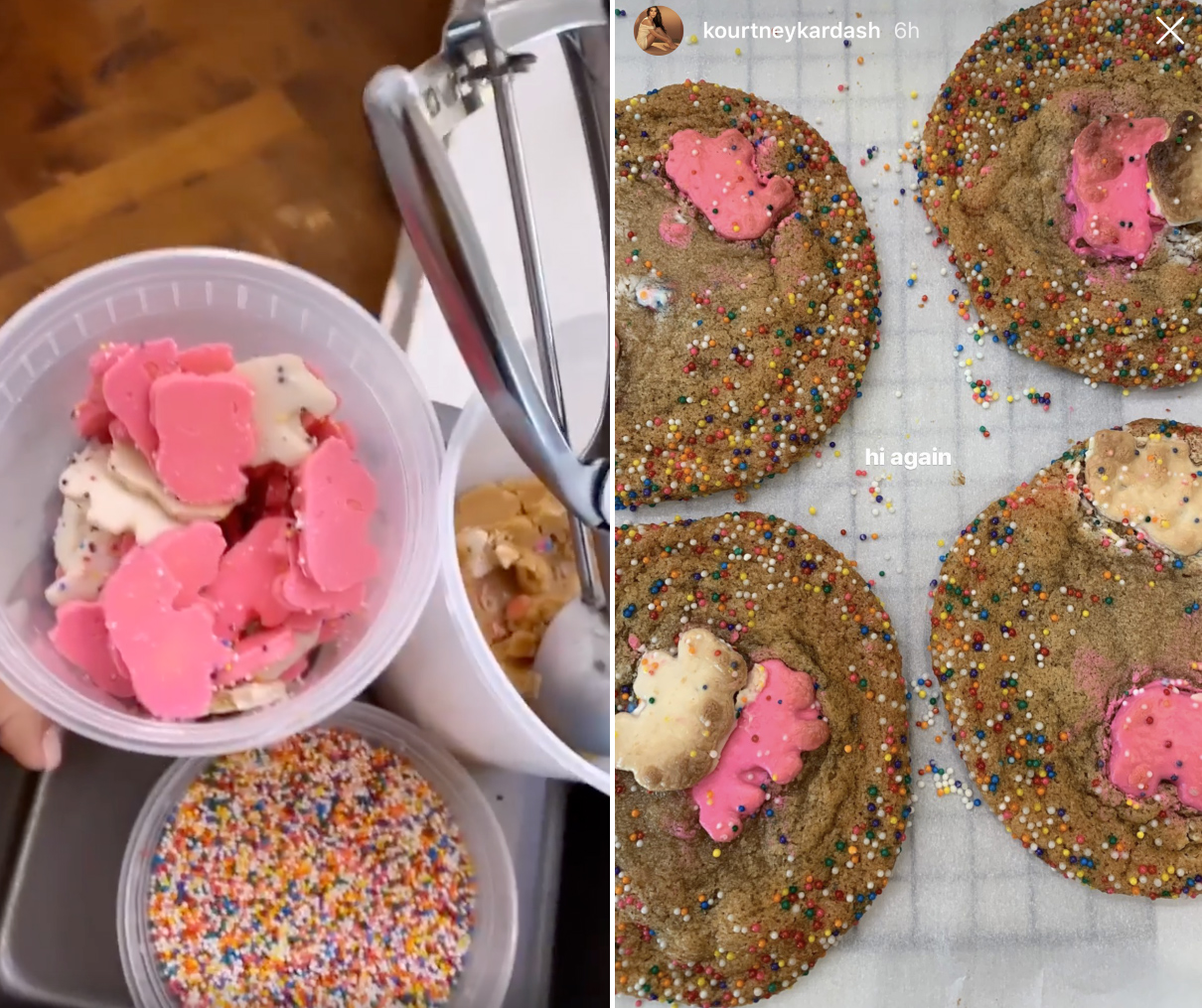 “So you make sugar cookie dough with the [Animal Crackers] already in it or you mixed it?” Kardashian asked.

Her chef, who was off camera, explained the baking process. “I made the dough — the same dough that I use for chocolate chop cookies — and then I mixed in some cotton candy chocolate chip morsels and Animal Crackers.”

“Wow,” the KKW Beauty founder explained as she pivoted the camera to reveal a tray of cookies that had just come out of the oven. “I just had one, it’s so worth it.”

By the looks of it, the cookies also boast two whole white and pink Animal Crackers on top. Kardashian’s colorful brand of choice is Mother’s Original Circus Animal Cookies.

The E! personality’s sister Kourtney Kardashian was also present for the baking tutorial and explained that she has also gotten “a lot of requests” for the recipe after posting a photo of the sweets on her Instagram Stories as well.

While it’s unclear if these cookies are vegan, Kim typically eats foods without meat or animal byproducts in her California house. “I am eating all plant-based when I am home,” she declared on social media in April 2019. Since then, the Skims founder has shared a peek at several of her favorite vegan meals, including tacos and zucchini noodles.

The aspiring lawyer also has a serious sweet tooth. She’s a well-known doughnut fiend and tweeted about her “favorite ice cream ever” in October 2019 — Breyers Oreo & Chips Ahoy! 2in1 Ice Cream. “#NotAnAd just real life,” she said of the dessert at the time. “Huge chunks or Oreos and choc chip cookies.” 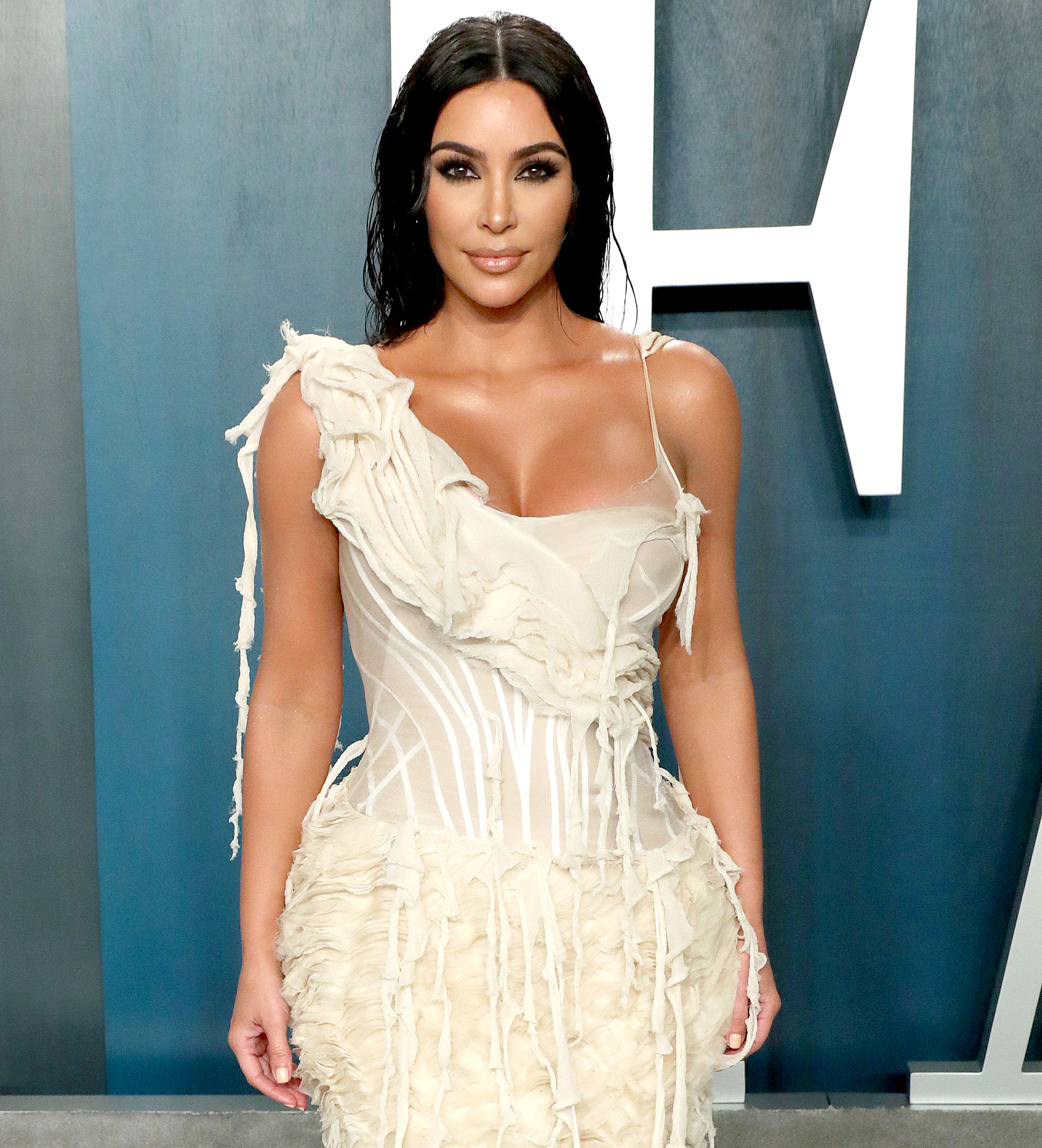 This cooking session came after a rocky few months for Kardashian and her husband, Kanye West. Following his first presidential campaign event in South Carolina last month, during which he alleged that he and his wife considered ending her first pregnancy before daughter North was born, the rapper, 43, claimed that Kardashian and her mother, Kris Jenner, tried to “fly to Wyoming with a doctor to lock me up.” The “Stronger” singer later implied in a separate post that he had been “trying to divorce” the Selfish author for two years.

Celebrity Food Moments That Make You Scratch Your Head: Kim, Kylie and More

Kim later addressed her husband’s bipolar disorder via her Instagram Stories and West apologized to his wife for his comments about their private matters.

Despite hitting a rough patch in their marriage, a source told Us Weekly exclusively that the couple isn’t ready to give up yet. “Kim is focused on healing her relationship with Kanye and has been busy taking care of their kids and him,” the source said earlier this month. “She has been helping and supporting him a ton while he’s been struggling with his mental health and wants him to know and feel that she is there for him through thick and thin.”