LIVERPOOL have reportedly made Turkey goalkeeper Ugurcan Cakir a summer target – after he impressed while they scouting Erling Haaland.

Trabzonspor goalie Cakir, 24, was between the sticks for Turkey’s 3-0 win in Saturday’s World Cup qualifier against Norway. 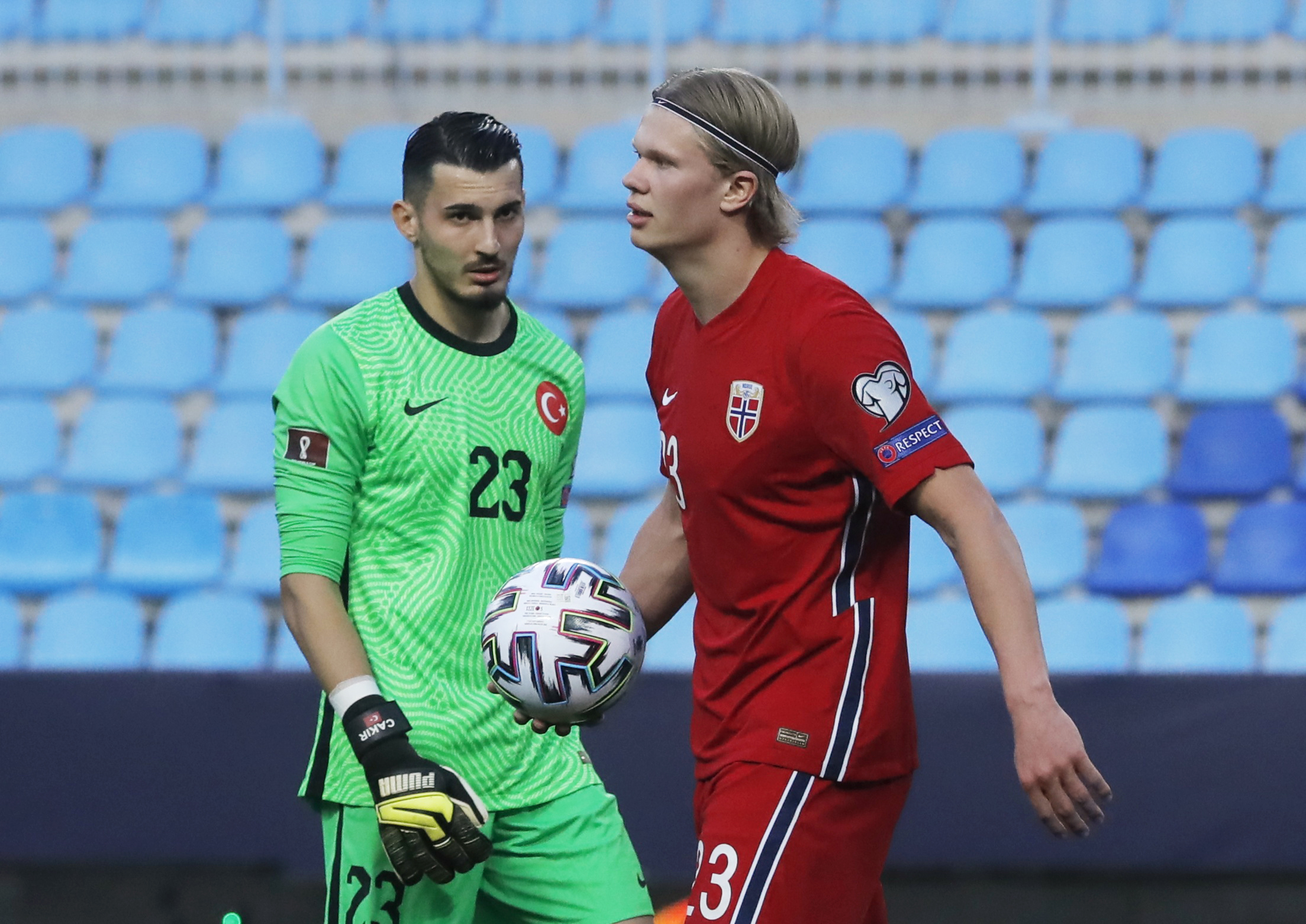 But Cakir was in fine form to deny the striker his usual goal.

And as a result, Liverpool have reportedly added the stopper to their summer shortlist.

Cakir is valued at £14.5million by his club.

And he would serve as Alisson’s No2 should he make the move to Anfield.

Cakir has kept ten sheets for Trabzonspor this season, having caught the eye last year.

It’s said that Chelsea were interested before they signed Edouard Mendy from Rennes.

But Liverpool may have to move quickly if they want to secure Cakir’s signature.

RB Leipzig and Sevilla are also said to have had representatives at the game keeping an eye on him.

Meanwhile, Liverpool also face a huge fight in the race for superstar Haaland.

Chelsea and Man United are both interested in the hitman, who has 33 goals this season.

But it’s Man City who are thought to be leading the race after confirming Sergio Aguero will be leaving the club after ten seasons once his contract expires this summer.

SunSport can exclusively reveal City would have to pay a £150million transfer fee to bring Haaland to England.

And the player himself wants to become the Premier League’s best-paid star in history on weekly wages worth £600,000.