The department last week sent pre-termination letters to Detective Myles Cosgrove, who an FBI analysis determined fired the shot that killed Taylor, and Detective Josh Jaynes, who applied for the search warrant at Taylor’s Louisville home. In the letter to Jaynes obtained by CBS News, Gentry said Jaynes was “not truthful” when he claimed he received information from a U.S. Postal Inspector that Taylor’s ex-boyfriend had been receiving suspicious packages at Taylor’s home. 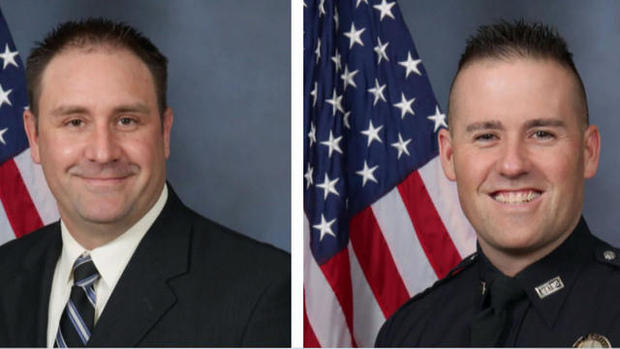 The raid was linked to a drug investigation into the ex-boyfriend, Jamarcus Glover, who did not live there. Kenneth Walker, Taylor’s boyfriend, said police did not announce themselves before they battered in the door and he fired a shot because he feared someone was trying to break in. Three officers including Cosgrove returned fire, killing Taylor. No drugs were found in the home.

Cosgrove was fired for violating the department’s deadly force policy, according to a termination letter obtained by CBS News.

Another officer who opened fire, Brett Hankison, had already been fired from the force for “blindly” firing shots into Taylor’s apartment from outside. He was charged criminally with endangering Taylor’s neighbors when bullets flew into their unit. No one has been charged in Taylor’s death.

Both Cosgrove and Jaynes will have the opportunity to appeal the decision.

This is a breaking news story and will be updated.