Machine Gun Kelly raised a lot of eyebrows at the Billboard Music Awards 2022 Sunday night when he referred to Megan Fox as his “wife” and then mentioned their “unborn child.”

The rapper-turned-punk-rocker took to the stage in Las Vegas to perform “Twin Flame,” and at the start of it he said, “I wrote this song for my wife.”

Halfway through the performance, he followed up with, “This is for our unborn child,” as the sound of a heartbeat played.

Reps for the couple didn’t immediately return Page Six’s request for comment about whether they’re married and/or expecting their first child together.

Earlier in the evening, the cozy couple brushed off a reporter’s question asking if they would follow in Kourtney Kardashian and Travis Barker’s footsteps and have a quickie wedding in Las Vegas.

The pair, who matched in spikes and sparkles at the awards show, got engaged in January at the Ritz-Carlton Dorado Beach in Puerto Rico. 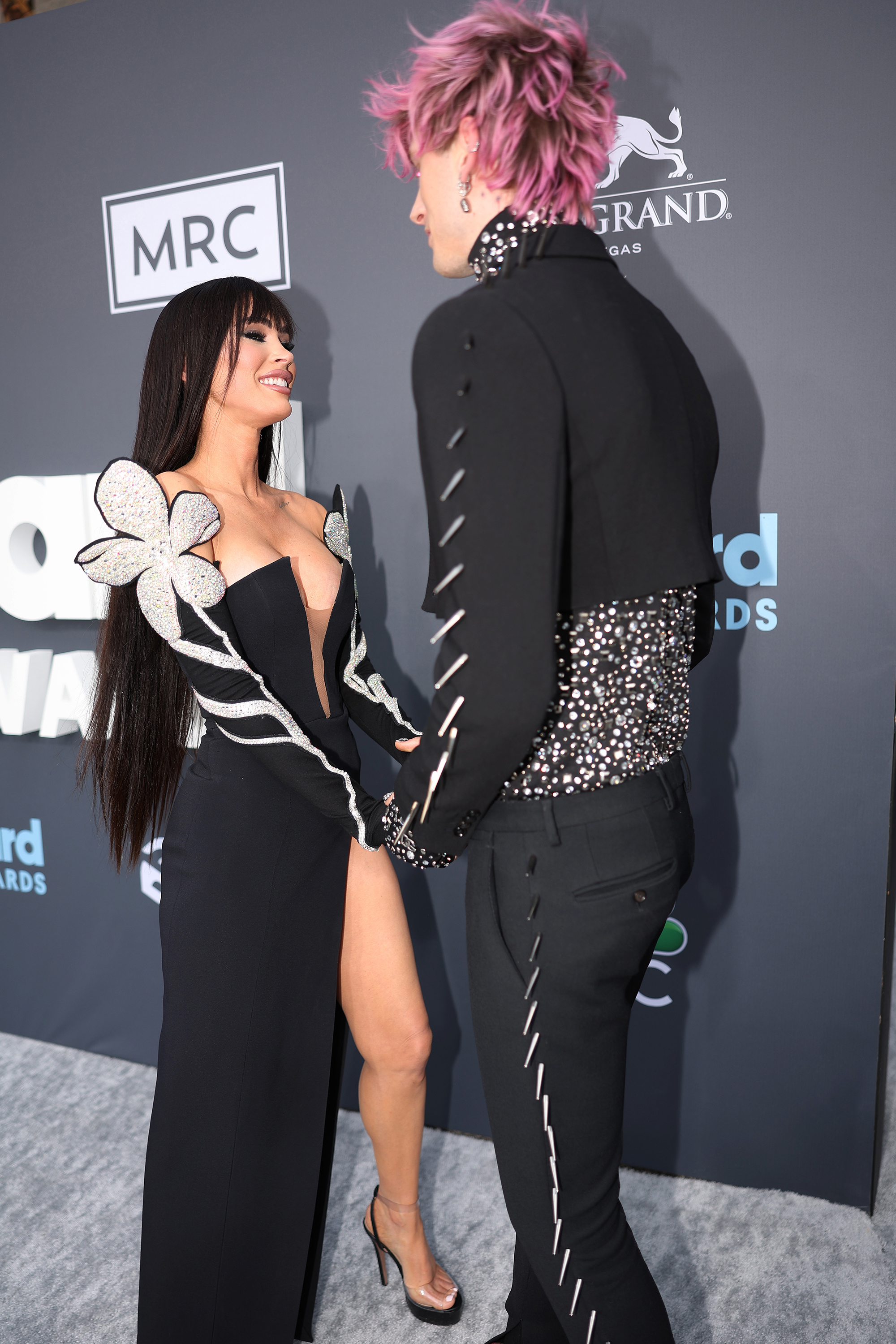 They’ve since followed up the initial blood drinking comment by later saying it’s for “ritual purposes.”

“It’s just a few drops, but yes, we do consume each other’s blood on occasion for ritual purposes only.”