A desperate comeback effort from Collingwood wasn't enough to stop the West Coast Fever on Saturday, with the Magpies losing by one point in a nail-biting Super Netball contest.

Collingwood hit the lead for the first time since the third minute in the first quarter with just under six minutes remaining in the final term – and looked to have the momentum in the match – but the Fever ground out a gritty win. 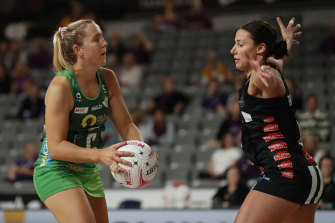 The Fever got away to a quick start with a 10-point lead at quarter-time but the Pies outscored their opponents in each of the next three quarters, although not enough to make up for that poor beginning.

The mid-court battle was compelling but it was both duels under each post that stole the show, particularly Geva Mentor’s tussle with Fowler.

Madi Browne, the player of the match, said it was bittersweet to perform so well in such a tough loss for the Magpies.

"It is [good] to obviously have some good little wins along the way, but that loss really, really hurts. Hopefully that one point doesn't hurt us in the long run," Browne said. 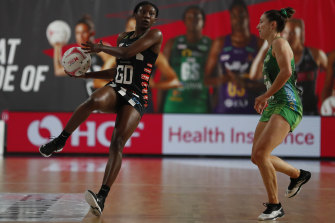 "It's about making sure when you get your chance you get involved. Being an older duck on the scene these young girls definitely keep me on my toes."

The loss means the Magpies missed their chance to enter the top four and moved to one win and two losses for the season.

They’ll back up on Wednesday against the Adelaide Thunderbirds in what looms as a must-win game if they want to play finals this season.