Maksim Chmerkovskiy returns to US from Ukraine, reunites with Peta Murgatroyd

Maksim Chmerkovskiy: I made it on the train out of Ukraine

Maksim Chmerkovskiy says he was arrested in Ukraine amid Russian invasion

Maksim Chmerkovskiy is still reeling from his time in the Ukraine.

The former “Dancing With the Stars” pro told “Good Morning America” in an interview that aired Friday that he feels “guilty” for being able to get out of the war-torn country when so many others are still stuck amid Russia’s invasion.

Now back home in Los Angeles and reunited with his wife, Peta Murgatroyd, Chmerkovskiy said he is dealing with trauma to his mental health.

“I’m still in a very much fight-or-flight. I’m a big boy, but I know for a fact that I’m going through something mentally because I get into these cry moments, emotional, I can’t control it,” he explained.

“I cried on the way from the airport. I felt embarrassed the entire ride back because I was the only man on the train amongst all women and children.”

Chmerkovskiy, 42, also shared more details surrounding his brief arrest in his native country, which was the result of breaking curfew. He said one officer recognized him from the ABC dancing competition series so he was able to go on his way. 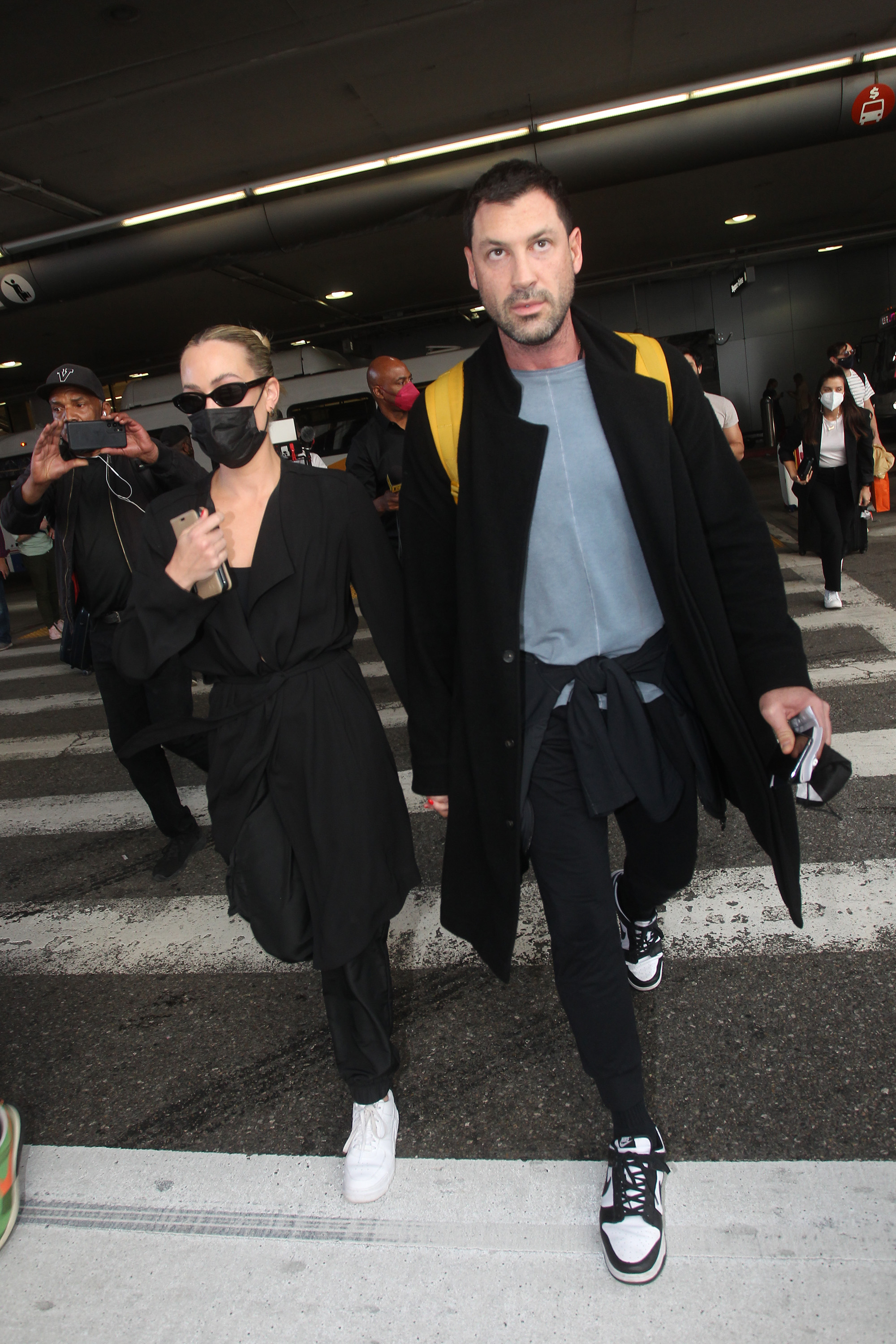 “[Being recognized] absolutely saved me, but it’s not like I was going to get shot,” Chmerkovskiy explained. “I was going to get probably put somewhere where I can sit until they figure out who I am and check my identity.

“It would’ve been fine, but I felt like things got real,” he continued, “and all of a sudden I don’t have all of the things needed to feel safe in this place at all. I’m not built for this at all.”

As Page Six previously reported, Chmerkovskiy had been in Kyiv to serve as a judge for the Ukrainian version of “World of Dance.”