RIO FERDINAND revealed his regret at never winning the FA Cup and admitted: 'It still grates'. 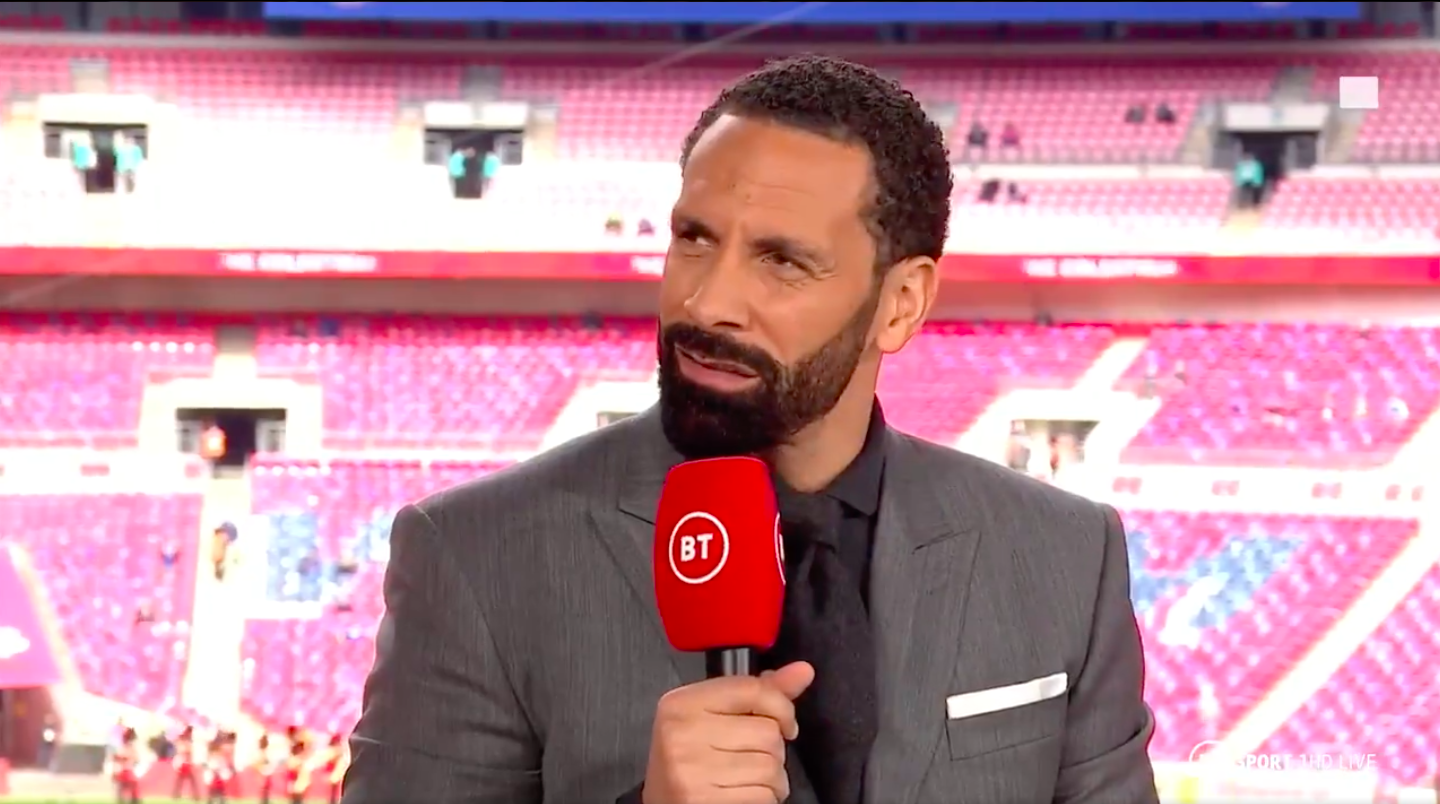 But he never once lifted the oldest prize in the book, losing in finals against Arsenal in 2005 and most recently to Chelsea in 2007.

That day, Didier Drogba's extra-time winner meant Ferdinand had to settle for a silver medal, and still struggles to live it down to this day.

He said on BT Sport: "It still grates, definitely. I'm sitting here looking at it (the trophy) and I want to launch it.

"They were bad moments. I was lucky enough to win quite a lot of stuff in my career.

"But I tell you, I probably spend more time even in retirement thinking about not getting my hands on that trophy."

The midfielder arrowed one in from long range to sublimely decide the final, but Ferdinand argued Jorginho's lack of pace made it too easy.

He said: "This is one area I don’t like in his game is that he can’t get across the ground. He should be the one getting across there [to stop Tielemans].

"He shouldn’t be pointing at a defender to get out [to Tielemans], if Thiago [Silva] goes there he leaves the space and [Jamie] Vardy’s in."

Chelsea legend Joe Cole, who won two FA Cup's, said: "There are holes in this games and that’s one of them.

"He knew he didn’t have the legs to get there, so he’s trying to dictate to people around him.

"There will always be frailties. I’m not worried about in the week when he gave the ball away [for Arsenal’s goal] because that’s very rare, but that happens a lot in his game.

"I think now Thomas Tuchel when he’s thinking about the Champions League final, you can’t leave Phil Foden or Riyad Mahrez in that situation, you’ve got to get out there.

"I don’t want to take anything away from the strike, but from a Chelsea performance and a defensive perspective, if you’re playing that role, first and foremost before anything you do with the ball you’ve got to stop that from happening, and he didn’t do that tonight.

"Tuchel’s got a big decision, not only Tuesday night [against Leicester] but in the Champions League final.

"Jorginho’s a fabulous player on the ball but there are holes in his game."