CHELSEA striker Tammy Abraham has jokingly told Manchester United ace Marcus Rashford to "stay away" from Jadon Sancho as the battle to sign the Borussia Dortmund forward heats up.

The England international has been heavily linked with a move away from BVB in the summer, with the Red Devils, the Blues and Premier League leaders Liverpool all reportedly keen. 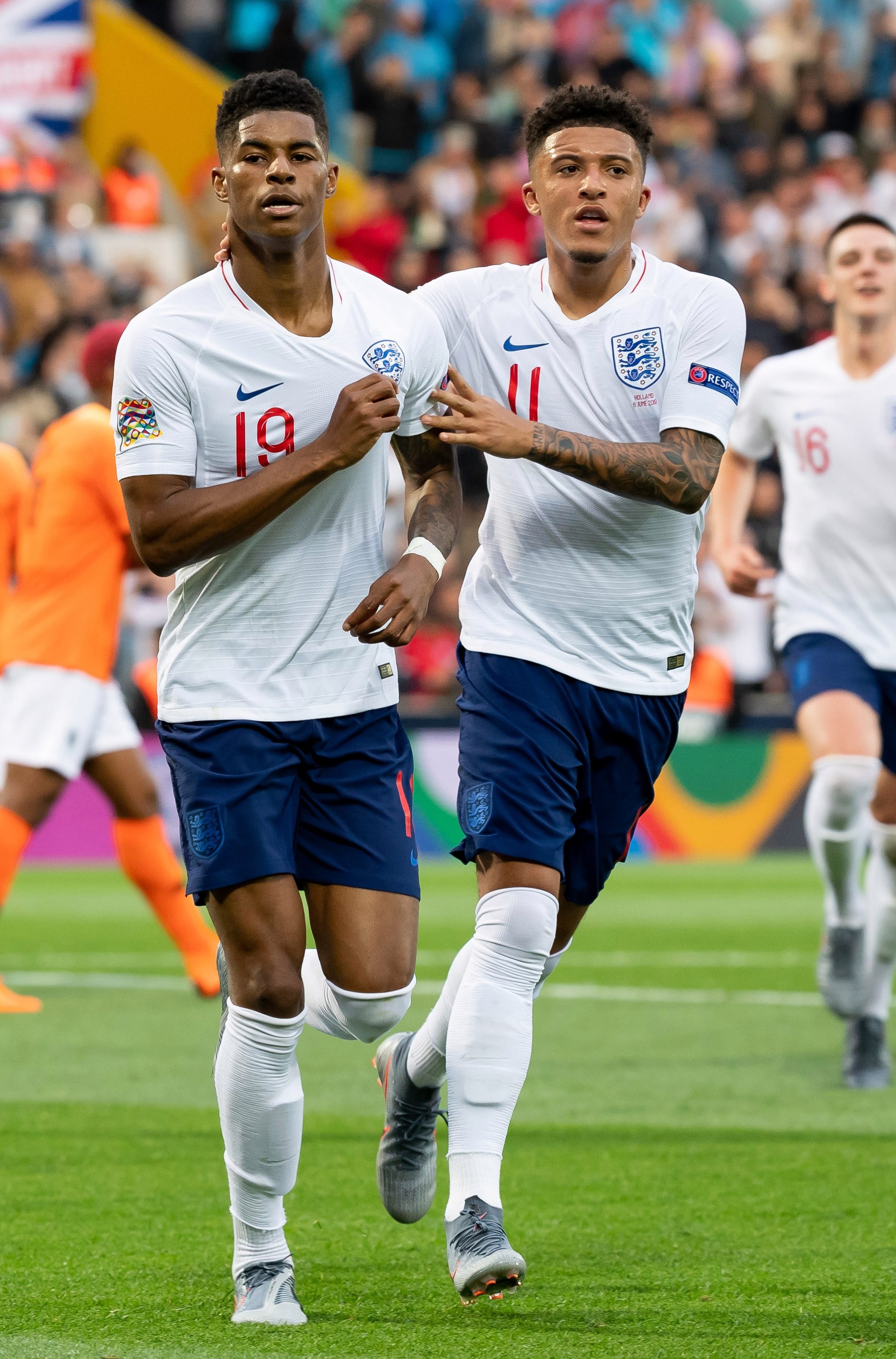 But it has been claimed that it is United who are winning the race to snare him away from Signal Iduna Park in a £100million deal.

The club have already made their move having been in contact with the player’s agent for the last two months.

Sancho turned 20 on Wednesday, and United marksman Rashford took to Instagram to wish his compatriot a happy birthday.

Posting a picture of the duo on international duty, the 22-year-old said: "Happy birthday bro!! @sanchooo10 Enjoy your day, indoors!"

The ex-Manchester City youth star was quick to reply, as he messaged back: "Thank you Rashhyy, appreciate it bro."

In a now deleted comment, Abraham then chipped in where he warned Rashford, "Stay away from my Jadon," followed by a laughing emoji.

It should come as no surprise that Sancho is high on the wishlist of many clubs in the next transfer window.

The winger has chipped in with a staggering 14 goals and 16 assists in just 23 Bundesliga games this season.

His stunning form has led him to be touted as the most expensive youngster in world football, with CIES Football Observaory valuing him at a whopping £186m. 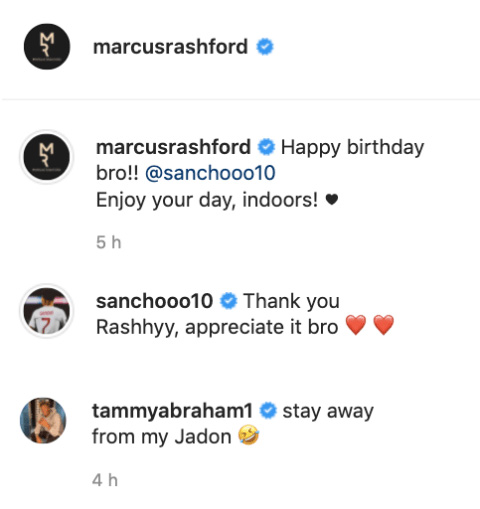 Sancho – who has two years left to run on his deal at Dortmund – is a player that Rio Ferdinand has urged United to snap up.

Speaking during an Instagram Q&A session, he said: "I would take Sancho all day, to Manchester United. Whether we’ll get him, though…