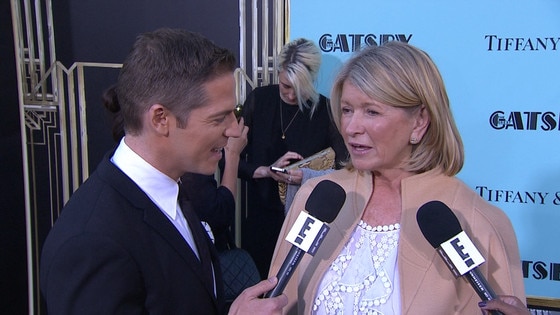 We’ve all been there, Martha Stewart.

On Monday, the Martha & Snoop’s Potluck Dinner Party star found herself in the middle of a hilarious—and very relatable—Instagram pickle when she drunkenly left a comment on a video of some adorable baby chicks.

Posted by the Best Little Hen House In Texas’ Instagram account, the farm shared an update on the young members of its chicken coop and informed fans that the chicks have been growing at a “remarkable” rate.

Thrilled by the video, Martha was excited to learn more and offered some of her farmhouse advice. But, little did she know, her message was laden with typos: “M as me sure you feed and wAter them daily And keep the heat Iss as no BK in s as Nd when you can finally come back to nyc who is going to care for them??”

Aware that her comment didn’t make any sense, she epically responded, “What a mess I have been drinking.”

As we’ve learned from her recent visit to Late Night with Seth Meyers, Martha certainly knows how to make the perfect cocktail. While catching up with host Seth Meyers, the lifestyle guru walked the Saturday Night Live alum through her recipe for the “perfect Martha martini,” which called for ¼ cup of vermouth, 4 cups of Belvedere vodka, a lemon peel and some ice.

“Twist your lemon peel, like that, right over the surface and a little bit of that oil from the skin goes right into the martini,” she instructed. “And if you want to prolong…the drink, just add an ice cube and another one. I can really nurse one martini for a pretty long time. But, in this day in age…”

We’ve all been there. #CommentsByCelebs

We’ve all been there. #CommentsByCelebs

She also treated fans to a tutorial of her take on an Aperol spritz, which featured fresh rhubarbs from her garden. “Look at this gorgeous stuff,” she said as she held up her mixture of Saint Germain liqueur and rhubarbs. “I put stalks of rhubarbs in about five days ago in anticipation of home confinement and it turned the Saint Germain this beautiful pink color.”

To finish off the drink, Martha added a splash of her homemade seltzer water. Not wanting to be empty handed, Seth prepared himself a drink. “I just have some scotch I’m gonna pour into a water glass and watch,” he said. Holding both of their glasses up, Seth made a toast: “Well, here’s to both nursing martinis and to America’s nurses.”