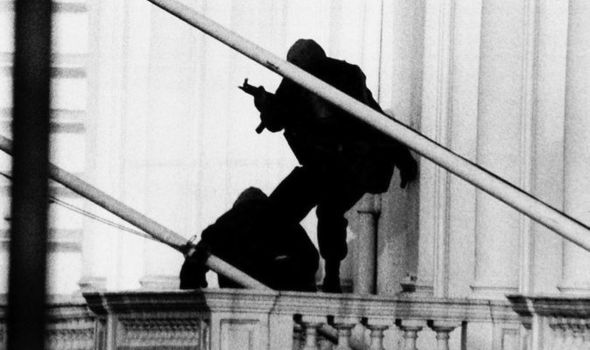 These bravest and toughest of men have nothing to prove so go about their everyday lives outside the Army in an utterly unobtrusive way. If someone brags about being in the SAS, they’re usually lying. Neither could the Regiment’s location be more low-key: a former RAF base in the tranquil village of Credenhill, nestled beneath wooded hills a few miles outside town. Herefordshire is one of the most rural, sparsely populated counties in England – and probably the sleepiest. Famed for its cattle, apple orchards and picturesque black-and-white villages, for most visitors it feels like a trip back in time. If not for the SAS’s reputation, no one would guess it’s also home to the world’s most feared and respected military unit.

Writing about a fictional retired SAS major, Leo Black, in the new thriller The Black Art of Killing, I wanted to create a character who reflected a fundamental truth about these enigmatic figures often missed in their portrayal on screen and in books: that they are highly trained killers who can be sent anywhere in the world at a moment’s notice but also men with families living otherwise ordinary lives.

Somehow, they have to square their deadly work with their often humdrum existence back home.

I first became aware of the SAS aged 11 when my best friend mentioned in passing that his dad (all 5ft 5in of him) was in the Regiment and often away. They lived in a very modest ex-council house in an ordinary street in an unfashionable part of Hereford. Their neighbours were postmen, nurses and workers from the Bulmers cider factory. A soldier’s wage doesn’t stretch far. His mum worked in the office of a removals company.

His dad was nevertheless regularly disappearing for extended periods, presumably to Northern Ireland, the Middle East and probably to central America (the SAS played a prominent part in taking on the Colombian drugs cartels).

He couldn’t tell even his family what he was up to, so a mystique grew up around him.

To his sons he was a hero, to his neighbours an ordinary bloke, and to me an object of fascination. He was very calm but would be on a hair-trigger for some time after returning from a mission. On one occasion a car backfired and he automatically leapt over a garden wall. 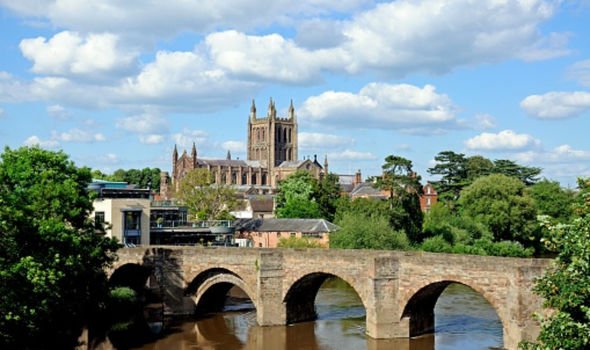 When I reached university age, we lived in a little village seven miles from town and, one summer, I got to know a near neighbour, Rob, who was no more than 5ft 6in, quietly spoken and never discussed his work.

I learned from other neighbours that he was in the SAS and often vanished for months on end. We had a mutual friend in Terry, a builder and local lothario, and over whisky at Terry’s after closing time I tried to winkle stories out of Rob.

All I got was a playful smile and the fact that after six weeks living in the jungle, a human’s senses were so heightened they could smell things as keenly as an animal.

He was no great physical specimen and could have passed for an ordinary working man until one night he went drinking in Hay-on-Wye 27 miles away and ran home. In his boots.

Another trooper, the brother of a friend who is still in the Regiment, walked more than 100 miles across mountains in Afghanistan with a broken ankle.

This is precisely the sort of the thing their training and selection is designed for – the SAS only wants men with that level of mental strength. And not being big and muscled-up like the US Delta Force of Navy Seals makes them more effective at mountain combat.

Most of the men I have spoken to over the years have come from similar backgrounds. They were teenagers from rough neighbourhoods whose prodigious energy got them into trouble. My friend’s brother, who is still serving, is typical: while still at school he would steal a car to drive home after a night on the tiles. They’ll often say the Army saved them from prison or worse.

The SAS draws its recruits from serving soldiers who’ve proved their physical and mental prowess before applying for selection.

A current neighbour, Chris (another kid destined for Borstal), was rescued by an Army recruitment officer in south London. He was a teenage paratrooper at the Battle of Goose Green in the Falklands and applied for the SAS soon after.

Hereford hospital has got used to dealing with some exotic problems. Chris once came back from Africa with a strange lump beneath his skin that started to move – a large parasite had hatched and needed to be removed!

We’ve all seen the TV shows that try to mimic the selection process but I’m told the reality is far tougher, both physically and his skin began to mentally. Civilians can’t gain access to the training facilities but I have heard stories of a swimming pool containing a clear Perspex tube running its entire length along the bottom through which recruits are expected to swim. It sounds horrifying but so does being dug into a hole in the ground behind enemy lines, spotting for air or artillery strikes for several weeks.

The essence of an SAS soldier is the ability to stare death in the face and keep staring – for days and even months on end. Mental, rather than physical strength is the most vital asset.

My observation from conversations with men who have not only endured but relished the sort of extreme danger that to the rest of us is unimaginable is that they are truly a race apart. They seem to possess an ability not just to block out their emotions but to shut them off entirely.

My neighbour Chris is now in his late 50s and saw 15 years’ service in Northern Ireland, Colombia, Africa, the Balkans and elsewhere. He doesn’t suffer from PTSD, hardly knows of any former colleagues who do and says the only sleepless nights he has had were over an incident in the Falklands when his position was strafed by an Argentinian fighter plane. I believe him.

He is rock steady, happily married with 20-something kids and holding down a highly responsible job in the security business.

Deaths are not common but are dealt with in a very low-key way, with no public outpouring of grief and very little attention. The Regimental church is St Nicholas in Hereford, a very unassuming Victorian building on the outskirts of the city. It’s as anonymous as everything else to do with the Regiment. 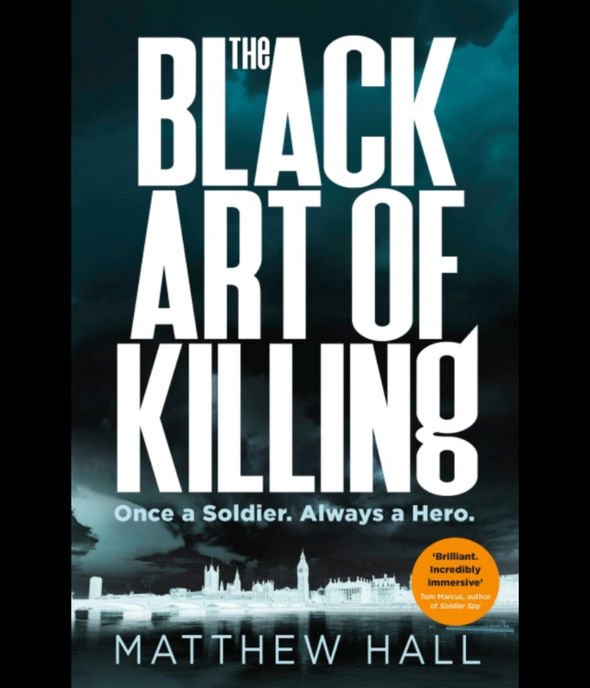 My fictional former officer, Leo Black, is trying to escape his past for a new life in academia after 20 years in the Regiment. But while attempting to be accepted as a don at Oxford’s Worcester College, he finds fate has other plans for him. In real life, it is true that leaving the Regiment for civvy street is often the hardest thing these men will do.

Although they are often loners and mavericks by nature, while still serving they nevertheless enjoy a huge sense of camaraderie. There is little or nothing in the way of counselling or help in making the adjustment to civilian life and most wouldn’t accept it anyway. They often go into the security business. Celebrities and billionaires love to have an ex-SAS bodyguard, in part for the kudos. My best friend’s dad went to run security at a diamond mine in Sierra Leone (which was apparently “very lively”). Another close acquaintance, who lives in an ivy-clad former rectory, runs diplomatic protection for foreign governments.

For many, this provides a decent income but very few get rich, even moderately so. There is almost universal contempt for the tiny number of former troopers who try to become celebrities and make big money from publicising their (often imaginary) exploits.

But, as in any group of human beings, there are exceptions to the rule. I have heard of some ex-SAS men who have turned to drink or drugs (which is rare), but it’s more common for them to seek isolation and a simple life deep in the Herefordshire countryside – or even to turn to religion.

My school friend’s dad became a Sufi – an adherent of the mystical branch of Islam that Cat Stevens embraced. It was his way of reconciling the dual aspect of his character. He was, he discovered, both a warrior and a deeply spiritual person.

This is something we find hard to understand in the present day but, in the Middle Ages, knights were as much men of God as of war.

I recently asked a former SAS man what it was like to be a trained killer. He shrugged and said it was just a job… that sometimes involved a few bodies lying about.

He enjoyed his service and was happy to do it; not necessarily, I sensed, through any great feeling of patriotism or duty but because he was born to it.

He is one of the warrior caste who have always existed and always will. And in order for the rest of us to about’ sleep soundly in our beds – to paraphrase George Orwell – we need rough men like him.

I’m not sure I’ll ever get used to the fact that the bloke who lives down the lane might be parachuting into Isis-held territory at night, fighting a hand-to-hand battle and escaping by the skin of his teeth.

But truth is always stranger than fiction – if you’re looking for an SAS hero, you’ll most likely find him in a Herefordshire cottage with roses around the door.

The Black Art Of Killing by Matthew Hall (Michael Joseph, £14.99) is published tomorrow. For free UK delivery, call Express Bookshop on 01872 562310 or order via expressbookshop.co.uk