The best looks from ‘Real Housewives of Salt Lake City’

Meredith Marks may be one of the newest “Housewives” on Bravo, but her son Brooks is quickly proving to be the breakout star of “RHOSLC.”

Brooks, 21, became an instant fan favorite when “The Real Housewives of Salt Lake City” premiered in November. He decided to stay home from college for a semester to film alongside Meredith, 49, and help her through her separation from his father, Seth.

“I was beyond shocked. It’s so heartwarming to know that people are supportive of me,” Brooks recently told Page Six Style of his newfound fan base.

“I mean, I came home to support my mom during her separation and work on developing my brand further — and the show is ‘The Real Housewives of Salt Lake City,’ it’s not ‘The Real 20-Year-Old College Student,’” he laughed. “So I’m incredibly grateful for each and every individual supporting me, and I send my love and support back.” 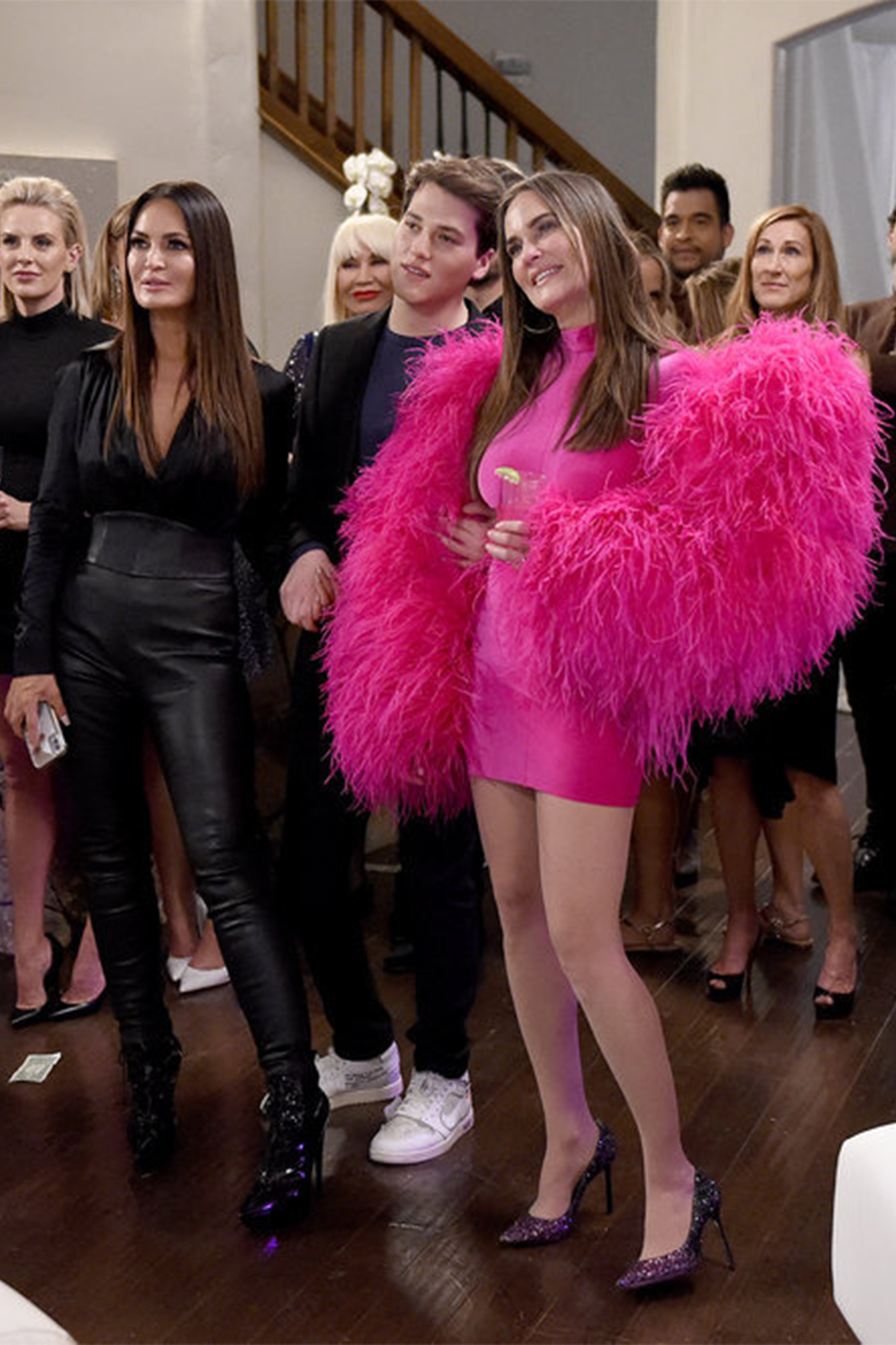 Brooks’ up-and-coming design career took center stage on Wednesday night’s episode of “RHOSLC” as he and Meredith prepared for his debut fashion show during the inaugural Park City Fashion Week, which took place in 2019. Brooks was the youngest designer to have a show during the event.

“Honestly, I did not realize how much goes into a fashion show; it was an incredible learning experience for me. I thought all I had to do was show up and bring my clothing and fit everyone and make sure my clothing looked great,” he continued.

Brooks’ signature design is a simple black tracksuit with a side stripe bearing his name.

“I was definitely inspired to create a universal brand that could be appealing to everybody,” he explained. “Right now, my main priority in fashion is comfort. So aside from my clothing being comfortable to wear, I want people to feel comfortable in it. The tracksuit isn’t just for one body. It’s really genderless and it’s for everyone.”

Brooks noted that he “always had an interest in fashion,” partly thanks to his mother Meredith’s career as an award-winning celebrity jewelry designer; her pieces have been worn by the likes of Rihanna, Charlize Theron and Courteney Cox.

“I remember when I first started my brand, my mom always told me to keep it authentic and true to myself in order for it to be successful,” he told us. “She’s been so incredibly supportive. I mean, I call her probably 25 times a day with a million business questions, and somehow she’ll always answer my call and knows the answer to exactly what I need.”

While Meredith has remained hands-off in the design department, she did help her son when it came to creating his website and business strategy. 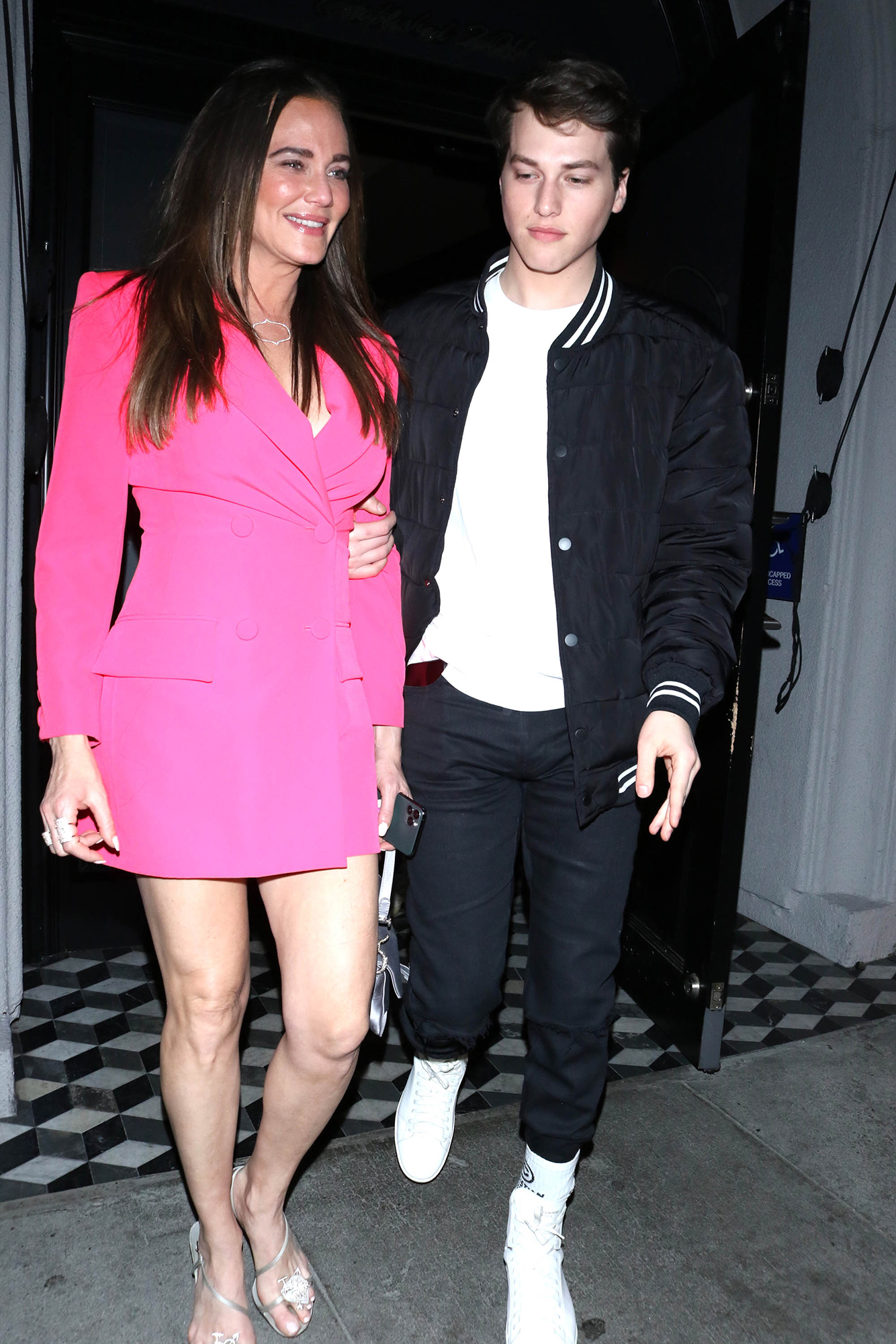 Brooks is currently living with his brother Reid, 23, in New York. They plan to quarantine with their parents and sister Chloe for Christmas, but in the meantime, they are watching the Bravo series together — remotely.

“It’s usually a multiple-person phone call between my mom, my sister and I, and maybe my dad is on it or sometimes my grandma. And we just kind of talk about the show as it’s airing,” he said.

“It’s funny because my mom live-tweets a lot of the time during the episodes and she’ll just like, say what she wants to live-tweet.”

And while Brooks said it’s been “really fun” to watch the episodes as they air, it’s not always easy seeing your family’s life play out onscreen.

“At times I feel misunderstood because these are snippets of events that take place over the course of several hours. And watching my parents’ separation was very difficult, because it was an emotional thing for my family. But I am very excited to see the fashion show from an outsider’s perspective,” he said.

“And I’m just very proud of my mom. It’s incredible to see how she is such a strong woman and just the way she holds herself; there’s no one in the world like her.”

Brooks’ third clothing drop will be released in time for the holidays via his website.