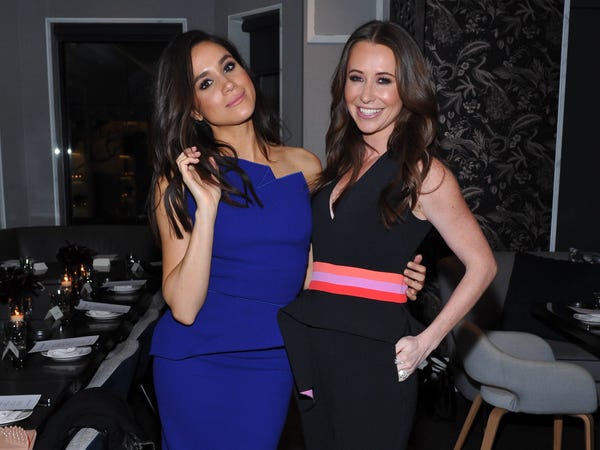 Jessica Mulroney said she deleted an Instagram photo of Meghan Markle because of "bullying and hatred" on the platform.

The Canadian stylist and TV personality opened up about the struggles she has faced just three months after she was accused of bullying another influencer on the social media site.

"People often ask why I delete certain posts," Mulroney wrote on her Instagram story on Tuesday, according to Vanity Fair.

"The amount of bullying and hatred I've had to put up with for three years … I'm tired of looking at it. Be kind. Be gracious. We are grown ups … stop acting like teenagers. Real women don't put down other women."

One of the posts Mulroney was likely referring to was a photo she posted on her now-private Instagram account in August of her son walking down the aisle behind Markle on her wedding day.

She captioned the post: "I see this and pure joy," before later deleting it, Vanity Fair reports.

The stylist made her account private after facing backlash for comments made towards an Instagram influencer in June.

Influencer Sasha Exeter said Mulroney sent her threatening messages after "wrongly" assuming that her call to action over the Black Lives Matter movement "was a direct and blatant callout to her."

"For her to threaten me, a single mom, a single Black mom, during a racial pandemic, blows my mind. It is absolutely unbelievable," Exeter said in an Instagram video.

As a result, Mulroney's TV show "I Do, Redo" was pulled from the Canadian network CTV.