Media entrepreneur Mia Freedman will be allowed sufficient time to move out of her $12 million home in Sydney's east after a judge found a contract to buy the property was validly torn up by the owner amid various disputes about money.

Freedman, also known as Mia Lavigne, and her husband Jason Lavigne moved into the prestige property in Bellevue Hill in January 2015 in an arrangement that gave them the option to buy the home at a later date. 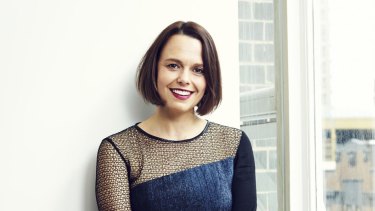 The pair – who founded the Mamamia media group – exercised the option to buy the property in late 2019, but settlement negotiations with the owner Somna Lala Kumar fell apart and the contract was withdrawn.

One sticking point was who would pay for repairs to the leaking slate roof, which the Lavignes contended was in a state of "dilapidation" that would cost $251,800 to fix.

The Lavignes went to the NSW Supreme Court, seeking settlement of the property, damages, interest, costs, and an order that the contract was not validly rescinded. In a cross-claim, Ms Kumar sought a judgment for possession of the property as well as the $600,000 deposit and unpaid rent.

On Friday, Justice Rowan Darke found in favour of Ms Kumar but declined to award payment of the $600,000 deposit, finding Ms Kumar was not entitled to it. 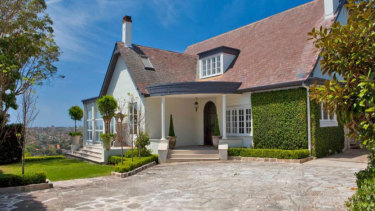 The Bellevue Hill property at the centre of the dispute.Credit:Domain

Justice Darke said the issues were complicated by the existence of other business dealings between the Lavignes, Ms Kumar, and her husband Joseph Jayaraj. This included Ms Kumar and Mr Jayaraj's company becoming a corporate and strategic consultant to mamamia.com.au for five years, for which they were paid $286,000 per year plus GST.

Payments due under the consultancy became a "contentious issue" in the attempted settlement process, Justice Darke said, with the parties seeming to treat fees payable as "being in the character of occupancy payments".

Justice Darke found Ms Kumar is entitled to an order for possession of the property, rent from December 2019 to June 2020, and the sum of $5875 per week from June 4 until the property is handed over.

"I have found that the defendant validly terminated the contract for sale on 11 February 2020," Justice Darke said. "On the conclusions I have reached, the plaintiffs were not entitled to remain in occupation after 3 June 2020.

"The plaintiffs should be allowed a reasonable period in order to vacate the property."

The court has not yet formally ordered the Lavignes to vacate or specified a period in which they must do so. The parties will confer and return to court within 14 days with their proposed orders.

The Lavignes' barrister Gregory Sirtes SC previously told the court the vendors demanded $13.2 million to settle the sale, including a purchase price of $12 million. He described the situation as "$13.2 million or the highway".

Freedman and Mamamia's management have been contacted for comment.