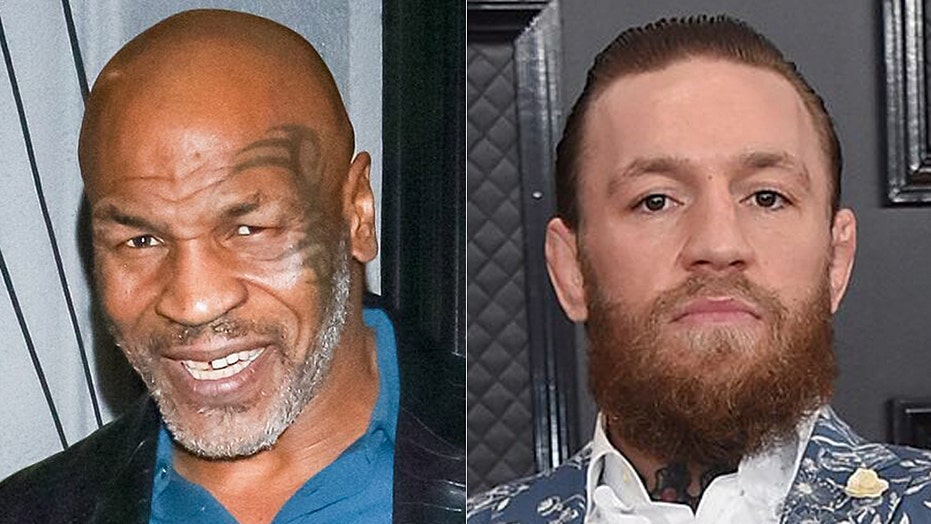 Mike Tyson appears hell-bent on keeping the title as the "Baddest Man in the Planet" alive and if UFC star Conor McGregor wants to catch those hands, he is more than willing to dish it out.

Tyson, who is set for an exhibition fight with Roy Jones Jr. in September, was asked by Jimmy Fallon on “The Tonight Show" on Monday about fighting fictional characters like Ivan Drago or Rocky Balboa.

“I think I could beat anybody that ever lived,” Tyson told Fallon.

When Fallon mentioned the possibility of the 54-year-old fighting McGregor, Tyson did not back down.

“How about this one? This one actually could happen,” Fallon asked. “Mike Tyson versus Conor McGregor. That dude is nuts.”

TYSON FURY REVEALS WHY HE TURNED DOWN FIGHT WITH MIKE TYSON: ‘IT WAS A LOSE-LOSE SITUATION FOR ME’

Tyson replied: “Yeah, but I'd kick his a– anyway!”

The former heavyweight champion said it would have to be under boxing rules. McGregor took on and lost to Floyd Mayweather Jr. in 2017.

McGregor has not responded to Tyson’s remarks.

Tyson is expected to fight Jones Jr. on Sept. 12 – his first bout in 15 years. The fight will be available on pay-per-view and the social media platform Triller, which, according to TMZ Sports, has also been granted the rights for a 10-part docuseries following Tyson and Jones as they prepare to battle it out.

Rumors of Tyson’s comeback have been circulating for months after he posted several videos to his social media showcasing his legendary speed and skill set. His trainer said in May that Tyson could realistically fight again in six months if he wanted.

A bout between Tyson and famed competitor Tyson Fury recently fell through after Fury revealed last month that he was offered “peanuts” compared to the contract Tyson was looking at.

The fight between Tyson and Jones could be interesting.