MIKE TYSON has revealed he would take on Floyd Mayweather if he could fight any boxer in history.

The former heavyweight champion claimed he would be "dirty" in the ring if he locked horns with the unbeaten American. 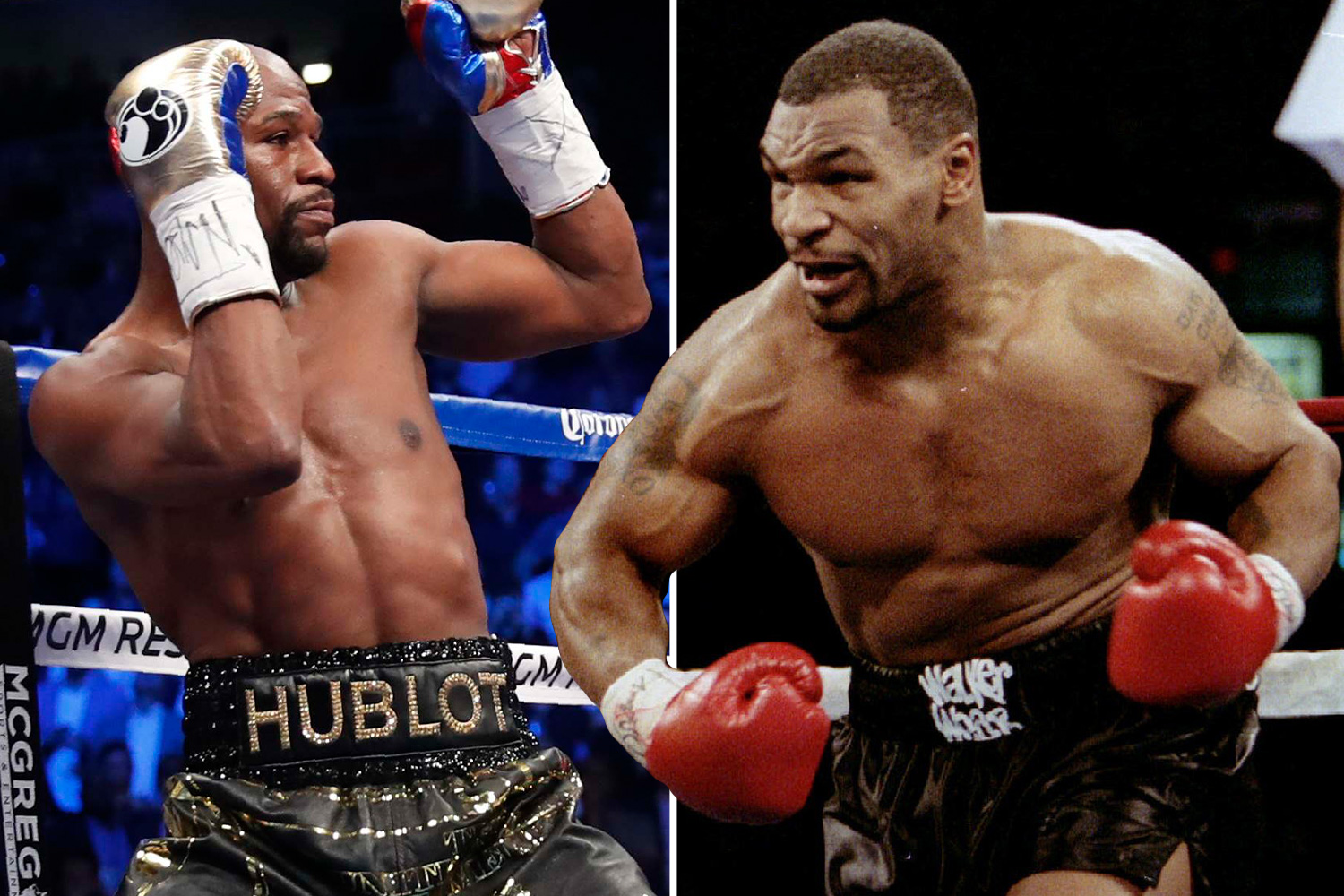 Tyson hung up his gloves in 2005 after he ended professional career with a record of 50-6 with 44 knockouts.

The American battled his way past the likes of Frank Bruno and Tyrell Biggs as he tore through the heavyweight division.

But in a dream world, the 'Baddest Man on the Planet' would have took on Mayweather in the ring.

When asked which fighter from any era he would face if he could, Tyson immediately responded: "Mayweather".

During the interview with ShoBox, he added: "Well, I would love to have fought him. I wish he was my weight."

Tyson previously claimed he would kick Mayweather's "a***" if they went toe-to-toe in a street fight.

And the 53-year-old, who infamously bit off Evander Holyfield's ear in the ring, insisted dirty tactics would be the way to beat Mayweather.

He told the Wall Street Journal: "We can never fight, of course, because of the weight difference, but I wouldn't fight him the way they fought him.

"Because you'd have to do everything to fight him because he's just so good.

"You can't… it's impossible to fight him clean.

Former pound-for-pound king Mayweather did not taste his defeat during his career before he retired with a record of 50-0.

But fans have begged for him to make a comeback after he posted a behind-the-scenes training clip.