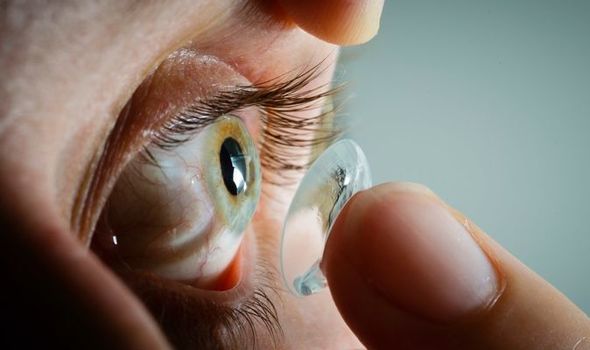 And one in ten blame their deteriorating eyesight for not plucking up the courage to do something different in their line of work.

Six in ten older adults have noticed their eyesight has changed since entering their forties, with 22 percent admitting they have started to suffer from a very common condition called presbyopia.

The research was commissioned by ACUVUE multifocal contact lenses, whose brand ambassador Martine McCutcheon – who has presbyopia – commented: “I began to notice a change in my eyesight when I turned 40, and discovered I had presbyopia.

“Due to this, I felt a little less confident as my change in eyesight was a real indicator to me that I was getting older and needed to make some adjustments.

“I’m in an industry that you need to be 100 percent on form for – it’s all or nothing. However, it was simple to make the switch to multifocal contact lenses.

“I didn’t want to put off visiting my optician any longer, especially if that meant being able to accept new and exciting roles and challenges – like signing my first modelling contract in 2021!”

The study also found half of those polled are currently dreaming about making a career switch to follow their true passion, with one in five wanting to follow their dream of becoming an author.

A quarter have been left wanting to try new things after the pandemic halted some of their hobbies – with gardening (42 percent ) and cooking (41 percent) listed as some of the nation’s favourite passions.

For many, the decision to follow their passions is a positive of getting older – with a third no longer caring what anyone thinks, and 37 percent enjoying the fact they are wiser due to life experience.

But two-thirds (67 percent) of UK adults aged 40 and over struggle to read things up close, with 43 percent finding it difficult to read restaurant menus, while 29 percent have had to increase the text size on their smartphone – because their vision has progressively changed as they grow older.

This is caused by presbyopia, which affects the eye’s ability to focus easily on nearer tasks – and affects 27 million people in the UK.

This happens because the lens inside the eye progressively loses some flexibility, and most people will experience presbyopia from their forties onwards.

Kate Stockwell from Johnson & Johnson Vision, ACUVUE’s parent company, said: “The study indicates many adults aged 40 and older lack the self-assurance to be brave and change the direction of their career, or even pursue a new hobby.

“For some, this is because they fear trying new things, and we know changing eyesight can affect confidence.

“If you haven’t needed vision correction before this point in your life it can feel daunting, but there are a number of options to have the vision you remember, including multifocal contact lenses.

“We would encourage anyone who thinks they might have presbyopia to visit their local optician.”

ACUVUE will host masterclasses on Instagram in January with Martine McCutcheon, Manoj Malde and Kelle Bryan, to inspire those who are lacking the confidence to try something new.