IT CAN take rugby league star Mose Masoe a good 15 minutes just to put on his socks.

But the giant Samoan international is just grateful he can — because early last year he could not even move. 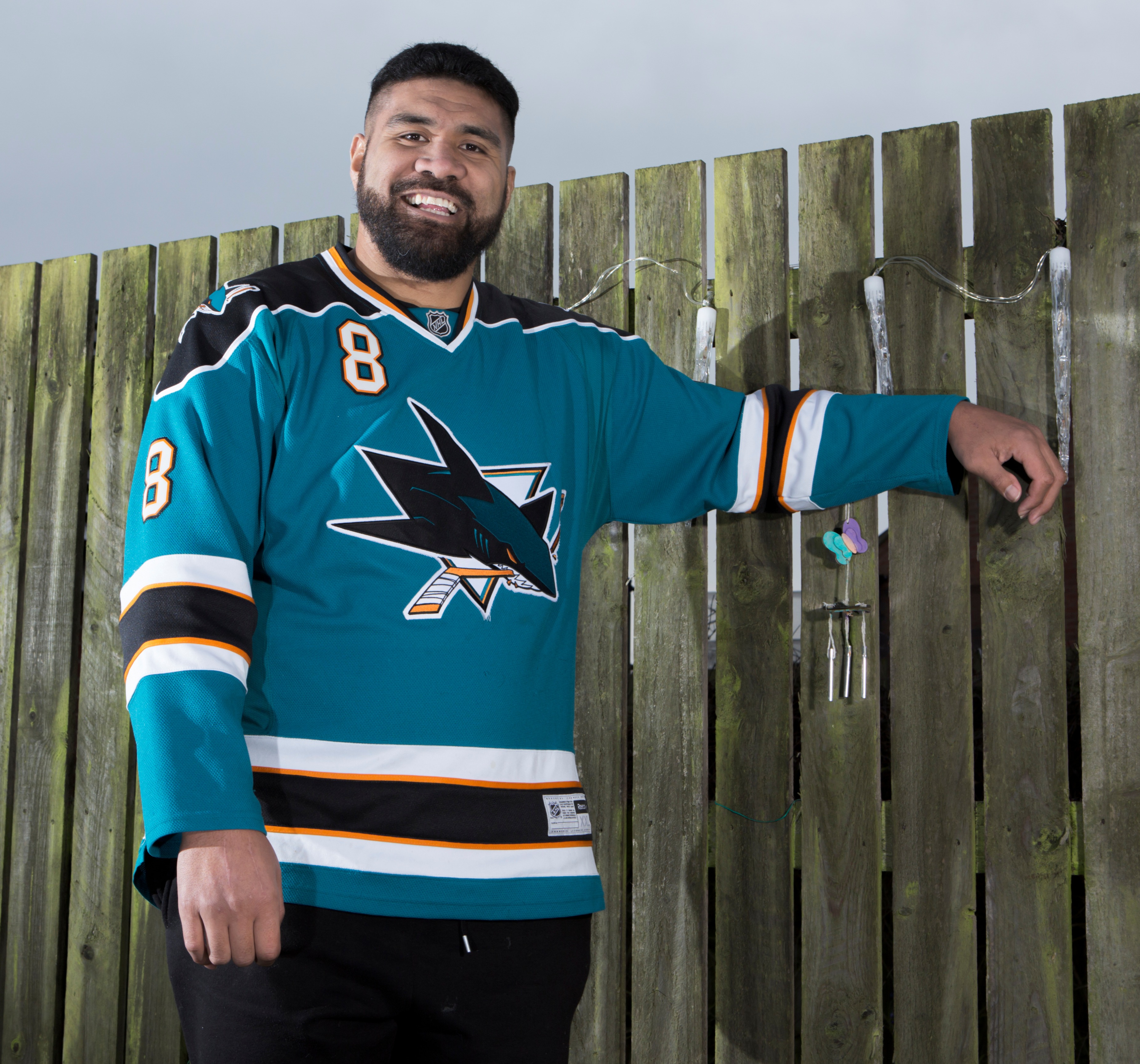 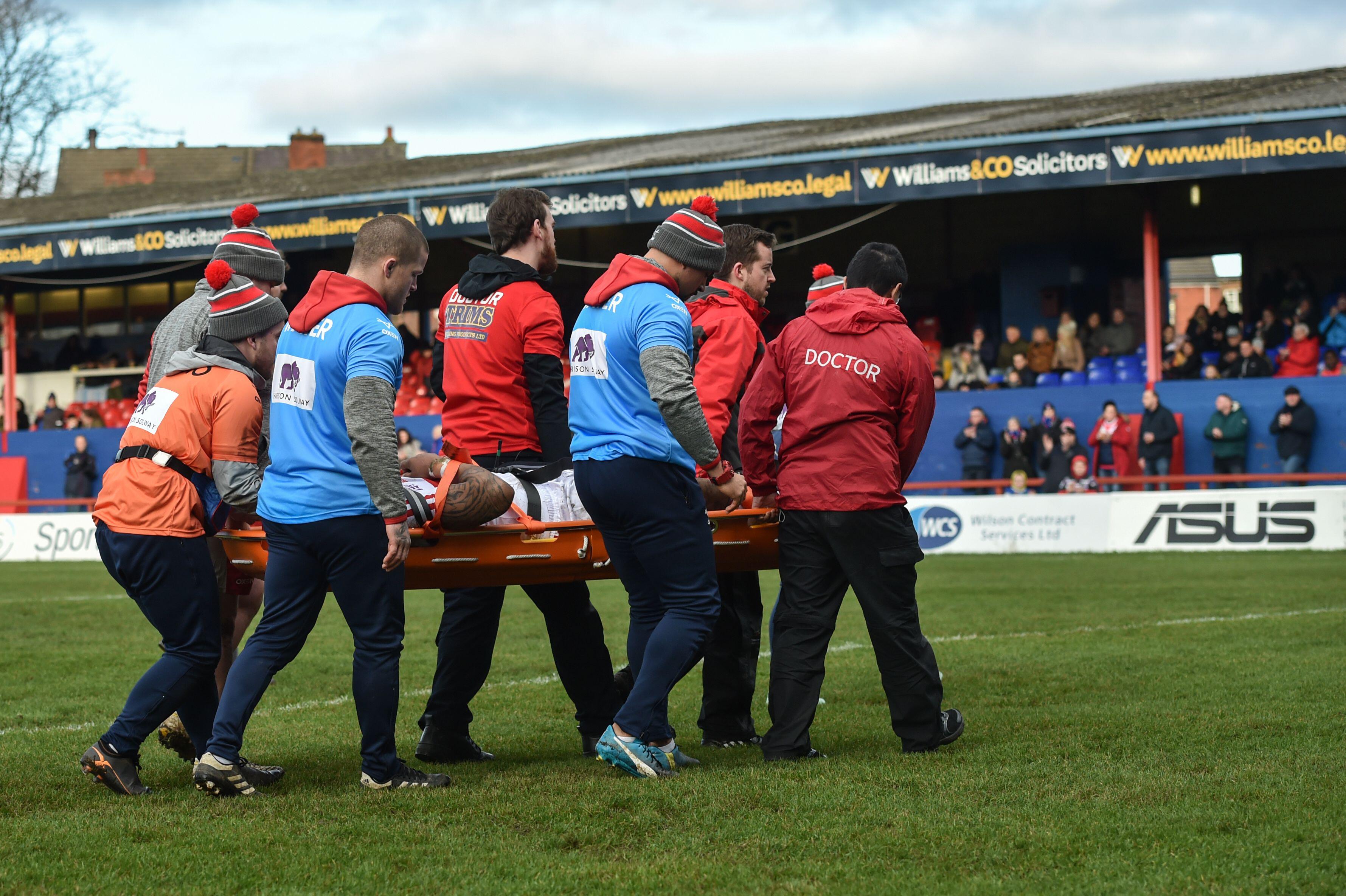 January 12 will mark 12 months since a freak injury during a pre-season game at Wakefield left him paralysed from the chest down.

Doctors warned 6ft 6in Masoe he may never recover.

But inspired by the summer birth of his son Lui, Hull KR’s New Zealand-born co-captain can now walk unaided.

And regular physio sessions have also restored most of his major muscles.

Masoe admits he is still unable to do some everyday tasks such as typing or changing the batteries in his TV remote.

But his next big goals are to be able to walk outside — without the fear of falling over — and helping his wife Clarissa with nappy-changing duties.

He said: “I’m just grateful to have the little things back I couldn’t do when I woke up from surgery on January 14.

“The other day it took me 15 minutes just to put my socks on but I thought, ‘I couldn’t do this nine months ago — I couldn’t even move’.

“Things I haven’t got the use of back yet I’ve just got to deal with.

“That’s mostly to do with my hands. I can’t type or do little jobs around the house. Things like changing the batteries on a remote.

“But my big muscles all work — it’s just the fine motor skills I find difficult.

“I can walk around the house as there are walls and chairs I can lean on if I have a stumble but I’m not really comfortable walking outside. If I fall, I don’t have the strength to push myself up.

“Hopefully, once I get that back I’ll be able to walk outside unaided.”

In October, he returned to the scene of his accident.

The 31-year-old former prop was making a regulation tackle when a ligament in his neck snapped and blocked his spinal cord, leaving him paralysed.

Team doctor Gemma Phillips was among the first to treat him as he lay prostrate on the pitch, so it was fitting she was alongside him at the spot it happened ahead of the two sides’ league clash this season. 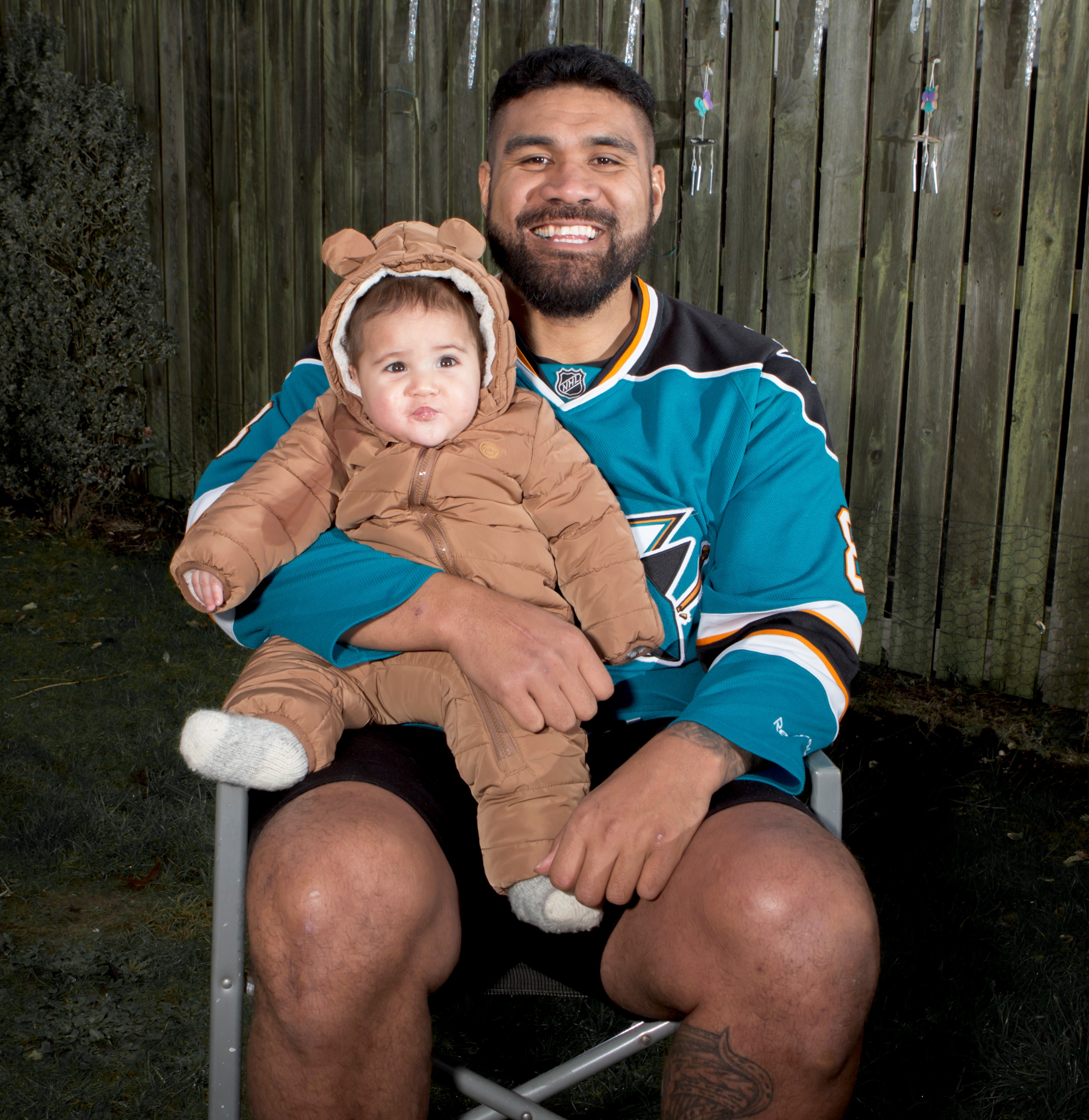 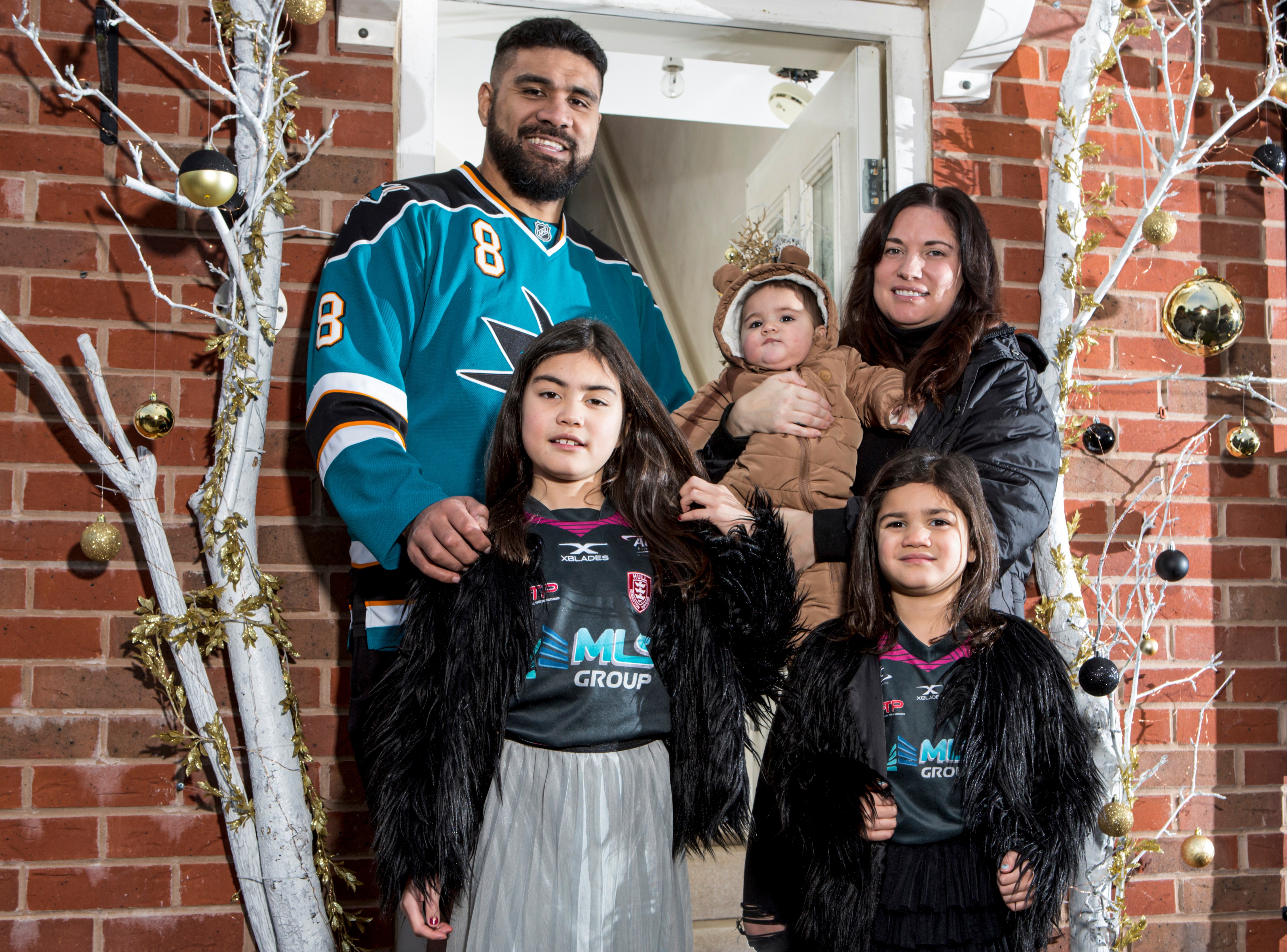 Masoe said: “Gemma rang me and said, ‘You’re going to Wakefield, where you had your accident’. We had a photo together at the exact spot it happened.

“It was good for me and Gemma, I guess. It would have been a traumatic experience for her, too.

“My physios also laugh that I should get one of those big camping backpacks, complete with a stool, because when I fall over I’d be able to use it to get up again!”

Masoe started his career with Sydney Roosters, moved to Penrith Panthers and came to England with St Helens before switching to Hull KR in 2017.

Last year he was paralysed, recovered in inspirational fashion, suffered the Covid-19 pandemic and then witnessed the birth of Lui in July.

That brought its own drama, for Masoe revealed the remarkable tale behind it.

What was meant to be a home birth quickly turned when Clarissa’s waters broke and scans revealed other issues. 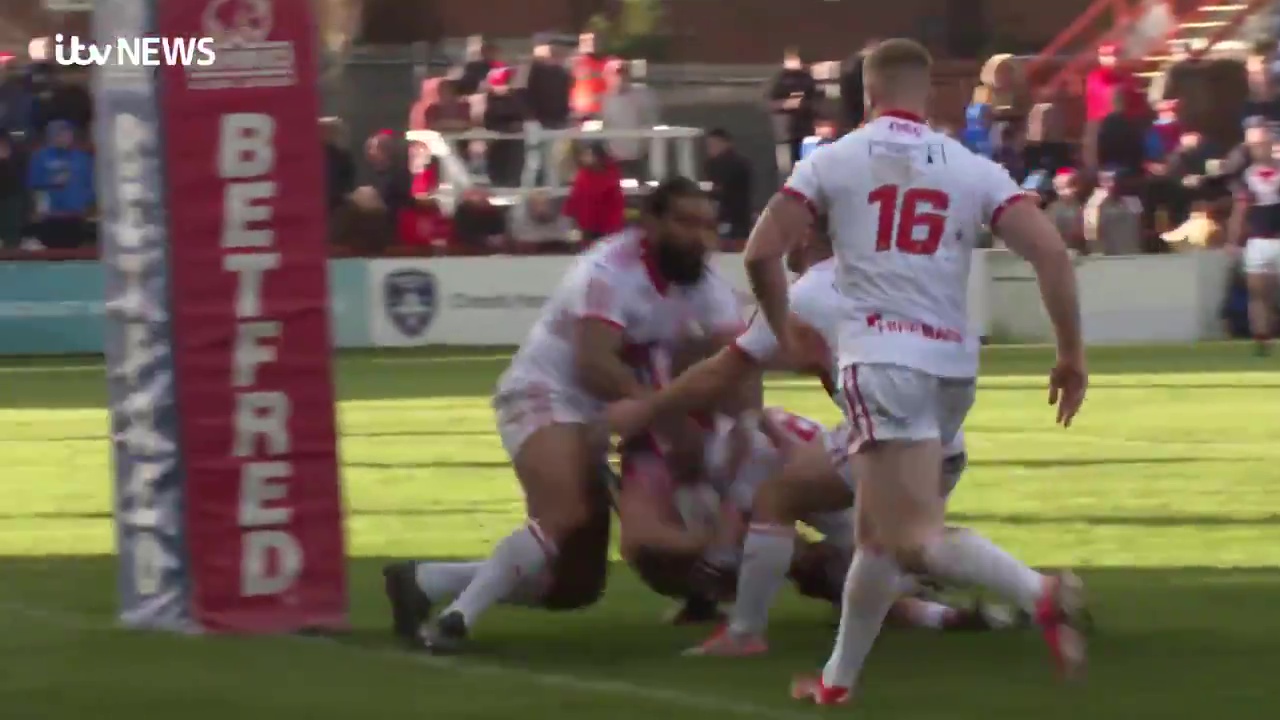 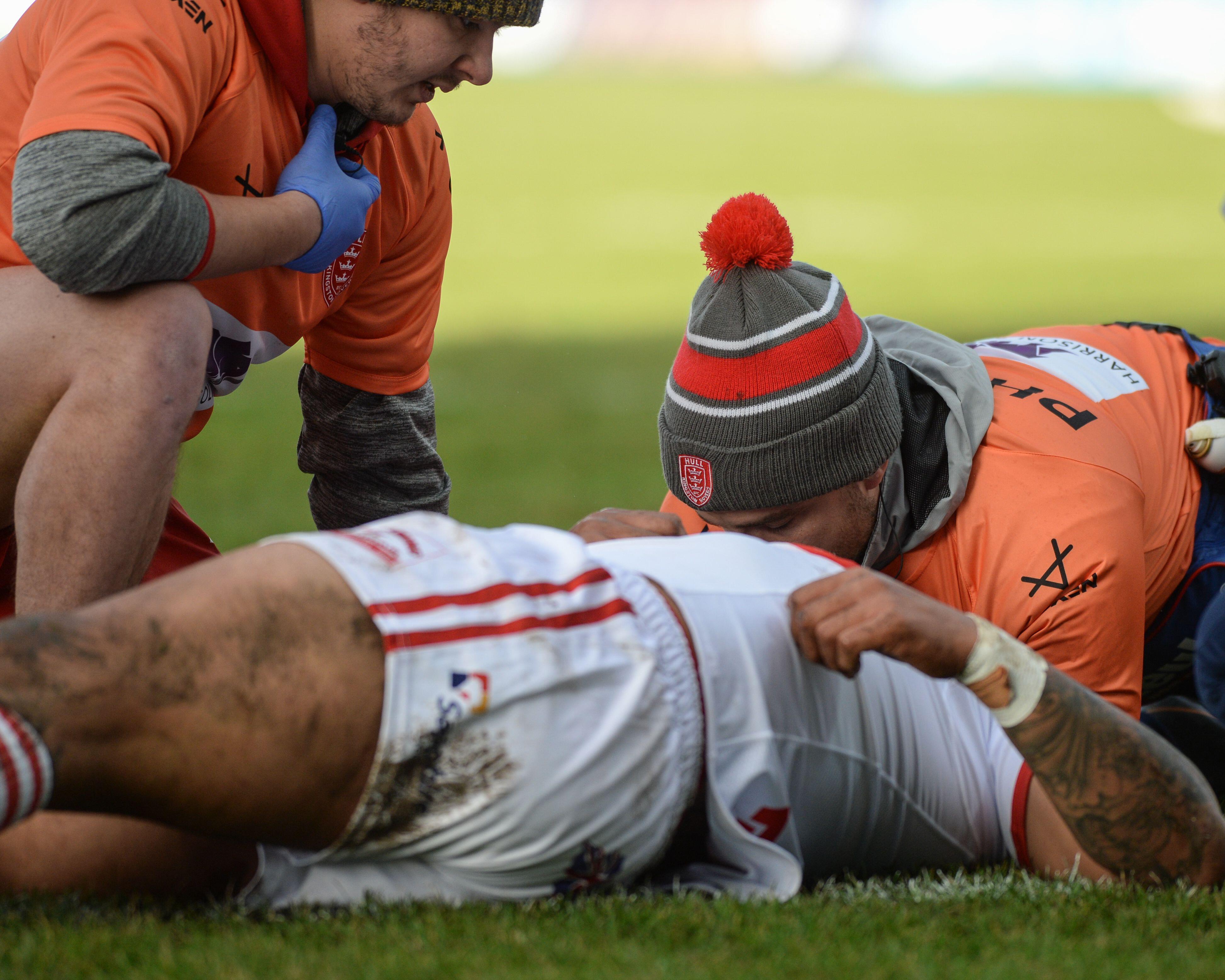 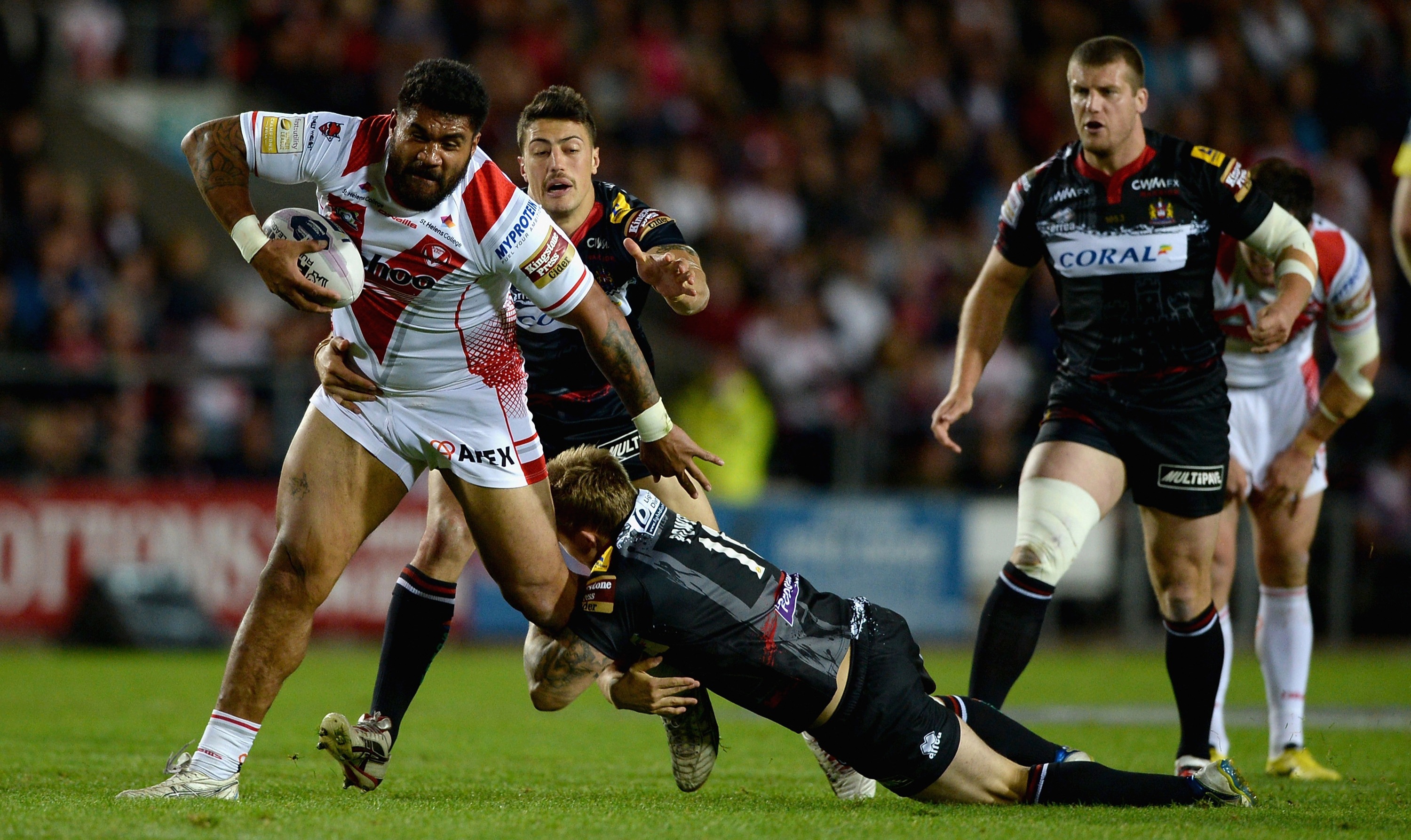 A neighbour drove them to Hull Women and Children’s Hospital but even in her condition, Clarissa made sure everything was OK with her husband.

Masoe recalled: “The birth was meant to be at home but her waters broke. Thankfully all our neighbours were on standby.

“It was quite funny. A neighbour dropped us off at the hospital and Clarissa, fully pregnant, put my wheelchair together and pushed me in like I was having the baby!

“One of my biggest aims is to be able to look after my kids at home by myself.

"Clarissa hasn’t had any time to herself for the past year so I want to be able to help out with things like changing nappies.

“I was having a little laugh to myself recently, thinking, ‘What’s going to come next?’. We’re ready for it now as a family.

“Over the year, I’ve learnt to be patient and to listen. Before I just went in and did things.”

Related posts:
TV and Movies
'Southern Charm's Pringle Says Madison Used Him as a Pawn (Exclusive)
Maria Menounos Brought Her Parents Home to Connecticut from L.A.: A 'Dream Come True'
Mick Norcross tweeted 'at the end remind yourself you did the best you could' before being found dead'
When Did 'WandaVision' Finish Filming? Why 'Everyone Was Very Worried' About the Pandemic
Recent Posts
This website uses cookies to improve your user experience and to provide you with advertisements that are relevant to your interests. By continuing to browse the site you are agreeing to our use of cookies.Ok