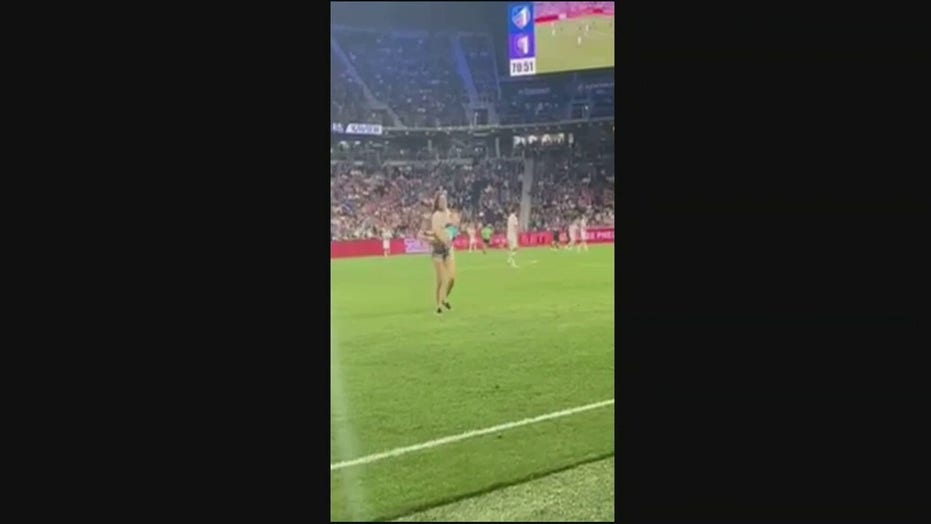 Mom nabs toddler who ran onto field during soccer game

Morgan Tucker is cheered by the crowd at the FC Cincinnati-Orlando City SC match in Orlando, Fla., after grabbing her 2-year-old son Zaydek who ran onto the field.

This mom has some moves.

While it’s typically frowned upon to run onto the field during a game, one mom is being praised for doing so at a recent soccer match in Florida. Instead of trying to disrupt the game, she was instead running to catch her young son who had also run out onto the field. 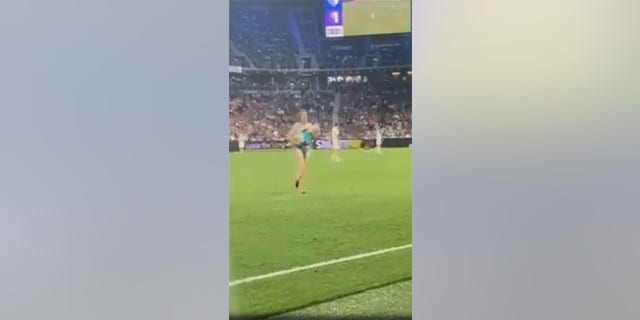 The crowd cheered when Morgan Tucker caught up to her 2-year-old son Zaydek and tackled him before he came close to any of the players.
(Dan Borgelt)

The crowd cheered when Morgan Tucker caught up to her 2-year-old son Zaydek and tackled him before he came close to any of the players, Fox 35 reports. The incident occurred at the FC Cincinnati-Orlando City SC match in Orlando, Fla., on Saturday.

Fortunately, Tucker was able catch her son and get him off the field before he suffered any injuries.

“I was like zoom… hopped into mom mode,” she told Fox 35. “I hopped over the fence, started sprinting after him. That’s when I split and tackled him.”

Tucker continued to explain that she was worried that her son would accidentally get hit by the ball or one of the players.

She said, “The game was still going the whole time and that’s why I was so nervous. Like we have to get off the field before we get drilled or hit in the head.”

Based on the crowd’s reaction, they appeared to be impressed with Tucker’s moves.

“They were not cheering for the players at that point because when I went down, I heard the whole stadium go ‘Oh!’ and as I stood up, they started clapping and cheering,” she said.

Zaydek is apparently a big fan of soccer and just wanted to play when he ran onto the field. According to his mom, he’ll have to wait until he can enroll in youth soccer when he turns 3-years-old.