NASA’s Apollo 13 mission was pegged to be the third lunar landing after the groundbreaking success of Apollo 11 and Apollo 12. But an oxygen tank explosion on the way to the Moon placed the mission and its three astronauts in jeopardy.

Now, 50 years after the heroic rescue of the Apollo 13 crew, NASA will celebrate the historic mission.

NASA administrator Jim Bridenstine said: “Our goal 50 years ago was to save our valiant crew after sending them around the Moon and return them safely to Earth.

“Our goal now is to return to the Moon to stay, in a sustainable way.

“We are working hard to ensure that we don’t need to respond to this kind of emergency in Artemis, but to be ready to respond to any problems we don’t anticipate.” 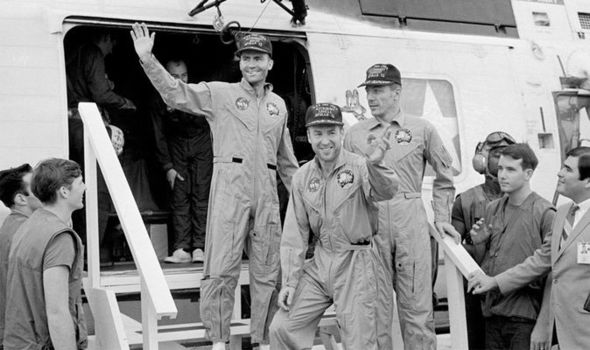 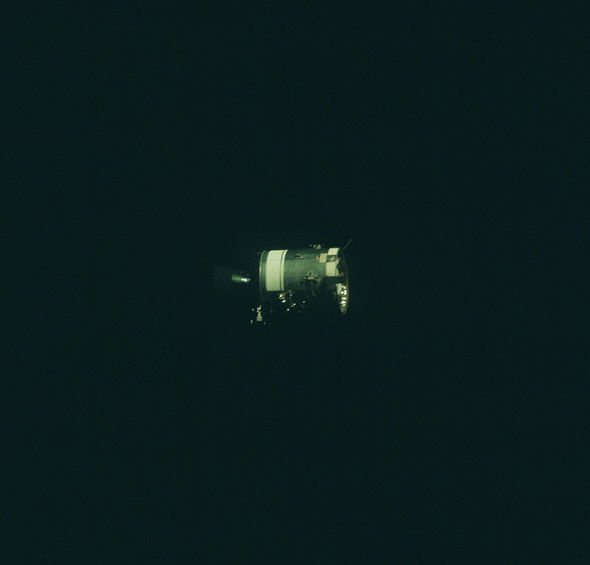 What happened on the Apollo 13 mission?

On April 11, 1970, three astronauts on board a Saturn V rocket launched from Cape Canaveral to land on the Moon’s Frau Maro region.

On their way to the Moon, exposed fan wires in the spacecraft’s Service Module shorted out and started a fire that trigged an explosion of pure oxygen.

The blast crippled the spacecraft’s power and oxygen reserves, tearing out one side of the Service Module.

The moment was famously encapsulated by Swigert, who said over the radio: “Okay, Houston, we’ve had a problem here.”

The message was then repeated by Commander Lovell who said: “Hey, Houston, we’ve had a problem here.”

We knew quite quickly that we were in a dying vehicle

Although the astronauts eventually returned to Earth, their trip was marred by low power, freezing temperatures and a build-up of carbon dioxide in the spacecraft.

The astronauts were also uncertain whether they could fly back to Earth in the damaged spacecraft and with very little power to spare, they could not rely on their guidance computers to calculate flight trajectories.

While NASA’s flight controllers and engineers fought to save the three astronauts from the ground, the Apollo 13 crew moved from the Odyssey module to the Aquarius Lunar Module. 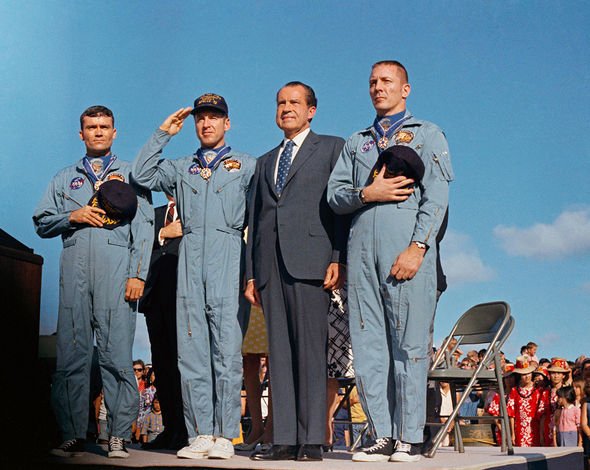 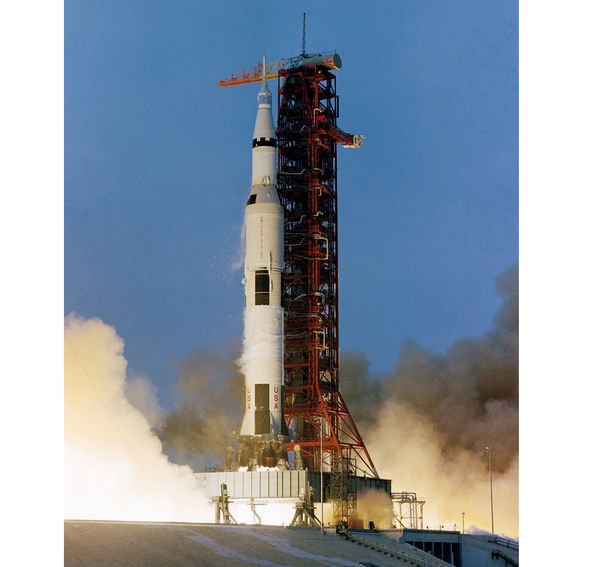 NASA had to figure out how to reroute all available power to keep the Lunar Module operational and keep the astronauts alive.

The Lunar Module, designed to hold two astronauts for a few days, would have served as the vehicle for the now aborted Moon landing.

Commander Lovell recently recalled the terrifying ordeal in an interview with Astronomy magazine.

He said: “Well, when you’re in a situation like this, I could have bounced off the walls for 10 minutes trying to figure out what to do, and then nothing would have changed.

“And remember, the crew was former test pilots. So I had been used to an engine quitting occasionally when testing aeroplanes and things like that.

“So I finally had to decide what to do. We knew quite quickly that we were in a dying vehicle and that we were gonna have to go into the Lunar Module because it was the only thing that still had oxygen tanks.

“Because of the loss of electrical power, we lose our rocket engine on the Command Module. So it was gonna be dead, which is exactly what happened.”

The Apollo 13 crew eventually returned to Earth on April 17, after a very uncertain five days, 22 hours and 54 minutes in space.

The astronauts had to use a gravity assist from the Moon to slingshot back to Earth and burn the Lunar Module’s descent engines to enter the right approach trajectory.

Although the crew never landed on the Moon, the rescue operation carried by NASA’s flight controllers is often regarded as the space agency’s finest hour.