On Sunday, August 16, a solar flare blasted through the Sun’s surface over a period of 2.5 hours. Footage of the extraordinary event was captured by NASA’s Solar Dynamics Observatory which shows the surface of the star bubbling before a huge flare is released.

Experts have stated the flare was caused by a build-up of magnetic filament deep within the Sun’s core.

Space Weather said: “The explosion occurred in a spotless region of the sun’s southern hemisphere.

“A magnetic filament snapped, hurling debris far and wide. Some of that debris formed the core of a coronal mass ejection (CME), which has escaped the sun and is now billowing into the Solar System.

“Will the storm cloud hit Earth? The jury is still out. The CME might deliver a glancing blow to Earth’s magnetic field a few days from now. There’s also a chance it could miss.” 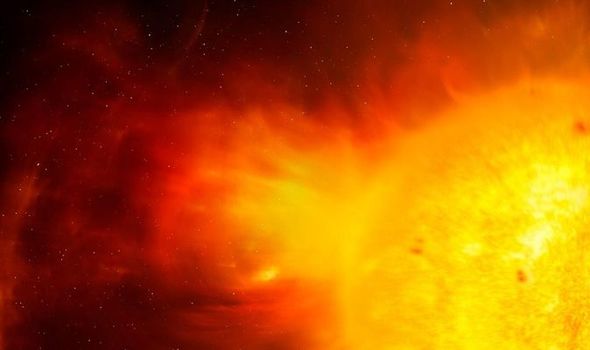 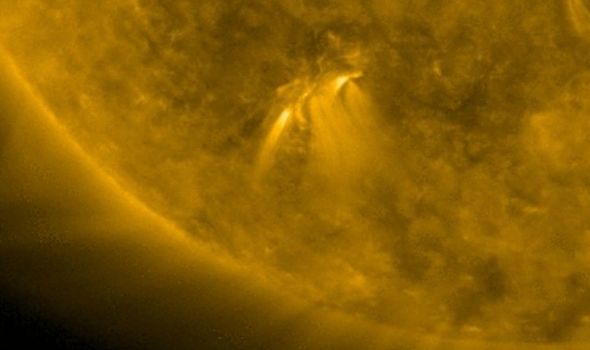 If it does hit Earth, it could trigger auroras – either northern or southern lights.

As the magnetosphere gets bombarded by solar winds, stunning blue lights can appear as that layer of the atmosphere deflects the particles.

However, researchers also note the consequences of a solar storm and space weather can extend beyond northern or southern lights.

For the most part, the Earth’s magnetic field protects humans from the barrage of radiation which comes from sunspots, but solar storms can affect satellite-based technology. 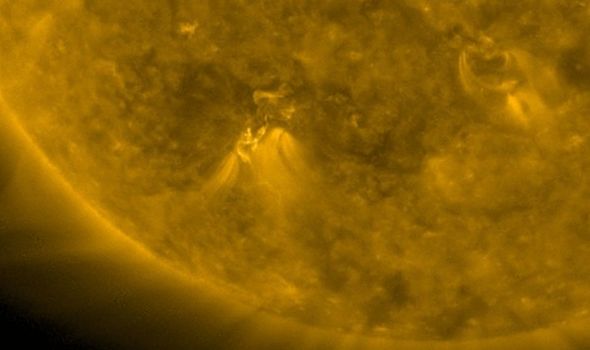 Solar winds can heat the Earth’s outer atmosphere, causing it to expand.

This can affect satellites in orbit, potentially leading to a lack of GPS navigation, mobile phone signal and satellite TV such as Sky.

Additionally, a surge of particles can lead to high currents in the magnetosphere, which can lead to higher than normal electricity in power lines, resulting in electrical transformers and power stations blowouts and a loss of power.

Rarely does an event such as this happen, with the biggest technology-crippling solar storm coming in 1859, when a surge in electricity during what is now known as the Carrington Event, was so strong that telegraph systems went down across Europe.

There are also reports that some buildings set on fire as a result of the electrical surge.