The NASA orbiter launched into space for the last time on July 8, 2011. Space Shuttle Atlantis carried its final payload to the International Space Station (ISS) after 30 years and 135 missions. The STS-135 mission carried four astronauts aboard, including Doug Hurley who is currently stationed aboard the ISS.

Nine years after Atlantis took off for the last time, NASA shared an incredible throwback to launch day.

NASA’s Image of the Day feature for July 8 is a photo of the Space Shuttle Atlantis taking off from Launch Pad 39A at NASA’s Kennedy Space Center in Florida.

The space agency said: “When space shuttle Atlantis launched in July 2011 on the STS-135 mission carrying the Raffaello multipurpose logistics module and delivering supplies and spare parts to the International Space Station, it was the orbiter’s final flight and the end of an era.

“Chris Ferguson commanded the mission and Doug Hurley was its pilot. Also aboard were Rex Walheim and Sandy Magnus.” 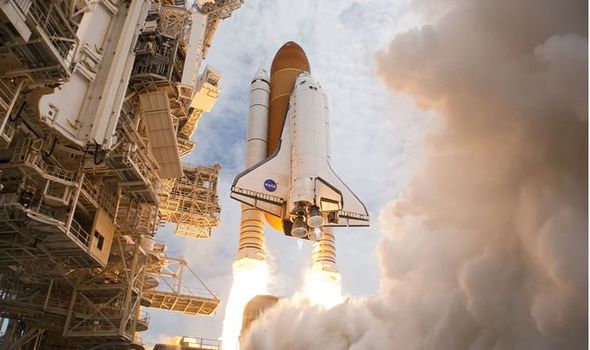 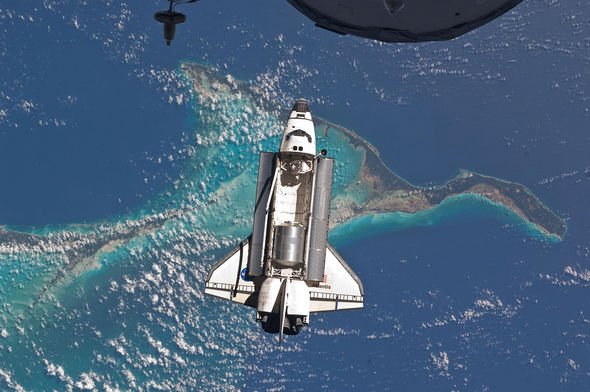 NASA estimates nearly one million people gathered along beaches, rivers and causeways to watch the launch.

However, there was no guarantee Atlantis would take off on the day due to a 70 percent chance of “no-go” weather.

But the countdown to launch went uninterrupted until a last-minute glitch struck just 31 seconds before liftoff.

The glitch was fixed and the crew of Atlantis was well on its way to blast off.

NASA said: “Down the wire, with less than a minute left in the day’s launch window, the three main engines roared to life and the twin solid rocket boosters thundered.

“Atlantis rose from the launch pad on a plume of fire and parted the high clouds on its way to the International Space Station and to its place in history.”

Once the shuttle reached orbit, Ascent Commentator Rob Navias said: “For the last time, the space shuttle’s main engines have fallen silent as the shuttle slips into the final chapter of a storied 30-year adventure.”

The shuttle was docked to the ISS for more than eight days, unloading more than 11,600 pounds of equipment. 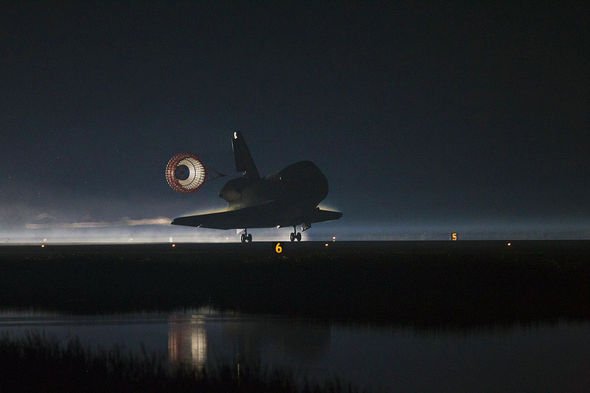 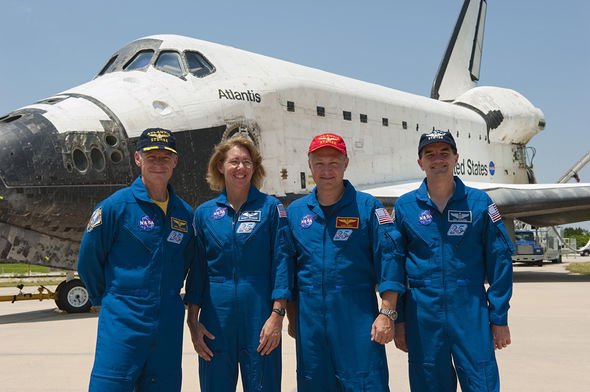 With the ISS portion of the mission over, Atlantis undocked from the ISS and remained in orbit for a few more days.

The shuttle deployed a satellite – its 180th payload – and prepared to return to Earth.

After completing 200 orbits of Earth, Atlantis deorbited and glided down to Kennedy’s Shuttle Landing Facility Runway 15 on July 21.

The shuttle was decommissioned and is now on display at the Kennedy Space Center Visitor Complex.

In total, NASA has built six Space Shuttles but only five were built to fly into space.

Two shuttles and their crews were lost during the Challenger disaster in 1986 and the Columbia disaster in 2003.

The remaining shuttles are Discovery, Atlantis and Endeavour, which was built after the loss of Challenger.

Space Shuttle Discovery is on display at the Udvar-Hazy Center at Washington Dulles International Airport in Virginia.