Scherzer was checked in the middle of the fourth inning after Girardi suspected the pitcher may have had an illegal grip-enhancing substance on him. After it was ensured he was clean, Scherzer stared Girardi down on the way back to the dugout. The manager was then ejected after coming out of the dugout. 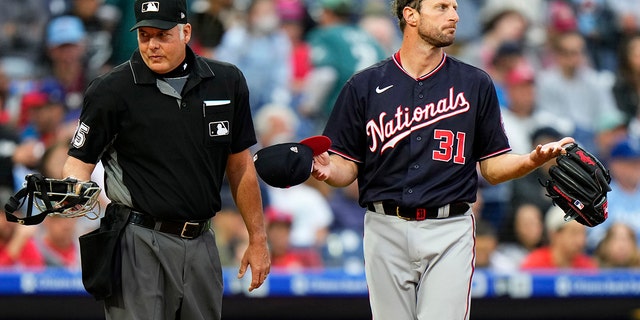 Girardi insisted it had nothing to do with comeuppance after the game.

“I’m not playing games, I’m trying to win games here,” he said. “I have respect for what Max has done in his career, but I have to do what’s right for our team.”