‘NCIS: LA’ star Renée Felice Smith spoke EXCLUSIVELY with HL and teased Hetty’s return and what it means for Nell. Plus, she revealed the inspiration for her new children’s book.

Nell Jones has been having an existential crisis ever since Hetty left Los Angeles for a secret mission. Over the course of NCIS: Los Angeles season 12, Nell has been trying to figure out what her future looks like — and whether it’s with NCIS: LA or not. HollywoodLife got some EXCLUSIVE scoop from Renée Felice Smith about Hetty’s return, Nell’s “crossroads,” and her children’s book.

“I’m just going to go ahead and say it: there’s a really beautiful scene that I was able to share with Linda [Hunt] in our finale,”  Renée told HollywoodLife. “It’s probably the most memorable scene from my entire career at NCIS: LA for me personally. She’s such a gift. She’s just such a gift as a human person. She is a gift as a scene partner and as an actor. She’s so present and alive and just such a beautiful performer. I’ve learned so much from her. I’m so emotional just thinking about my relationship with Linda, who I have grown to absolutely adorable. She means a lot to me.” 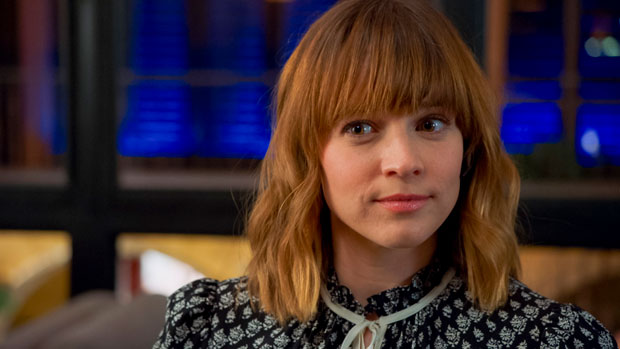 Linda has been absent for most of season 12, but she will be back for the finale. Even before Hetty left, Nell was uncertain about her future at NCIS: LA. While Hetty has been gone, Nell has been the operation’s manager at OSP. Renée revealed that Nell is going to have to come to a decision about her future soon.

“She is at a crossroads. She can no longer follow the map that Hetty laid out for her,” Renée said. “She’s out of breadcrumbs, so now she really does have to forge ahead on her own. She has to really ask herself some tough questions. What does her future look like with NCIS? That’s a great question.”

Renée noted that Navy Admiral Hollace Kilbride, played by Gerald McRaney, has been “forcing Nell to really take a good hard look in the mirror and ask herself what she wants. A lot of young women, I feel this way in my life, we’re people pleasers. We’re like, what do you think I should do? What would you want me to do? I think she’s done that for a very long time with Hetty as her role model. She doesn’t want to disappoint her role model. None of us do. I think it’s time for Nell to possibly redefine what it means to be a leader at NCIS: LA and do it her own way or it’s time to seriously consider her future with NCIS: LA.” The actress also teased a “pretty big reveal” in the final season 12 episodes. “Eric comes back and surprises Nell with a really cool opportunity. And that’s all I’ll say,” she said. 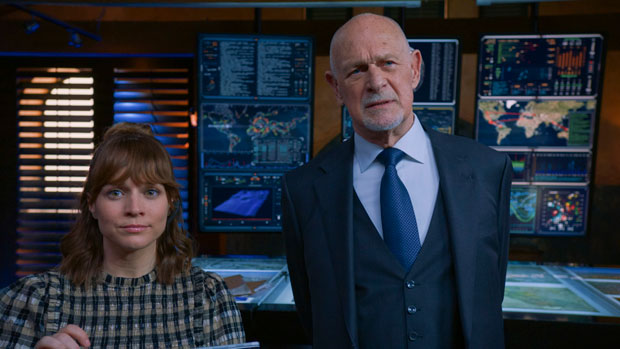 In addition to NCIS: LA, Renée co-wrote the children’s book Hugo and the Impossible Thing with her partner, Chris Gabriel. The actress revealed the inspiration behind her children’s book, which was published on March 30, 2021.

“Hugo and the Impossible Thing was inspired by our canine son, Hugo, who overcame his own impossible thing,” Renée told HollywoodLife. “Only instead of, as pictured in the book, thorny mazes, and raging rivers, our real-life Hugo had an illness that most people told us would be impossible to beat. But with determination and really the support of our community, we were able to manage to go up and over the other side of his impossible thing. We were just relieved and wrote this book in celebration of the miracle that we witnessed. We wrote this book in celebration once Hugo had healed. We thought it was just fertile ground for lifelong lessons and just the power of advocating for your loved one. But also the power of belief, the power of curiosity, the power of bravery, the power of finding your voice, and saying that you’re going to try. We really wanted to kind of bottle all of this up. Obviously, it’s a metaphor. You’re not going to read about a sickly dog, right? You’re not going to write a literal book about a sickly dog for children. But in this metaphor, we find that, really, it’s universal. Everyone can connect to having some sort of impossible thing in their life that they need to overcome and finding their way to the other side. It just seems to be a very universal tale that everyone can connect with.”

Renée and Chris met in the sixth grade. “We are best friends turned boyfriend and girlfriend turned each other’s other half,” she said. They’re also “creative partners.” She continued: “It’s like our life’s work is now represented in the pages of this book. We were always creative writers as kids. We’d write our own plays, and Chris was a songwriter from a very young age in a band. We’ve always been storytellers and writers in this way. I just kind of chose the path of acting, and Chris chose music. But storytelling has always kind of been this theme in our lives. So after Hugo had healed, a dear friend of ours asked us if we were writing a children’s book about what Hugo had been through. Our friend is so intuitive, and we looked at each other and we said, ‘Yeah, we really should.’ So we did. We sat down, we wrote it over, I don’t know, maybe three days total. Again, the process of finding a way to get this thing made was kind of our own impossible thing. We didn’t know, the first thing about publishing, but we learned along the way.”