‘Neglectful’ mother is told to ‘burn in hell’ for her hands-off parenting style – so do you think she deserves the criticism?

A ‘neglectful’ mother has been brutally slammed for her controversial style of parenting, with some telling her to ‘burn in hell’ for her hands-off approach.

The 23-year-old mother, who did not share her name or where she is from, faced a deluge of criticism after revealing she never reprimands her five-year-old daughter or three-year-old son for anything in a lengthy post on Reddit.

The mum said she has given her kids ‘full control’ of their bodies, allowing them to choose their own clothing and hairstyles – a bold move that saw her little girl take an electric razor and shave her head.

Her unorthodox approach also encourages the children to only hug those they want to, creating tension with family members including her own mother. 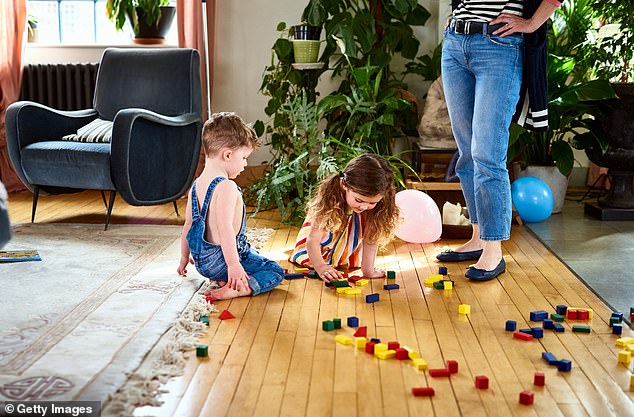 Despite insisting her children are ‘very well adjusted and behaved’, the mother said she has been slammed for ‘creating monsters’ and told to ‘burn in hell for all eternity’ for letting her kids go undisciplined.

Do you think the mother is being ‘neglectful’?

Do you think the mother is being ‘neglectful’?

‘I have two children. My style of parenting is not the most popular,’ she wrote.

‘I do not punish my kids; I ignore bad behaviour and reward good behaviour, or if they’re doing something wrong I simply redirect them.

‘It works amazingly for me and my children are both very well adjusted and behaved.’

The issue came to a head when her son refused to give his grandmother a hug, prompting her to brand her daughter a ‘neglectful’ mother.

”Apparently they’ll never grow up and will be bullied in school. She also claims they’ll become badly behaved once they grow up,’ she said.

Opinion has been divided since the mother shared her story online, with many insisting her children need guidance because they are too young to know their own minds.

”At ages five and three, their brains aren’t developed enough to understand acceptable vs unacceptable behaviour,’ one person said, adding: ‘It’s ludicrous to expect that.’

Others raged that she needs to ‘step up’ and ‘do more’ to give her little ones a fair chance in life.

But some encouraged the mother to own her approach and pay no heed to criticism.

”Your mum doesn’t get a say in your parenting choices and you’re doing a good job letting them make their own choice,’ one woman said.

However she advised the mother to show her kids that actions have consequences to avoid behavioural problems as they grow up.