NFL commissioner Roger Goodell has admitted that they were wrong in the way they handled Colin Kaepernick’s protest against police brutality of black people, which ultimately led to the quarterback to be without a club.

The NFL has been locked in an ongoing debate with players over kneeling protests during the national anthem before the start of games, a practice popularised by quarterback Kaepernick in 2016 to protest racial injustice and police brutality.

Kaepernick filed a grievance against the league in 2017, claiming collusion as no teams signed him after he parted ways with the San Francisco 49ers. The NFL and Kaepernick settled in 2019. 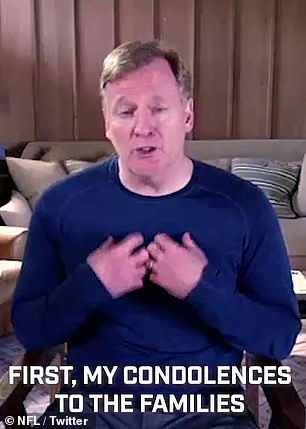 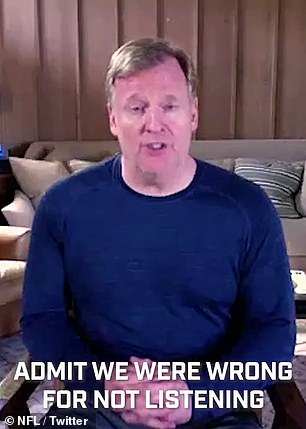 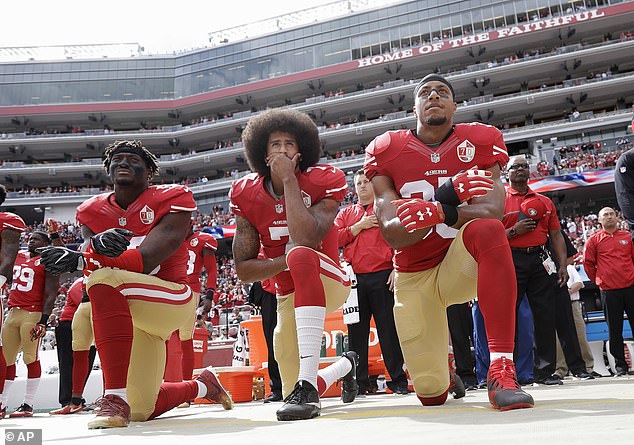 On Friday, Goodell posted a clip to the league’s official social media page in response to the ‘Stronger Together’ video, which asked for the NFL to take a strong stance following the death of George Floyd in Minneapolis.

‘Protests around the country are emblematic of the centuries of silence, inequality and oppression of black players, coaches, fans and staff,’ said Goodell. ‘I will be reaching out to players who have raised their voices and others on how we can improve.’ 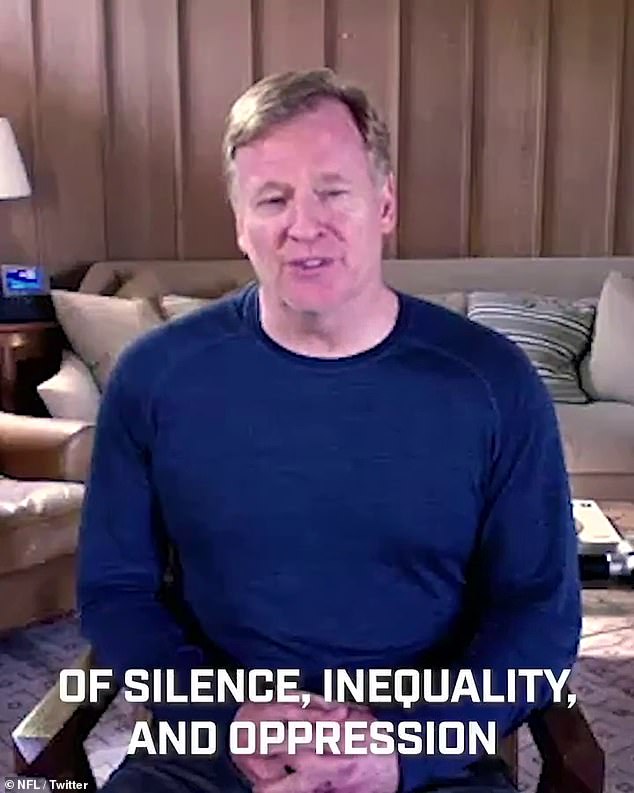 Goodell also noted how it has been a difficult time for the country, in particular black Americans, and offered his condolences to all the families that have ‘endured police brutality’.

‘Without black players there would be no National Football League,’ he added. ‘And the protests around the country are emblematic of the centuries of silence inequality and oppression of black players, coaches, fans and staff.’

Goodell claimed the league would be reaching out to players that have spoken out on the current issues.

The NFL sent the video out just hours after US president Donald Trump renewed his call for an end to kneeling protests during the national anthem.