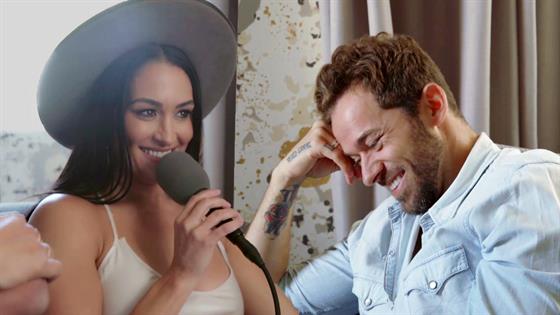 The season five premiere of Total Bellas was full of drama.

From Brie Bella and her husband Daniel Bryan (born Bryan Danielson) clashing over having a second child to Nikki Bella being questioned about her relationship with Artem Chigvintsev—the latter of which led to a heartbreaking (and awkward) moment between the couple in a lingerie store.

It’s here that the two sat down to have a serious conversation about whether or not they should go through with the decision they made at the beginning of the episode; that Artem will move to Phoenix and live with Nikki once her house is done being built. But the setting—and the fact that Nikki was actually wearing lingerie—allowed Artem to almost immediately figure out that Nikki was seemingly trying to soften the blow that she’s changed her mind.

“Did you bring me to a lingerie store to ask if we’re moving too fast?” Artem said after Nikki prompted him with that exact question.

“I just get really excited but then I don’t think about the future part of it. Do you know what I mean?” Nikki responded. “Like, this isn’t playing house.”

Nikki reflected on her thought process in a confessional interview, explaining that with everything going on in her head, she would prefer if she and Artem lived in separate places.

After Artem seemed to partially concede to Nikki’s push to pump the breaks, she asked him if that was how he really felt.

“I mean, am I feeling like it’s too soon? I don’t know,” he responded. “You never know until you try, I guess.”

It became clear that Nikki’s mind was already made up, though, as she told Artem, they didn’t “need to rush” and reminded him that he already had a home. She even went on to add that living in different states—Nikki in Arizona, Artem in California—could be a “true test” for their relationship.

“It doesn’t feel good because when I agree to something, I really think through that,” Artem said in a confessional. “And I don’t want to be in a position where I have to be, ‘Oh, okay. Well, that’s not happening now.’ It’s kind of like—not playing with feelings—but that’s how it felt. 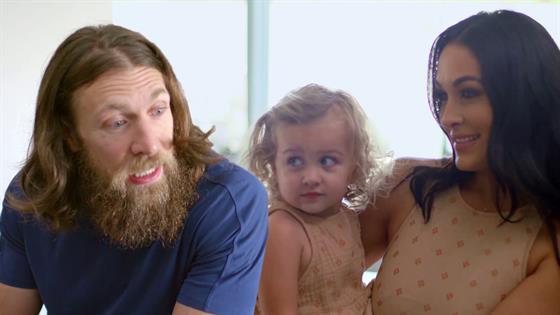 The upsetting conversation between Nikki and Artem was followed up by an equally heartbreaking moment, in which Brie and Bryan seemingly came to an agreement that they didn’t want a second child. However, Bryan then revealed in a confessional that he was telling Brie “a half-truth.”

“I am the last male Danielson, and I want a second baby,” he said, tearing up.

Meanwhile, Brie was also overcome with emotion—just of the opposite sort.

Hopefully things will get better for both Bella sisters in next week’s Total Bellas episode!

Total Bellas returns tonight at 9 p.m., only on E!