Novak Djokovic continues to look unstoppable in his pursuit of a first Olympic gold medal after crushing the hopes of home favourite Kei Nishikori in the quarter-finals.

Nishikori has been inspired playing in his home country but he was steamrollered by the world number one at Ariake Tennis Park, with Djokovic winning 6-2 6-0.

“I’m very happy, my best performance in the tournament,” said the Serbian, who has now made three Olympic semi-finals but is yet to reach a final.

“Matches are not getting easier, but my level of tennis is getting better and better. I’ve done that many, many times in my career: I know that I’m the kind of player that, the further the tournament goes, the better I’m feeling on the court.”

The top seed, who is bidding for a Golden Slam of all four grand slam titles and Olympic singles gold, could face the biggest test of his title charge next when he takes on fourth seed Alexander Zverev of Germany, who defeated Jeremy Chardy 6-4 6-1.

Spain’s Pablo Carreno Busta caused a shock with a 6-2 7-6 (5) victory over second seed Daniil Medvedev and will take on another Russian in the semi-finals, with Karen Khachanov battling to a 7-6 (4) 4-6 6-3 victory over France’s Ugo Humbert.

Medvedev has been one of the main complainants about the heat and humidity, telling the umpire during his match on Wednesday that he could die. He welcomed the change of schedule, with matches starting at 3pm instead of 11am, but still struggled with the conditions. 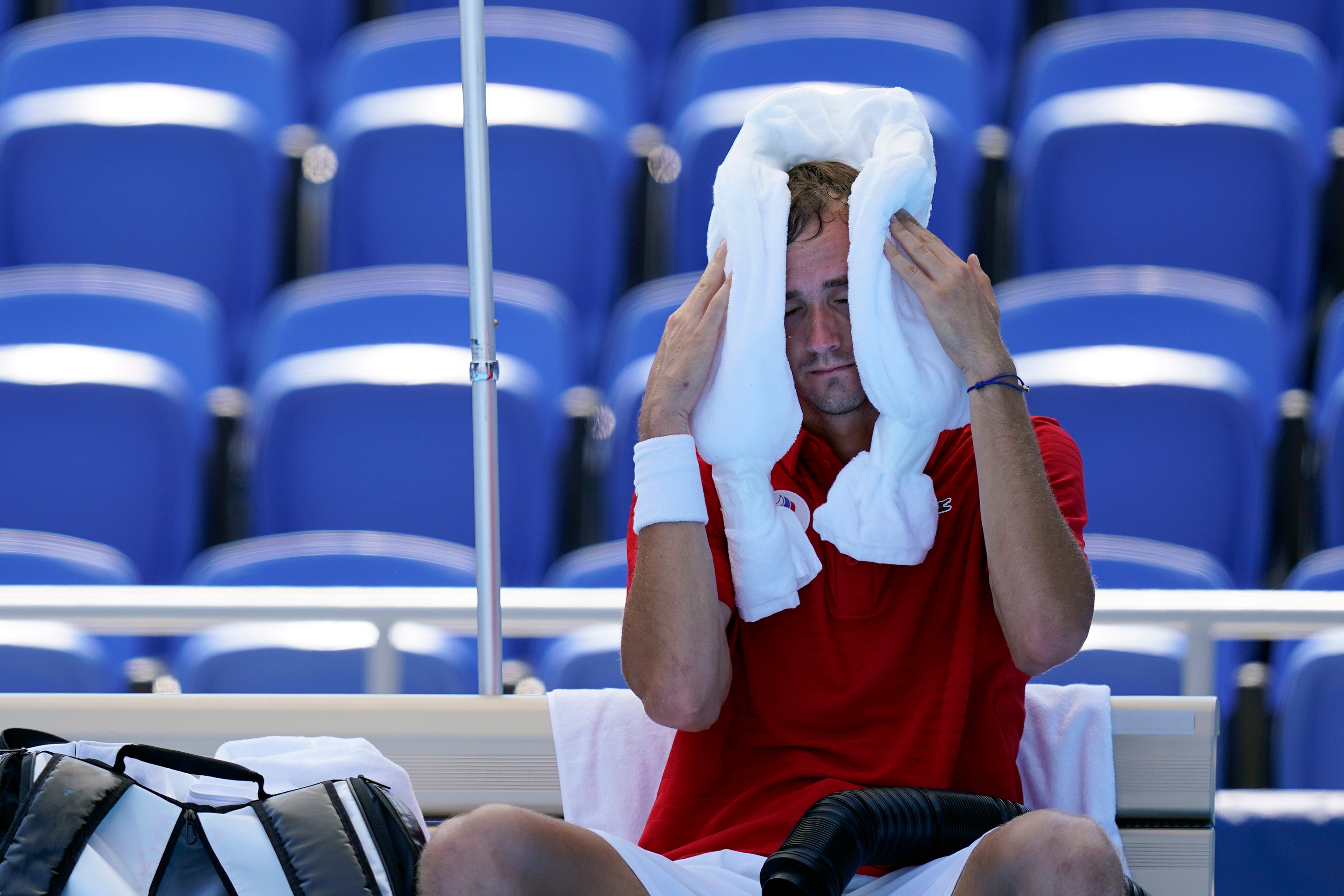 He said: “I couldn’t play better than what I did today. I could serve better, but then I was wet like hell. I couldn’t toss the ball well. Once I tossed the ball and got water in my eyes. I wanted to change my skin because I was sweating like I never did before. It was terrible.”

Vondrousova caused the big upset of the tournament by knocking out Naomi Osaka in the third round, and the former French Open finalist reached the final with a 6-3 6-1 thumping of fourth seed Elina Svitolina.

Vondrousova, ranked 42, said of her Tokyo ambitions: “I was thinking that two or three matches would have been great, and then I beat Naomi so then I thought that I was playing well and that maybe I could even do better. I’m now just happy to be in the final. It’s an amazing feeling.

“I can’t believe it. Maybe it’ll sink in later. This is amazing, even if it’s silver or gold, it’s amazing and I’m just very proud.”

An outstanding junior, Bencic is yet to hit the same heights in the senior game, but she has guaranteed herself at least a silver medal, and said: “My emotions right now, it’s too high. To have a medal, it’s the greatest thing. Even to be here as an athlete, in the Olympics, it’s amazing.

“To have a medal, it’s something I dreamed of, and I didn’t think it would become reality. I’m beyond relieved and happy.”

Bencic could yet win two gold medals after returning to the court alongside Viktorija Golubic to reach the women’s doubles final, where the Swiss duo will take on French Open champions Barbora Krejcikova and Katerina Siniakova of the Czech Republic.

Djokovic also is still in contention in the mixed doubles with Nina Stojanovic. They will take on Aslan Karatsev and Elena Vesnina, representing the Russian Olympic Committee, in the last four.

Australians Ashleigh Barty and John Peers won the most intriguing clash of the day against Greeks Stefanos Tsitsipas and Maria Sakkari to set up a semi-final against another ROC pair, Andrey Rublev and Anastasia Pavlyuchenkova.

The men’s doubles final is an inter-country affair between Croatian duos Nikola Mektic and Mate Pavic, the top seeds and Wimbledon champions, and Marin Cilic and Ivan Dodig.