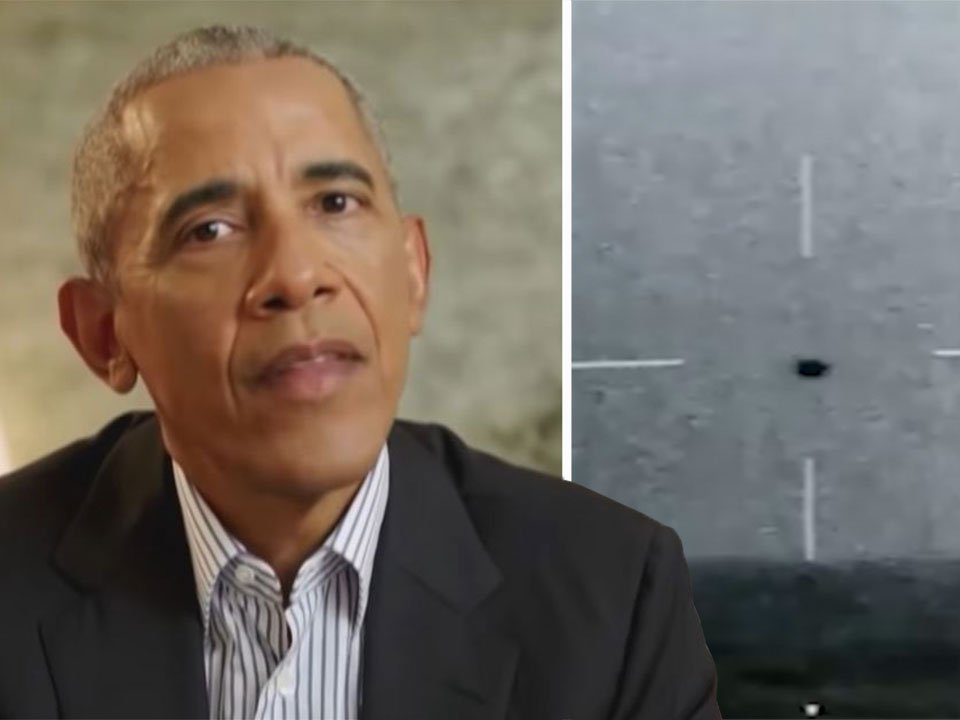 Former US president Barack Obama has said he ‘absolutely’ wants to know what unidentified flying objects (UFOs) are, in a new interview.

Obama also gave his thoughts on what would happen if aliens did make contact with humans, saying the US might have to ‘spend a lot more’ on defence and that ‘new religions would pop up.’

In an interview with the New York Times’ Ezra Klein, the former US president discussed everything from Trump to his view of humanity – but when Klein asked about videos released by the Pentagon showing UFOs, the conversation shifted to the alien race.

In response to a question asking what would happen if we knew there were aliens but couldn’t contact them, Obama said: ‘And so I would hope that the knowledge that there were aliens out there would solidify people’s sense that what we have in common is a little more important,’

‘But no doubt there would be immediate arguments about like, well, we need to spend a lot more money on weapons systems to defend ourselves,’ the 44th President continued.

‘New religions would pop up. And who knows what kind of arguments we get into. We’re good at manufacturing arguments for each other.’

It’s not the first time Obama has expressed curiosity about UFOs – last month, Obama sat down with James Corden, telling the audience that UFOs must be taken seriously.

‘What is true… is that there’s footage and records of objects in the skies that we don’t know exactly what they are,’ Obama said.

‘We can’t explain how they moved, their trajectory… they did not have an easily explainable pattern,’ he added.

‘So I think that people still take seriously trying to investigate and figure out what that is. But I have nothing to report to you today.’

The increased chatter about UFOs and aliens comes ahead of an upcoming report to US congress, where a task force will share data that the US military has collected on unusual flight phenomena over the past decades.

Some videos confirmed to be from the US Navy and Air Force has already been released, like a video from a US steal ship near San Diego taken in July 2019, which appears to show a UFO diving underneath the water.

Another former US Navy Lieutenant Ryan Graves, who flew an F/A-18 fighter off the Virginia coast between 2015 and 2017, said his fighter squadron spotted ‘maneuverable’ spherical objects flying in restricted airspace near Virginia Beach almost every day from 2015 to 2017.

In an interview with American news programmed 60 minutes, Graves said: ‘I am worried, frankly. You know, if these were tactical jets from another country that were hanging out up there, it would be a massive issue.’

‘But because it looks slightly different, we’re not willing to actually look at the problem in the face. We’re happy to just ignore the fact that these are out there, watching us every day.’

The report from the Director of National Intelligence to Congress is due before the end of June. An unclassified version will be made public, while a detailed classified one will remain secret.