One White Street, which opens today, is a one-of-a-kind downtown dining experience: a fine-dining tasting menu on the upper levels and à la carte rustic American food down below, all housed in a historic TriBeCa town house once home to John Lennon and Yoko Ono’s “utopian embassy.” Not your average night out, indeed.

The restaurant, named for its address, is run by chef Austin Johnson and managing partner Dustin Wilson, who met in Paris several years ago when Johnson was cooking at Michelin-starred Frenchie. Wilson, who was then wine director at Eleven Madison Park (you may recognize him from the documentary “Somm”), was in town for a short trip. The idea for a restaurant was planted, and Wilson eventually convinced Johnson to move back Stateside, after securing the space nearly three years ago. (In the time between then and now, they worked together to open Goodman’s Bar at Bergdorf Goodman, which unfortunately was short-lived due to the pandemic).

Upon finding One White Street, Wilson was charmed by the building’s history, as well as its proximity to other great restaurants like Frenchette and Batard. The “quirky town house space,” he says, was a challenge to work with, but provided the perfect backdrop to their progressive farm-to-table cuisine. The goal was “keeping a little bit of a residential aesthetic to it and blending in the restaurant setting as well,” Wilson says.

The inspiration is Frenchie, the restaurant where they met and where Johnson learned a style of cooking that completely changed how he approaches food. 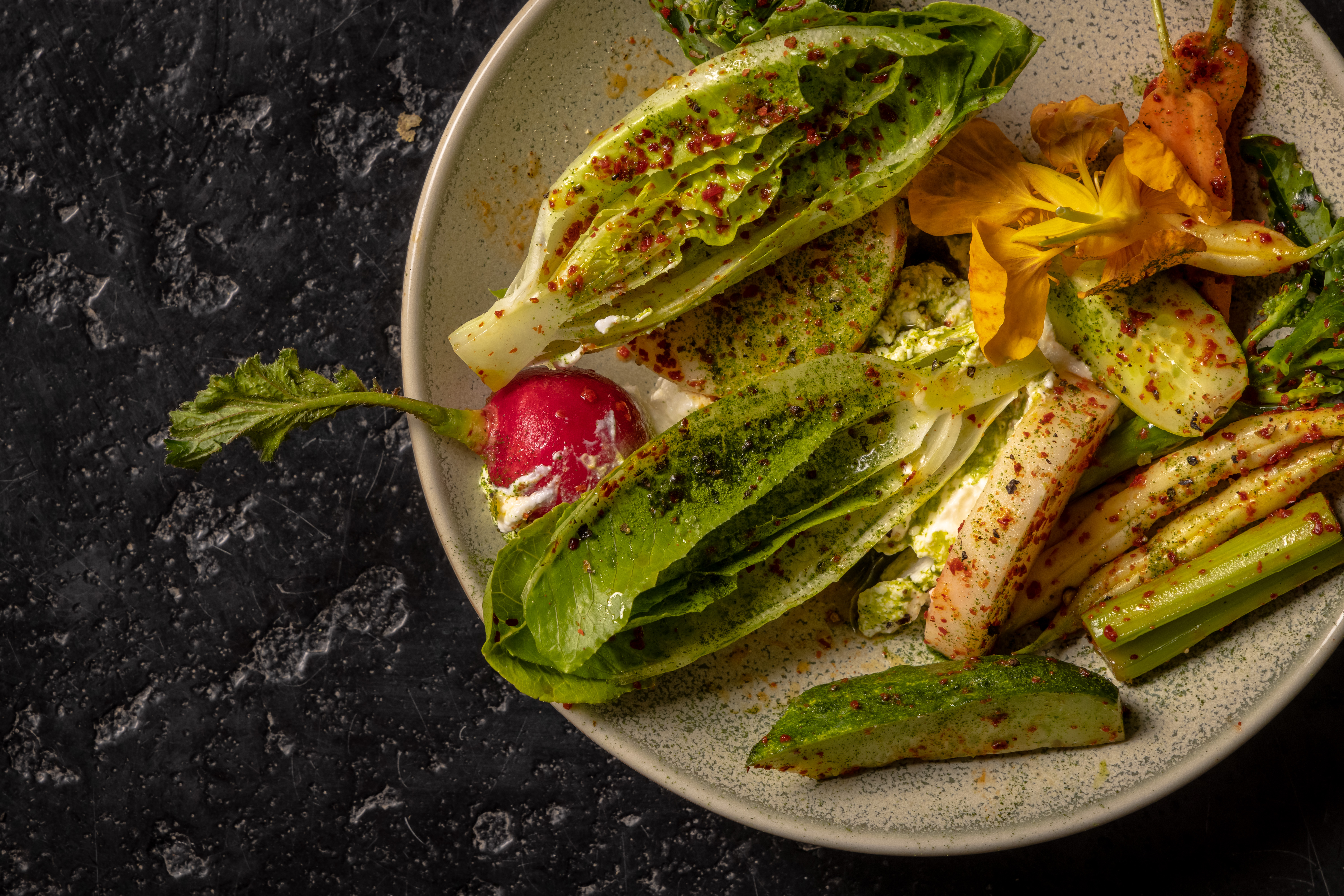 The food at One White Street.

“The product in France really changed my life. They are winning the game in terms of product over there,” Johnson says. “When I arrived I thought I had all these really great ideas, and I had this style of food that I thought was very much mine, and then I arrived in France and it was like, ‘wow, the products here are so amazing that I needed to start doing less and less and less to the food.’ Less technique, making things more simply. Letting the produce and the product speak for itself.”

At Frenchie, the upscale offering and casual bar setting are two different buildings across the street from each other: one is a tasting menu with eight or so tables, and across the street is a wine/cocktail bar with high tops and more rustic food. One White Street was their chance to do that, but in a vertical setting.

Summer menu highlights include a shaved fennel salad with white anchovy, candied pistachio, yuzu and blue cheese; foie gras terrine with fresh plums and walnuts, and farm vegetables tossed in lots of acidity and olive oil and korean red chili flakes served with sorrel hummus and whipped ricotta. “Most of the vegetables on the plate have never been inside a refrigerator — they’re sun-kissed and go right onto the plate,” Johnson says. 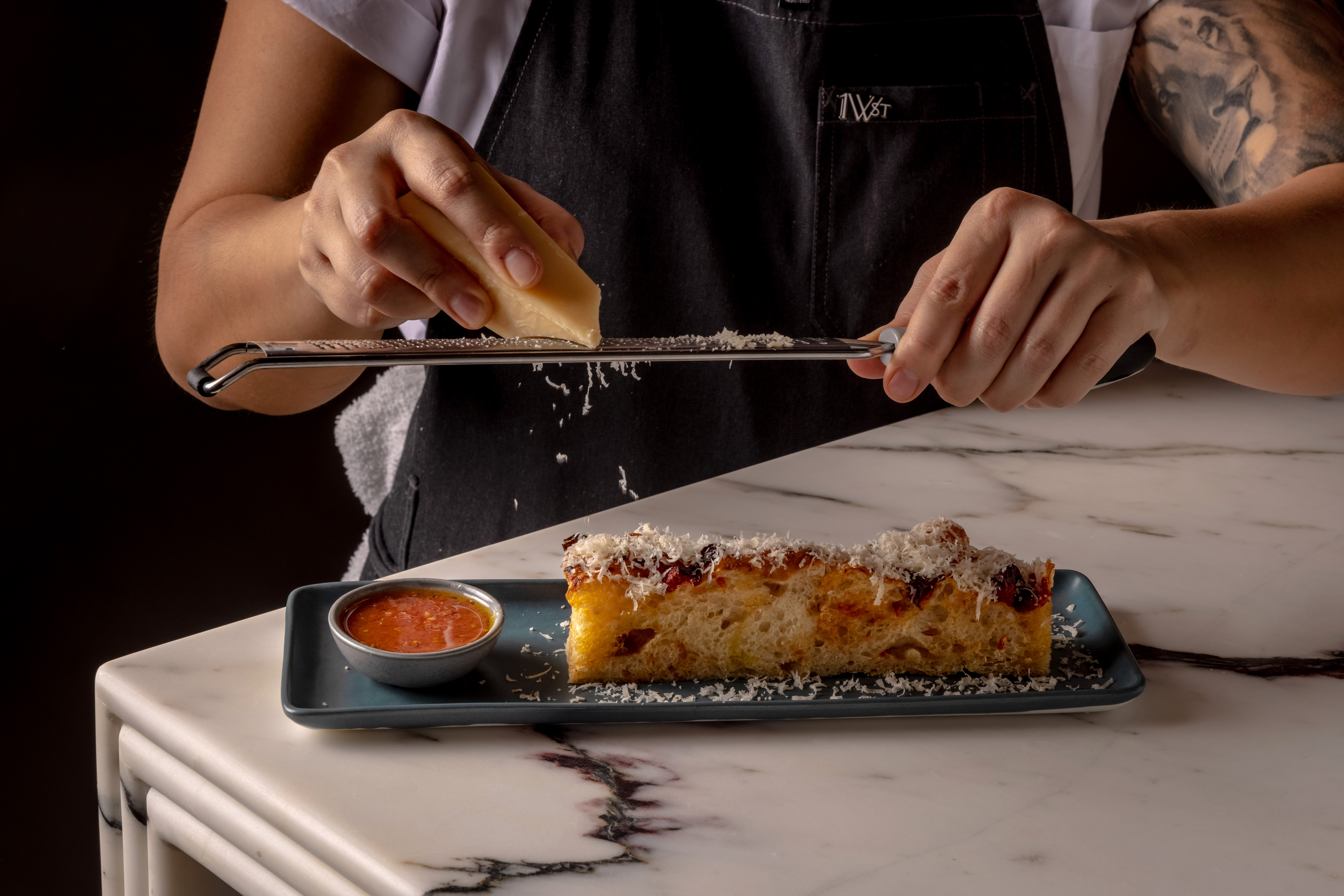 The food at One White Street.

In order to bring produce-forward food to New York City, he knew he wanted to open his own farm upstate where they could control the product: enter Rigor Hill, their Hudson Valley farm where they source their ingredients.

“Bringing that back to New York, it was always meant to be a product-driven restaurant. And the way I felt that was possible was to create a product-driven farm in New York State where we could grow all of our own produce, much to the quality that we were receiving in France,” Johnson says. “Cooking in France really simplified my cuisine and simplified my approach, and I felt like I never would’ve gone through that process had I never worked in that country and I’m very fortunate for that.” 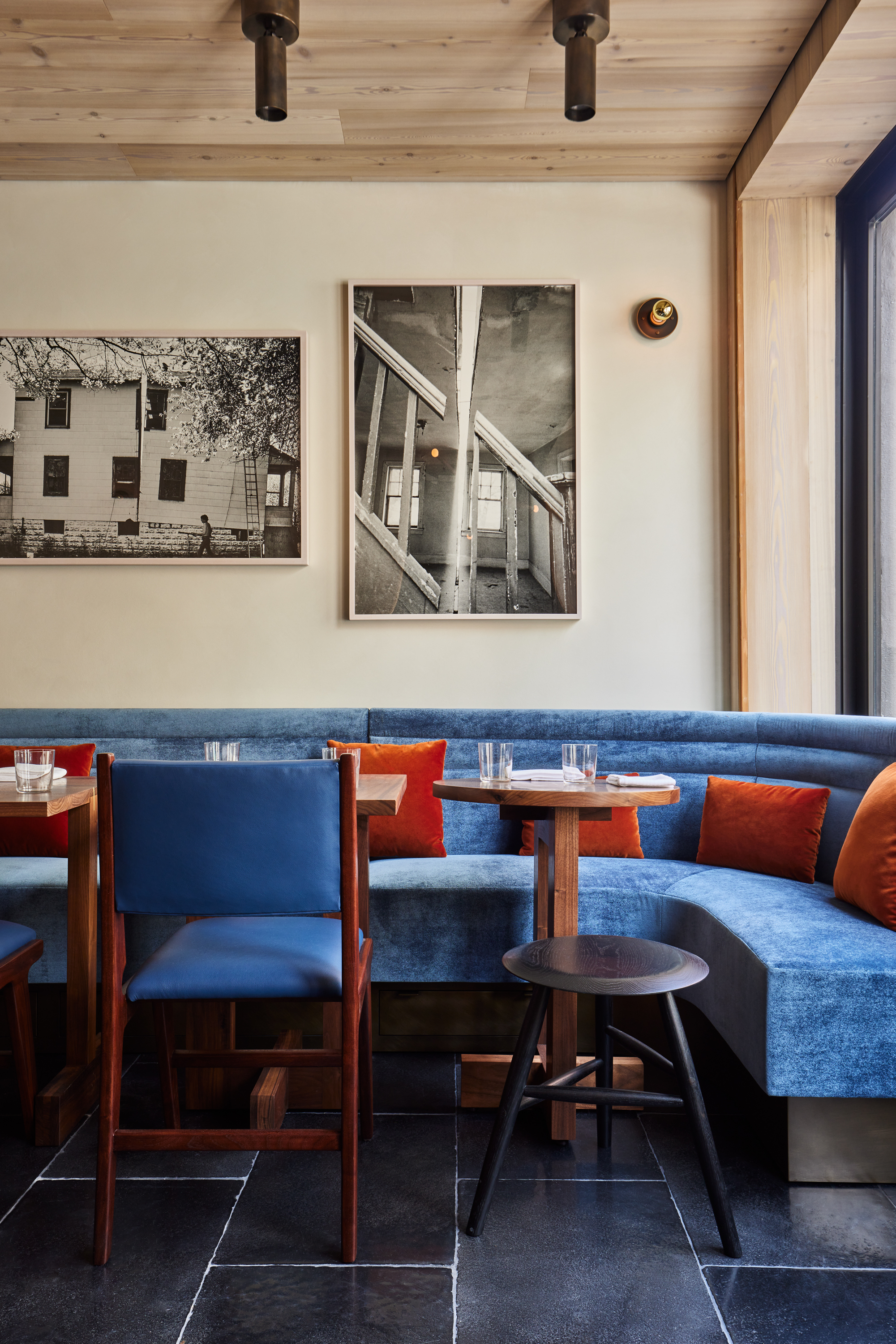 Inside One White Street.

More from the Eye:

The Duo Who Help the Fashion Industry Land Dream Jobs