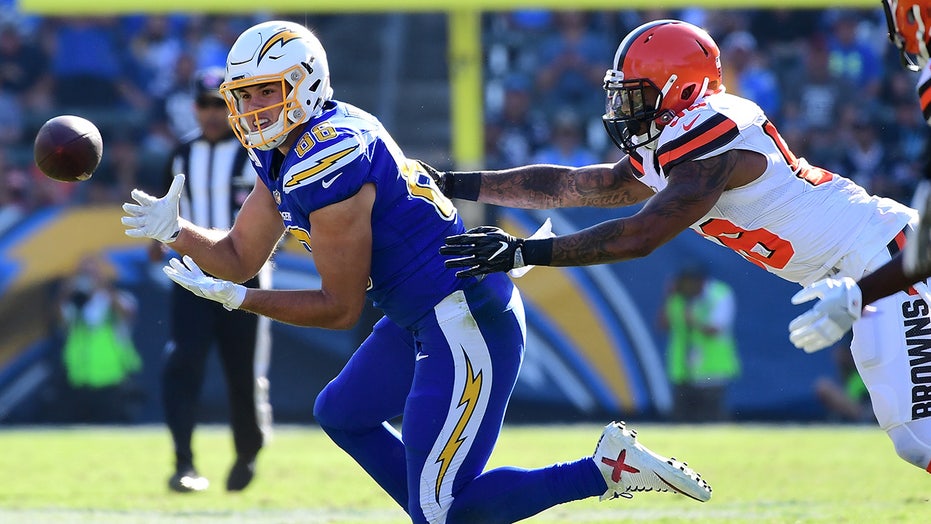 The New England Patriots added to their list of offseason acquisitions on Tuesday.

After going on a big spending spree Monday, the Patriots reportedly agreed to a deal with tight end Hunter Henry to a three-year deal. Henry’s deal is worth $37.5 million which includes $25 million guaranteed.

Henry is the second tight end set to join the Patriots after the team agreed to a deal with Jonnu Smith on Monday.

The 26-year-old is certainly going to add a jolt to the Patriots’ offense, along with Smith. With the Los Angeles Chargers in 2020, he had 60 catches for 613 yards and four touchdowns. He had 10.2 yards per reception.

Henry was selected by the Chargers in the second round of the 2016 draft. In five seasons with Los Angeles, he has recorded 196 catches for 2,322 yads and 21 touchdowns.

New England is now set to add two legitimate tight ends to their roster after barely getting any offense from any of them last season. The team used Ryan Izzo, Dalton Keene and Devin Asiasi last year. Asiasi was the lone tight end who had a touchdown catch in 2020.

The Patriots’ offense was ranked 27th in points scored and 27th in yards gained in 2020. With the new tight ends and wide receivers Kendrick Bourne and Nelson Agholor, it appeared that a 7-9 season was the wake-up call Bill Belichick needed to start spending on free agents.