‘Don’t put the pigs on the trampoline!’ Homeowners share the VERY funny comments they’ve overheard from neighbours in a hilarious online thread

People have revealed the very funny conversations they’ve overheard from their neighbour’s gardens.

Taking to Mumsnet, an anonymous person, believed to be from the UK, shared the relatively ‘mundane’ exchanges she has overheard from next door – including ‘bad-tempered work calls,’ and a sister who was adamant her youngest sibling was building a shelter ‘all wrong.’

She then went on to ask people for any amusing revelations they have heard since spending more time in their gardens amid the lockdown and UK heatwave.

Taking to the comments section, one person penned: ‘We heard a young boy yell “I don’t want to die like this!” in an anguished voice. Turns out it was the neighbour’s son playing Fortnite with his bedroom window open…’ 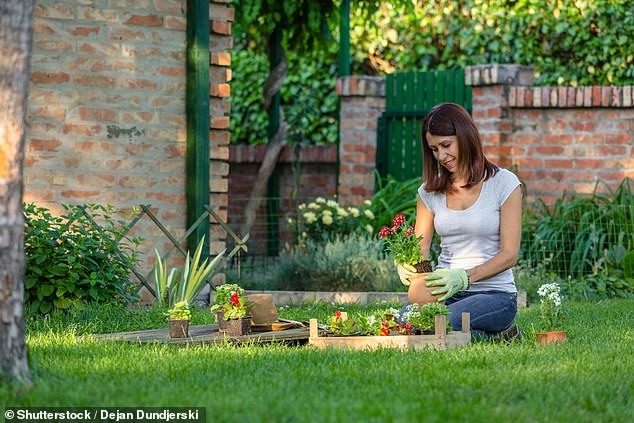 An anonymous woman, from the UK, has taken to Mumsnet to ask forum users to share the funny conversations they’ve overheard in their gardens. Pictured, stock image

A second recalled: ‘Heard neighbour dad telling his 20 year old DC that it wasn’t a good idea to invite random guys back for the night.

‘DC responded with “it wasn’t a random guy, we met on Tinder.”‘ I had to go inside at that point.’

And many of the comments proved that kids really do say the funniest things – with youngsters being the talking point of several of the responses.

One person told how fifteen years on, she still laughs when she remembers hearing her neighbour say: ‘Timothy don’t put the hosepipe down your sister’s nappy.’

Taking to the comments section, one person overheard a parent warning her child not to put the kitten in the oven (pictured)

Another told how her teenage neighbour was having a row with her mother when her mum erupted with: “I breastfed you and your brother for the same amount of time. There was no favouritism.”‘

Elsewhere, one person revealed how she had to endure her neighbour’s violin lessons in the garden amid the summer holidays.

She recalled the parent saying: ‘That was lovely darling; would you like to play it in tune now?’ following an excruciatingly out of tune violin scale – and yes violin practice took place in the garden every day that summer.

‘DH ended up tuning said violin in despair but it didn’t really improve matters much.’

Meanwhile, a further was amused by next door’s revelation when he was sawing something outside.

She explained: ‘Guy next door was sawing something and suddenly exclaimed ‘That’s why it’s called sawdust! Because it’s the dust from when you saw!’ He’s a teacher …

Other random overheard exchanges includes: ‘no you can’t put the pigs on the trampoline, it’s too hot’ and ‘No! Don’t put the kitten in the oven!’