“I would have driven her anywhere, because I thought she was really good and needed to get some performing experience,” says Phoebe Bridgers’ mother, Jamie, who is a real-estate agent and standup comic, but as we see below, also the best kind of stage mom. Phoebe, who is up for four Grammy Awards at Sunday’s big show, spent much of her teen years performing — and being driven to performances all over Los Angeles by her mom. As a companion piece to Variety‘s cover story, below, Jamie tells the stories behind the photos from those years. (As told to Jem Aswad) 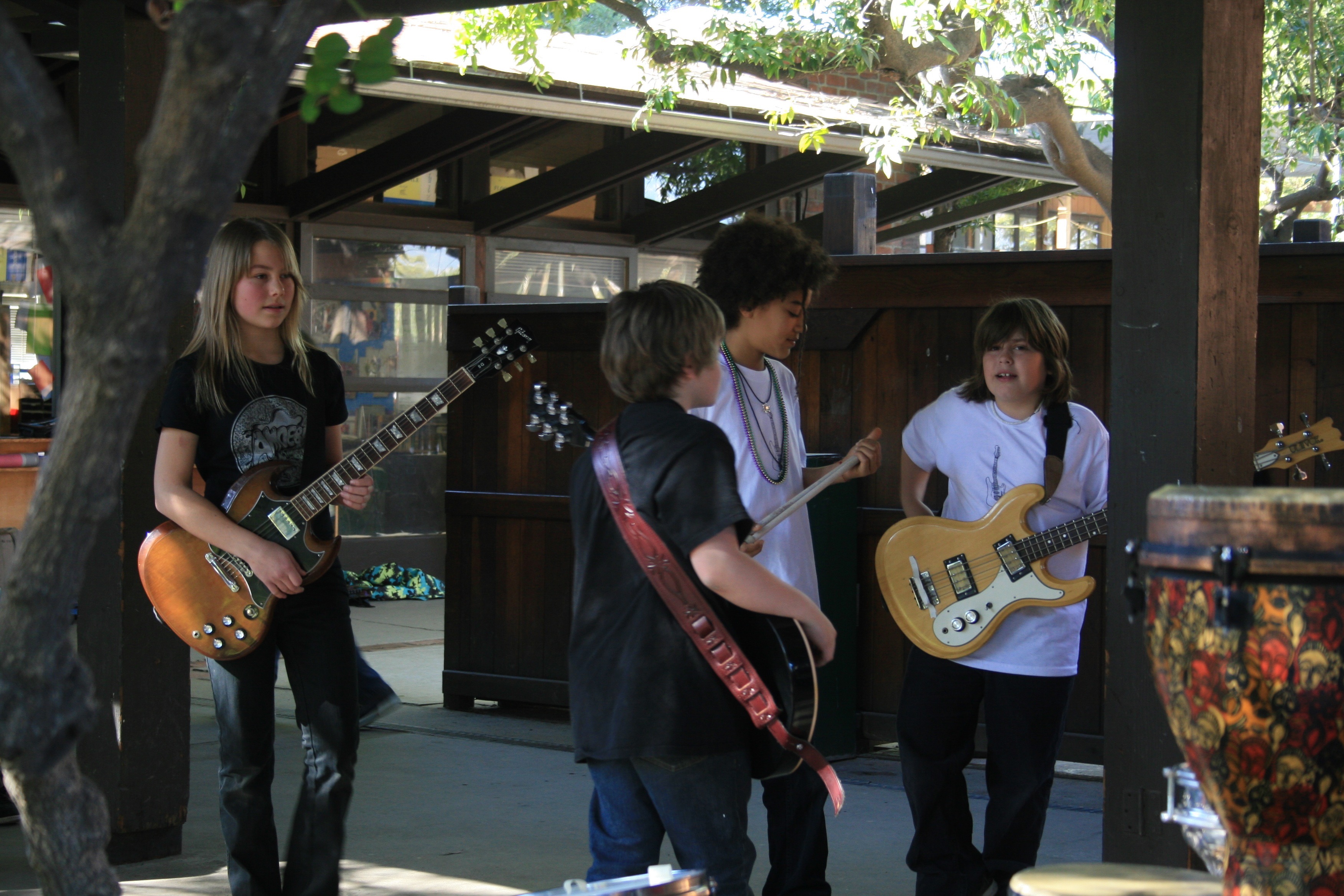 “This is right around the end of seventh grade, with her band after their school’s music festival. Phoebe went to Sequoyah School in Pasadena, a kinda progressive, hippie elementary and junior high school. This band had a lot of different names but the one they used the most was the Dregs. The tall kid is (singer-guitarist) Ben Harper’s son CJ; the one with the yellow bass is Otis King, his dad is Jon King from [Beastie Boys/Beck producers] the Dust Brothers; and the other kid is Cormac Roth, his dad is [actor] Tim Roth — he’s a great guitar player, he could shred even in sixth grade. Both of those guys are still playing and Otis is producing, they were all serious. If kids wanted to play Phoebe would be like, “Do you have good instruments? Are you practicing?” … That’s an Amoeba [record store] shirt she’s wearing — don’t think for a second it was chosen casually.” 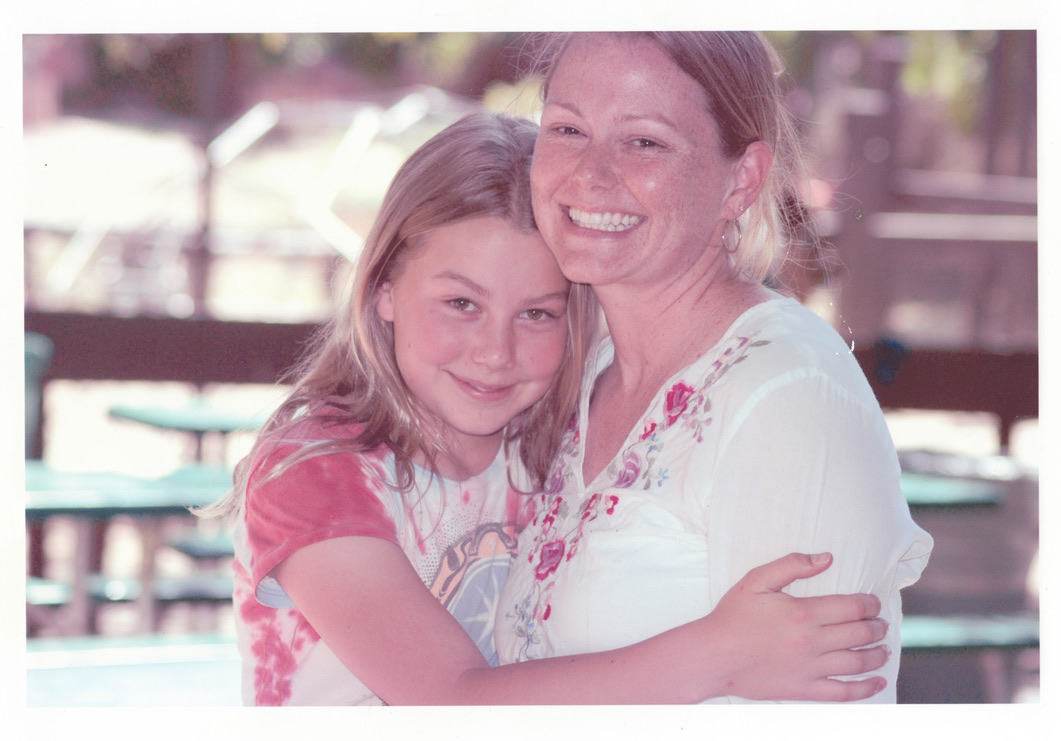 “That’s just a sweet picture, also outside the musical festival, exactly a year before the one above. The person who took that is Robert Harmon, who directed ‘The Hitch.’ She’s wearing a Grateful Dead shirt — also very intentional.” 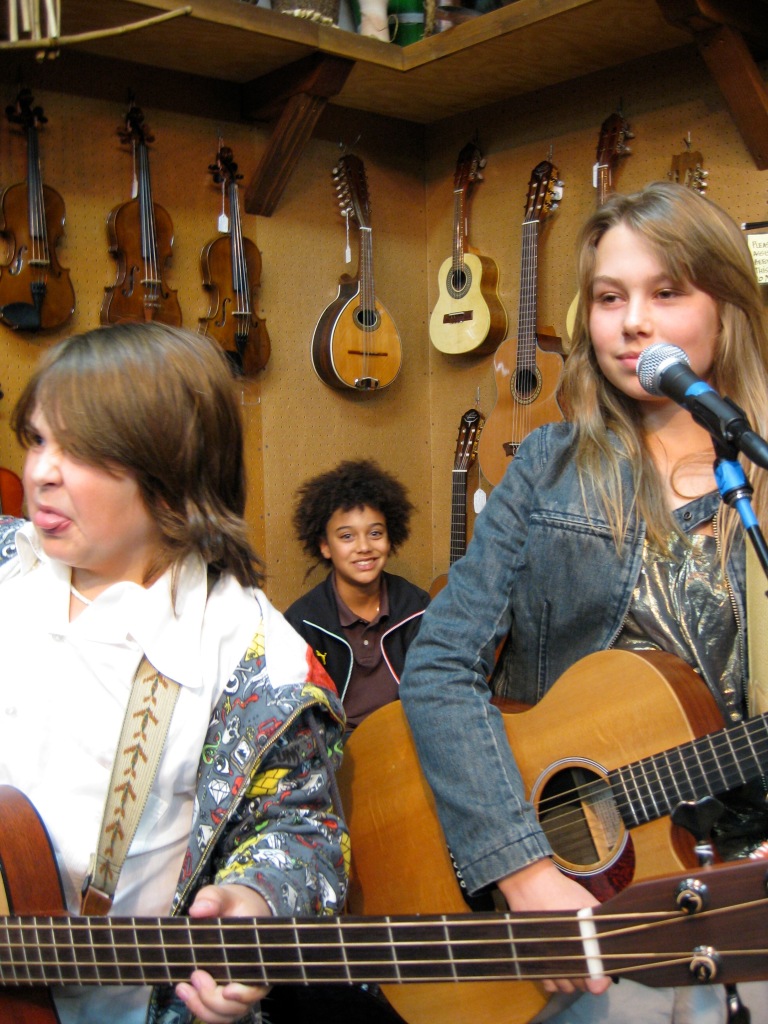 “This is seventh or eighth grade, playing at the Folk Music Center in Claremont — which CJ’s family owns — with him and Otis.” 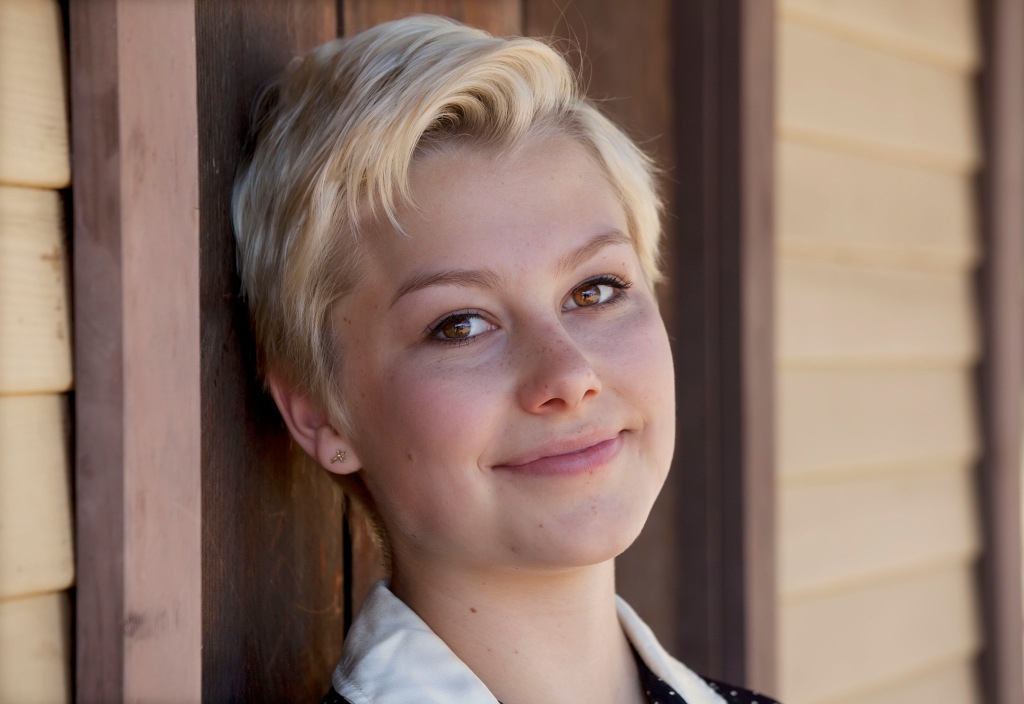 “Junior year of high school. This was at a bluegrass contest that Phoebe entered every year, and the photographer’s son played fiddle. The dad, Keith Skelton, asked if he could take some portraits and we said sure — and I later found out he was the White House photographer for Gerald Ford!” 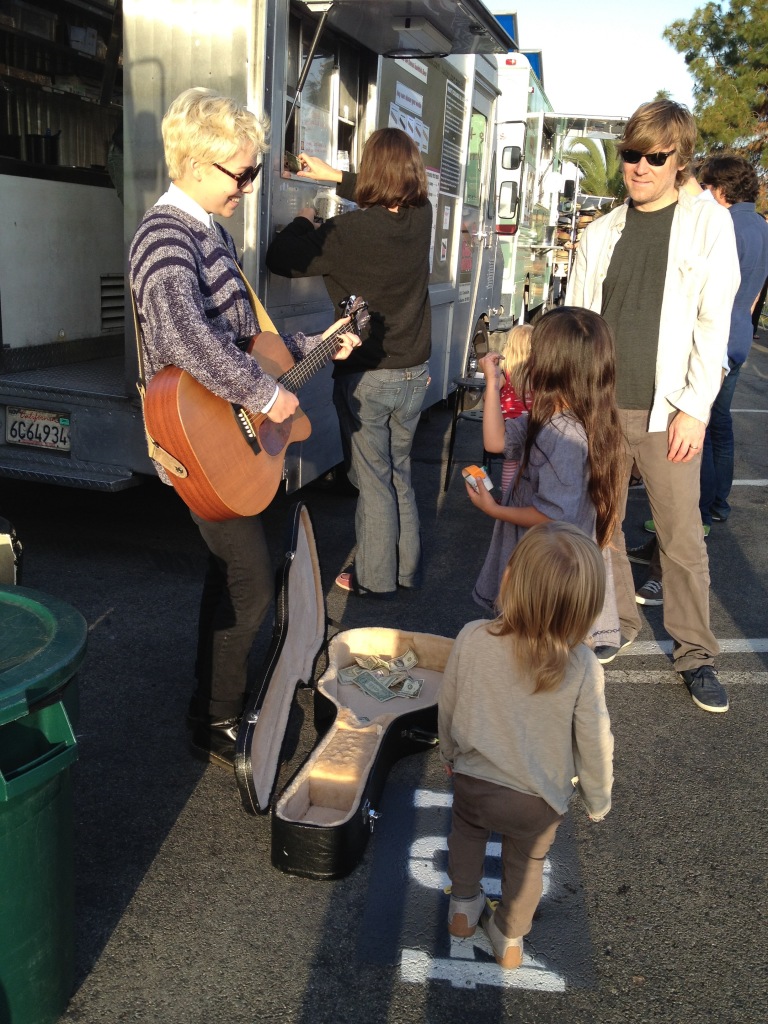 “These are senior year of high school, we used to go farmers’ markets and she’d play for a couple hours and make some money. Little kids loved her and she was always really sweet with them and would bust out a Taylor Swift cover, and play Crosby, Stills & Nash for the adults.

“People would see her play and say, ‘Hey, want to play at my wife’s birthday party?’ for $100 or whatever. She played one about 12 years ago and I ran into the woman recently. She was like, ‘That was Phoebe Bridgers?! Oh my God, we always wondered what happened to that girl!’ And then I watched while she called her daughters and said ‘Phoebe Bridgers played my birthday party!’”

“Playing bass with Sloppy Jane, with Imogen Teasley-Vlautin on drums and Haley Dahl singing, at the Silverlake Lounge. A lot of Phoebe’s idols played here so this was a big deal for her. She’s wearing her boyfriend’s mom’s hand-me-down Gucci dress — she loved giving clothes to Phoebe. The logo on the bass drum? I think that was Imogen’s thing, but I love it.” 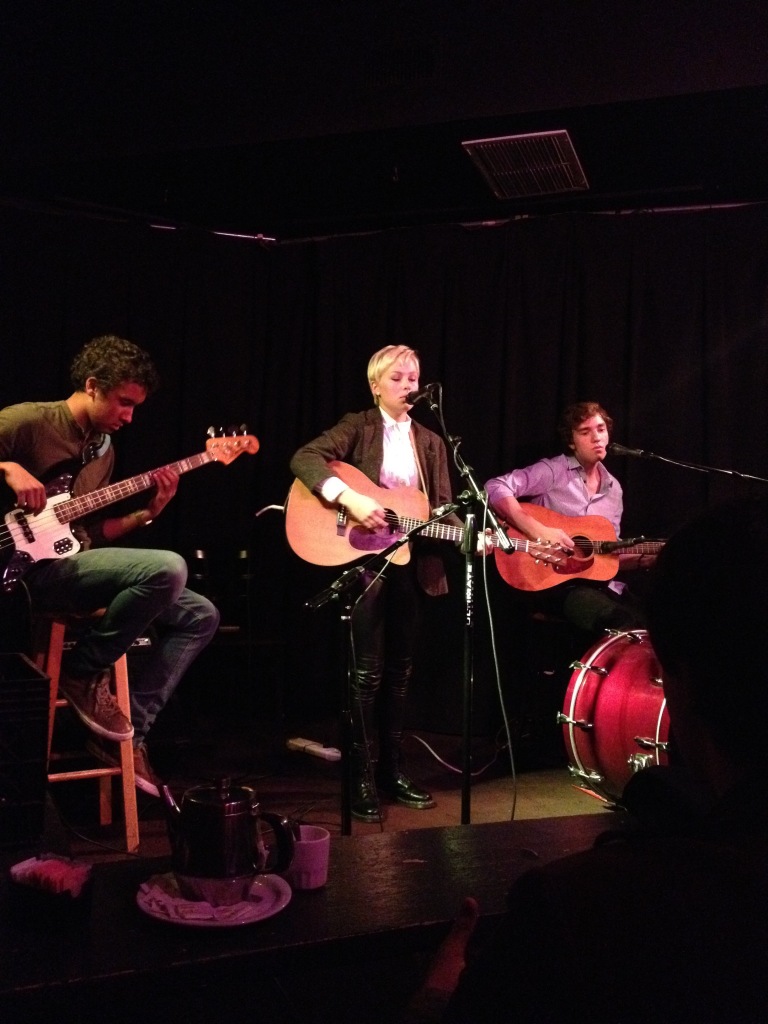 “The leather pants are another gift from her boyfriend’s mom. On the left that’s Jackson White, Katey Sagall and Jack White’s son — not the White Stripes’ Jack White. He’s a drummer and an amazing guy.” 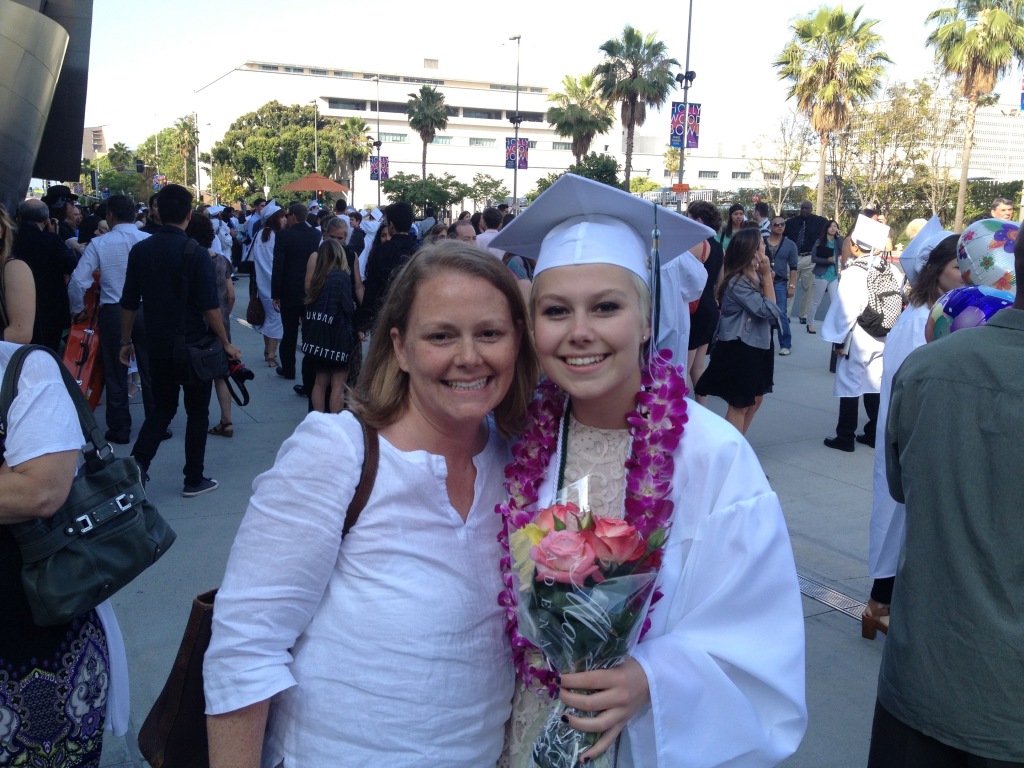 “High school graduation! I thought it was my job to make sure she furthered her education so I encouraged Phoebe to apply to Berklee School of Music. She got in, but she said it would be such a waste of money — she said, ‘Almost all of the people I admire who have gone there dropped out because they started doing music, and I just wanna skip that part.’ I just didn’t want her to be aimless – and she wasn’t, not even for a second.” 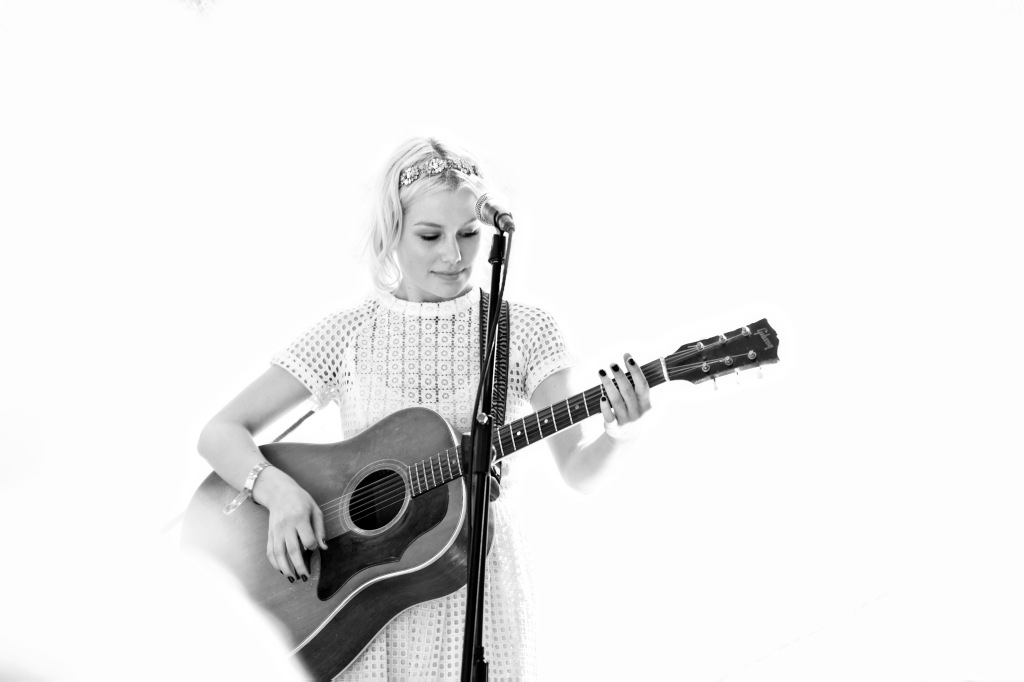 “Here, she’s 19 at the Claremont Folk Festival. She had been playing open-mics there since she was in junior high, so the fact that they actually paid her to play the festival that year was a big deal — it has headliners like Jackson Browne and the Blasters, so it was a fun day.” 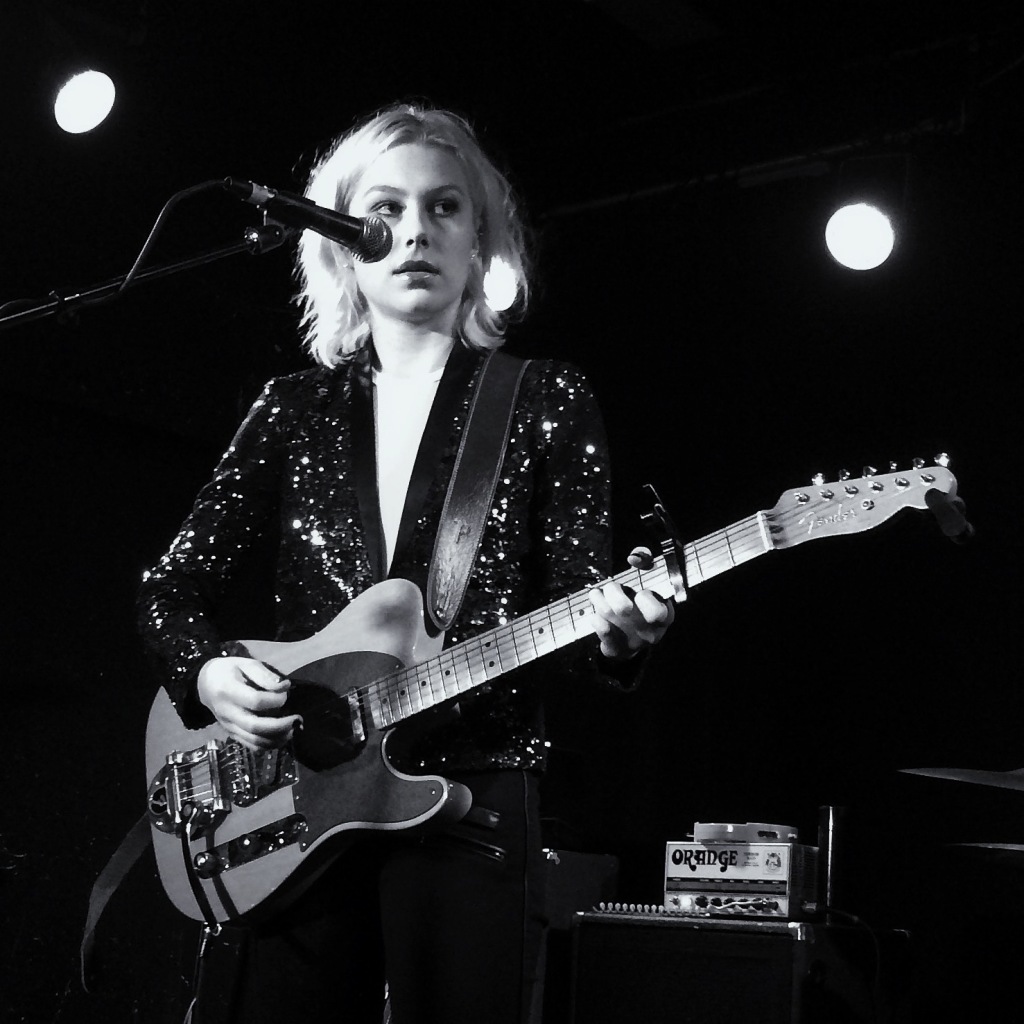 “That jacket was a really important purchase, let me tell you. This is the year after graduation, right before she got the iPhone commercial [that Phoebe starred in, in 2014]. I think they’e playing at the Roxy, that guitar was a Christmas present. This night one of my good friends came out and said, ‘You know, she’s already perfected that stage thing, she’s looking into the middle distance and all that.’ She was already ready for it.”