Phoenix police said Friday that arson is suspected in an overnight fire at the Arizona Democratic Party headquarters. Nobody was hurt in the fire, CBS Phoenix affiliate KPHO-TV reported.

Sergeant Mercedes Fortune with the Phoenix Police Department told KPHO-TV that they have “good video” from surveillance cameras in the area.

The building is shared by the Maricopa County Democratic Party and the state party, and a representative for the state party said the portion of the building housing offices for the county was affected the most.

“The fire is devastating but we refuse to let this be a distraction,” the Arizona Democratic Party said in a statement. “We feel more empowered than ever to turn Arizona blue.” 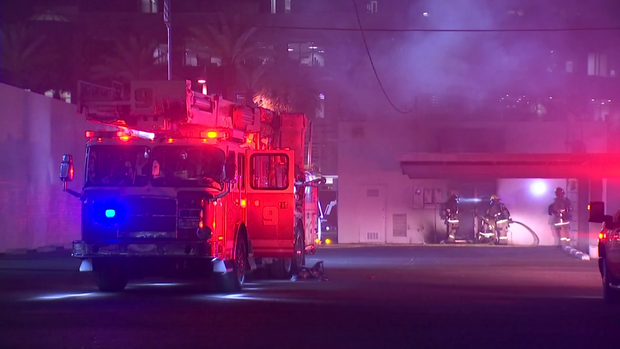 The incident comes just one day after police in another Arizona town released the results of an investigation into damage to a local Republican party office there. GOP officials initially feared a gunshot had been fired at a local Trump campaign meeting, though authorities later determined the incident was likely the result of a glass marble being thrown through a window.

Pete Buttigieg, who volunteered for the Arizona Democratic Party in 2004, tweeted that his desk “used to be right through that door.”

“Glad no one was hurt, and I know we can count on supporters to make sure AZ/Maricopa Dems are back up and running quickly as you continue to Turn Arizona Blue,” Buttigieg wrote.

Arizona is one of the battleground states in 2020. President Trump won the state in 2016 by less than four points, and a recent CBS News Battleground Tracker poll found Mr. Trump and former Vice President Joe Biden tied.