PLATELL’s PEOPLE: Regal Diana Rigg taught us that we ARE the feistier sex

For men of a certain age everywhere, Diana Rigg’s death will have come as a body blow. But millions of us women, too, are reeling from the loss of a superstar we worshipped and emulated.

When I was a young girl in the Sixties watching The Avengers on our black and white TV, my favourite game was playing Emma Peel, kick-boxing my big brother Michael — aka the baddie.

My baggy black tracksuit was her shiny, skin-tight black leather catsuit — a garment she later told us it took 45 minutes to squeeze into, which was a ‘total nightmare’. Like all of us, she was prepared to suffer for her looks.

Forget that feminist icon ­Germaine Greer, born one year after Rigg. Here was a woman who made girls all over the world believe we were born equal to men. She was what we aspired to be, sexy, gorgeous, empowered — and deadly. 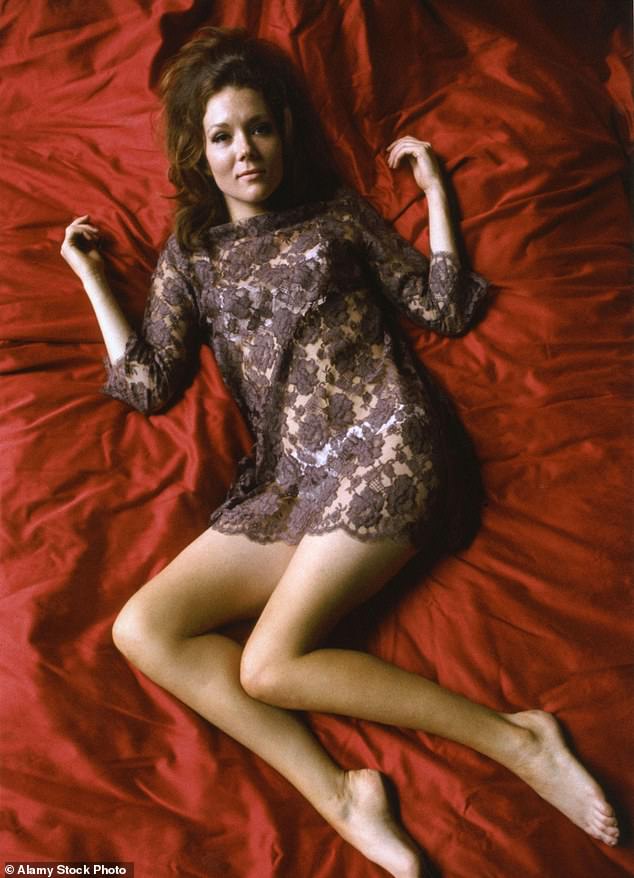 For men of a certain age everywhere, Diana Rigg’s death will have come as a body blow. But millions of us women, too, are reeling from the loss of a superstar we worshipped and emulated

Unlike Greer, Peel showed us that we didn’t have to burn our bras, we just had to believe in ourselves and have the confidence to take on anyone.

When she discovered the cameraman on The Avengers was being paid more than her, she downed tools and catsuit until she got parity with the crew.

Her salary was increased from the equivalent today of £3,500 a week to £10,500. Diana Rigg taught us how to stand our corner. She knew her value and fought for it — even though she was vilified for doing so.

‘I was painted as this mercenary creature,’ she said, ‘when all I wanted was equality.’ She was the personification of Girl Power decades before the term was invented.

A natural beauty as accomplished performing Mrs Peel as she was Shakespeare, Rigg was pumped up by confidence and supreme talent and a true belief in the potential of womankind.

What a contrast to the woeful female TV star whose disappearance from our screens also made the news this week — Kim Kardashian. She is just pumped up by facefillers and fakery. As for the moaning matriarchs of the #MeToo movement, Rigg would never have had truck with them.

Asked how she dealt with predatory TV and movie executives when she was young, she said she dismissed their advances as though they never happened and treated them with scorn, the ultimate rebuttal. Now that’s how every wronged woman should avenge herself.

The curse of Bridget Jones

Bridget Jones stars Colin Firth and Hugh Grant both turned 60 this week, so time to reflect on the curse of Hollywood’s greatest ever romcoms.

Renee Zellweger is divorced and childless. Firth is separated from his wife after her affair.

And Grant is married to the mother of three of his five children. Yet they all made millions out of a franchise that trumpeted traditional marriage, children and eternal happiness.

As Bridget prophetically pronounced: ‘It is a truth universally acknowledged that when one part of your life starts going OK, another falls spectacularly to pieces.’

British publishers are fighting over the rights to best-selling book I Hate Men by the French author Pauline Harmange — which, she boasts proudly, is an ode to ‘misandry’. Yep. I had to look it up, too.

It means… hatred of men. Harmange claims: ‘All women have suffered or will suffer violence from men, that is the source of our hatred, our malaise.’

Would these publishers be so keen if some chap were to pen a book about hating women? You must be joking — he’d be shown the door quicker than you could type Harvey Weinstein.

The £195,000-a-year BBC Breakfast presenter Naga Munchetty’s impartiality is questioned after she did high-paid jobs on the side for Aston Martin and NatWest.

Her unapologetic response was to turn up at the Beeb studio wearing a sweatshirt saying: ‘I’m not for everyone.’ 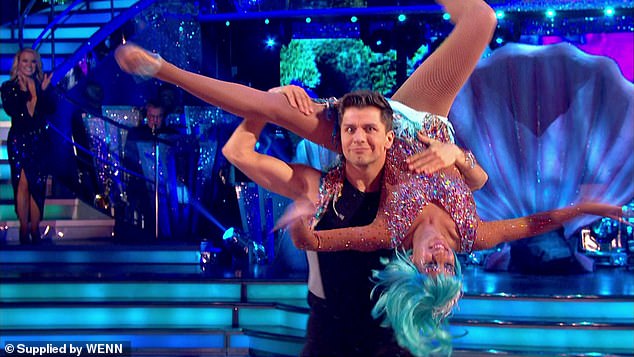 Platell: ‘The Munchetty star shone brightest just before she was booted off Strictly — with that final shot of her, knickers in a twist and legs akimbo over the head of her dance partner’

No, it appears not, Naga, only for the highest bidder.

Frankly, for me, the Munchetty star shone brightest just before she was booted off Strictly — with that final shot of her, knickers in a twist and legs akimbo over the head of her dance partner.

Di was no psycho

The hitherto unknown Emma Corrin won the role of Princess Diana in Netflix’s The Crown, having fulfilled the request for ‘a charming and flirtatious but also desperate and lonely self-harmer at her lowest ebb with the kind of psychological intensity of Mia Farrow in Rosemary’s Baby’.

So the Yanks see our Diana as a psycho? For the record, Diana was complicated yet much loved.

We remember her not for her bulimia but for her courage, for landmines campaigns, for holding the hand of those sentenced to death by Aids.

And as a beautiful Princess who kissed a Prince and discovered a frog.

The new diversity guidelines for the Oscars, which will now not include entries for Best Picture unless it includes more black, female, LGBT or any other disenfranchised groups in the making of a film, are to be applauded.

As an aficionado of the 36 Godzilla movies — the first was made in 1954 and the 37th is now in pre-production — I feel deeply his character has been stereotyped, trivialised and overlooked.

Perhaps if Godz were gay, or black, or transitioning, he’d be holding that tiny statuette aloft next year.

First game of the new season tomorrow for my team Spurs — and our ace midfielder, £100,000-a-week Dele Alli, posts pictures of his new £390,000, chauffeured Rolls -Royce Phantom. With the country on its knees, and Tottenham fans unable to attend the game even if they could afford it, was there ever a worse time for a pampered footballer to flaunt his wealth?

The humourless, haranguing Emma Barnett is to take over from our velvet-voiced Jenni Murray on Women’s Hour.

Yes the woman with all the subtlety of a Kalashnikov, famous for her book on the menace of menstruating, It’s About Bloody Time. Period.

A bad choice for the Beeb, I’m afraid. Period.

Before the inquiry began on Monday into the Manchester Arena bombing, all the parents of the youngest victim, eight-year-old Saffie Roussos, were seeking was for lessons to be learned so no other family would suffer the unimaginable loss they endure on a daily basis.

Yet we heard that due to confusion between the emergency services, it took 40 minutes for just one paramedic to arrive after the blast.

An arena worker alerted a PC to Salman Abedi 32 minutes before the bomb went off.

The inquiry heard there were missed opportunities to stop him. And we also heard the bomber had been on MI5’s radar for years and he visited convicted terrorists in prison here. A desperate litany of failures.

For the families the inquest is becoming the opposite of closure — it is torture.