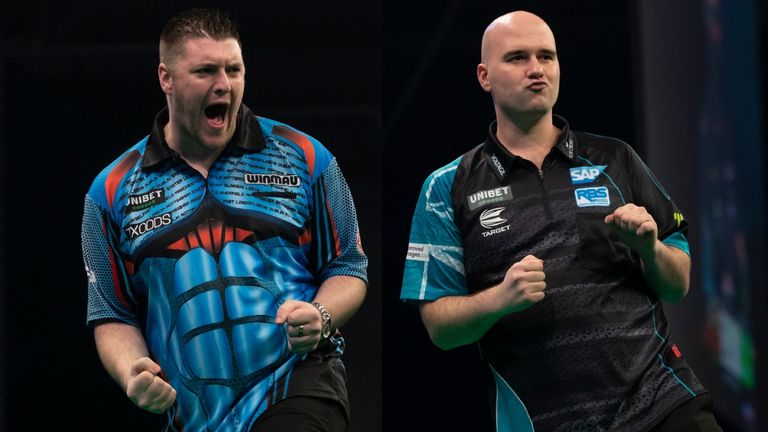 The battle for top spot and the race for the play-offs is providing a fascinating sub-plot, but the fight to avoid Premier League elimination takes centre stage on Judgement Night, with three players still bidding to beat the drop.

It appeared to be mission improbable for Daryl Gurney ahead of the tournament’s resumption, as he trailed both Rob Cross and Gerwyn Price by three points with Judgement Night looming.

Gurney had amassed just two points from his opening six fixtures, but having beaten a beleaguered Chris Dobey on Tuesday, he produced a tenacious display to topple Nathan Aspinall less than 24 hours later.

The Northern Irishman now has his destiny firmly in his own hands following back-to-back defeats for Rob Cross. The world No 4 has claimed just five legs against Michael van Gerwen and Michael Smith over the last two nights, and he trails Gurney by a solitary point heading into Thursday. 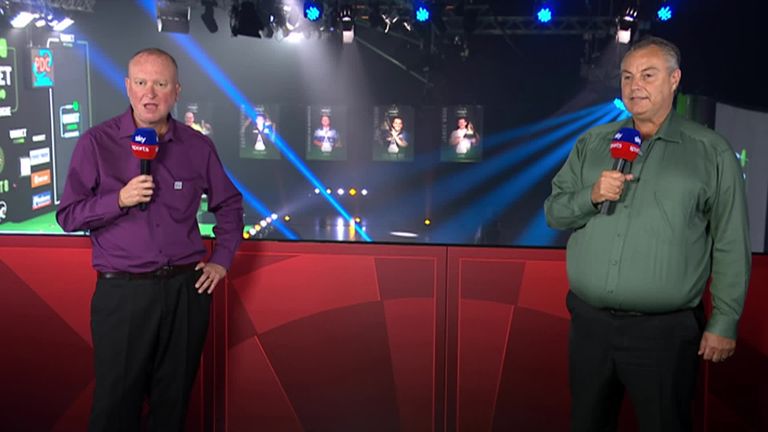 Gerwyn Price is the third and final player involved in the elimination battle, although ‘The Iceman’ is a virtual certainty to survive, having thrashed his old nemesis Gary Anderson 7-1 on Wednesday night to move two points clear of a struggling Cross.

Price locks horns with Jermaine Wattimena, who is making his Premier League bow as the ninth and final challenger of 2020, where he just needs to avoid a whitewash defeat to preserve his status.

We are guaranteed to lose one of the world’s top seven from the competition, but who will it be? Here’s our lowdown on the fight for survival, and the permutations for those involved… 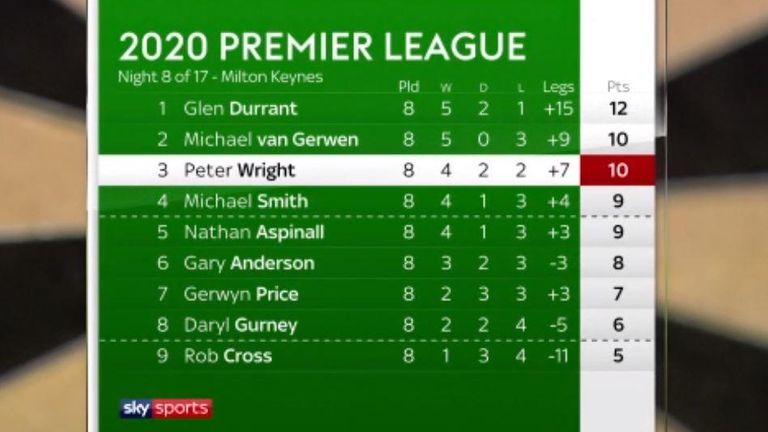 It’s been a miserable couple of nights for Cross in Milton Keynes and having just missed out on top spot in last year’s competition, the 2019 finalist faces the prospect of elimination unless he can salvage a positive result against league leader Glen Durrant.

‘Voltage’ made a positive start to the season in February, following up a battling point against Gerwyn Price on opening night by edging out debutant Nathan Aspinall, to amass three points from a possible four.

However, he’s without a win in his last six fixtures and has claimed just two points since then. It’s been a tough few months on and off the board for the world No 4, but he looks a shadow of the player that starred in last year’s showpiece. 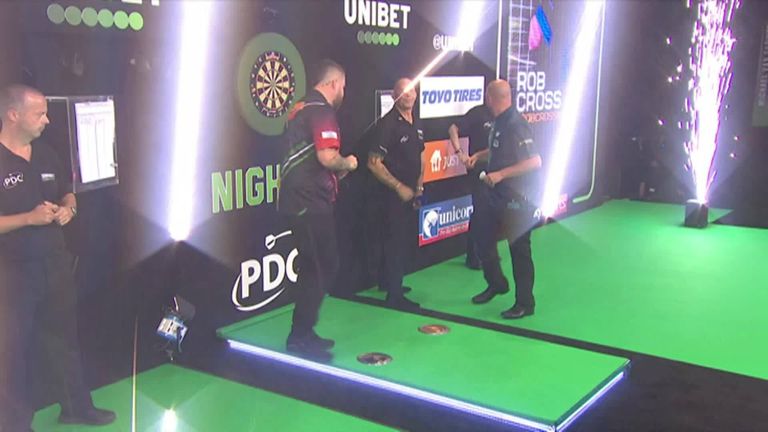 “Rob Cross is just not releasing the dart early enough and it’s all such an effort for him. The darts end up going in at an angle and Rob can really see it.

“It just dents your confidence and this has been going on now for probably about a year. He won the Matchplay last year playing similar to this, got away with that. He got away with winning the European Championship.

“Rob Cross has definitely got problems. We know that anyway, but his game is in absolute turmoil. He is just about competing right now.” 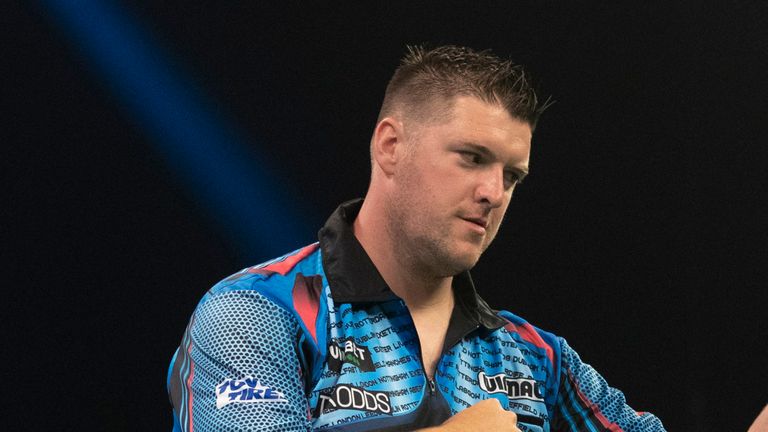 Gurney endured a stuttering start in both his previous Premier League campaigns and rallied to finish fifth in 2018, before progressing to the play-offs 12 months ago. If he can survive Judgement Night, he’ll be hoping for another sprint finish to put himself in top four contention.

The Northern Irishman appears to have utilised the hiatus to great effect and although he was slightly fortunate to defeat Chris Dobey despite such an off-colour performance, he showed his class in toppling Aspinall on Night Eight, averaging over 105 for the second half of the contest.

‘Super Chin’ is a proven winner and his two major titles attest to that, but he faces a tough task on Judgement Night against Wright. His destiny is in his own hands which appeared an unlikely prospect earlier this week, but he may yet be left to rely on Durrant to do him a favour.

Gurney: I’ve given myself an opportunity 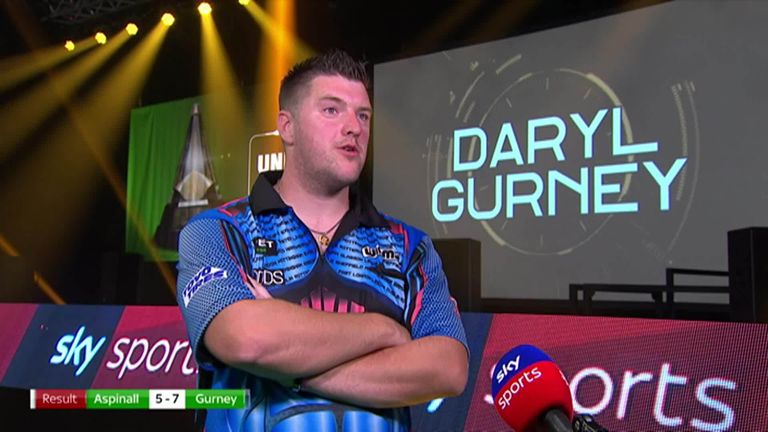 “Whenever I got to six legs, I thought the way this game was going, it was going to be a good point. Whenever it came to 6-5 and I had the throw in the last leg, I thought if I throw a really good leg I could possibly get two points.

“It was a really hard game against probably one of my best friends on the tour, to get myself angry and get myself in the zone. I’m thankful I got through that game and got two points. 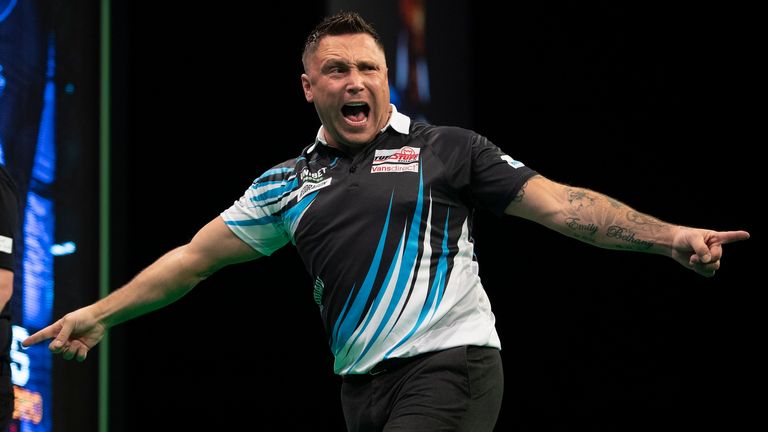 It’s been a mixed campaign for ‘The Iceman’, who finds himself just two points adrift of a top four spot, but also not mathematically assured of Premier League safety.

The 35-year-old was unbeaten in his opening four games but suffered three consecutive defeats prior to Night Eight, where he emulated his 7-1 win over Wright on Night Four with victory over Anderson by the same comprehensive scoreline.

The Welshman was eliminated on debut in 2018 but is a virtual certainty to survive this time around and irrespective of other results, just a solitary leg against Wattimena will be sufficient for the world No 3 to maintain his place in the competiton.

Price: I need to improve 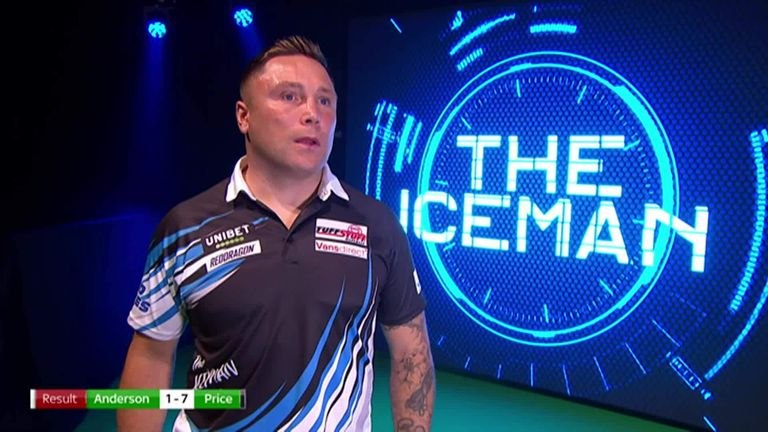 “I think there are a couple of hurdles, people are trying to trip me up along the way but I got through the game [against Gary] and I’m happy with that.

“I just gave myself a kick up the backside to stop being so negative and not worry so much about the surroundings. I thought for the first four legs it was fine and then someone decides to turn the volume up.